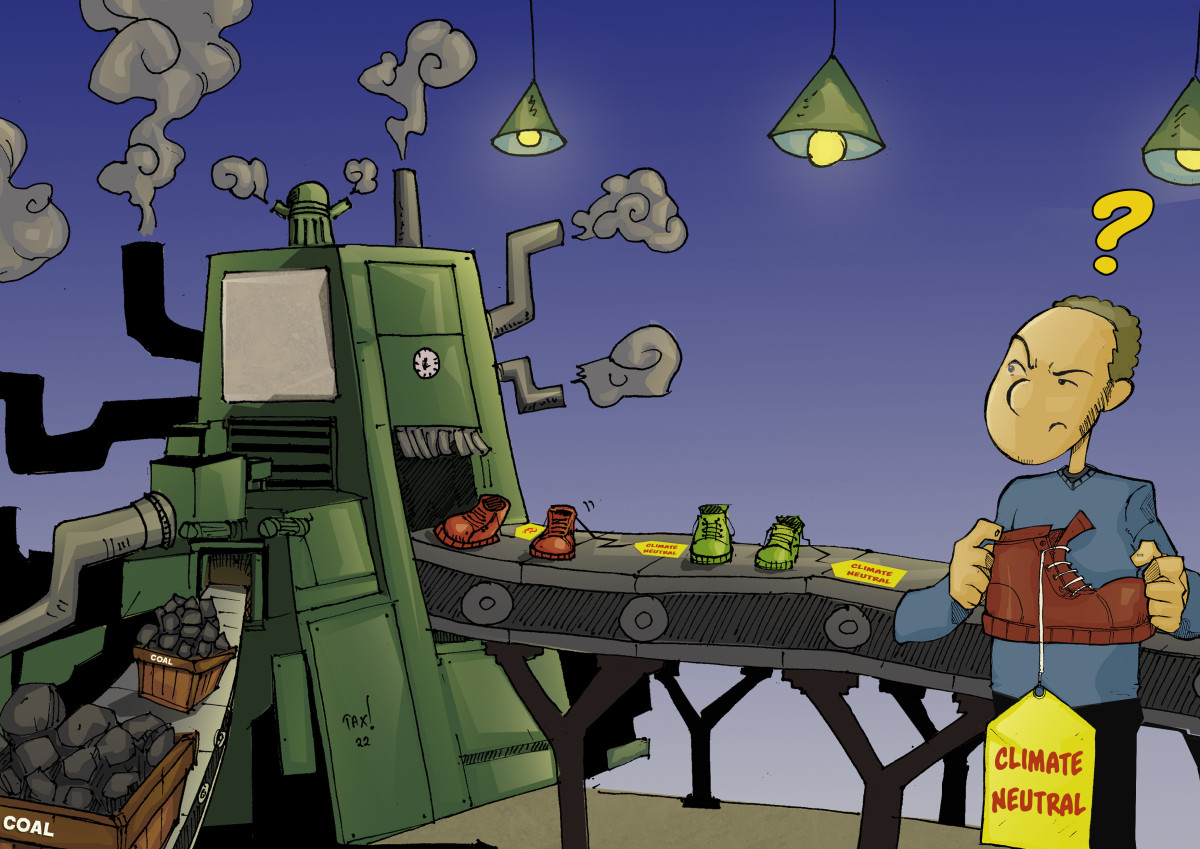 Products labelled as “climate neutral” deceive consumers and undermine progress in reducing emissions, argues Environmental Action Germany, an NGO specialising in fighting environmental cases in court. “They are totally counterproductive because they turn real competition in the field of environmental action into pure bluff,” says its executive director, Jürgen Resch. In this interview with Clean Energy Wire, Resch argues that corporate “climate neutral” claims delay effective climate action, because they falsely suggest environmental improvements. He says regulators are unlikely to end this trend that is “spreading like a pandemic,” which is why his organisation is suing companies over their climate claims.

*** Please note: This interview is one part of the CLEW focus on company climate claims. This dossier lists our existing publications and future content plans. Other journalists can also get involved - Find out more here. Our upcoming events are here. This blog explains why we decided to launch the project.*** 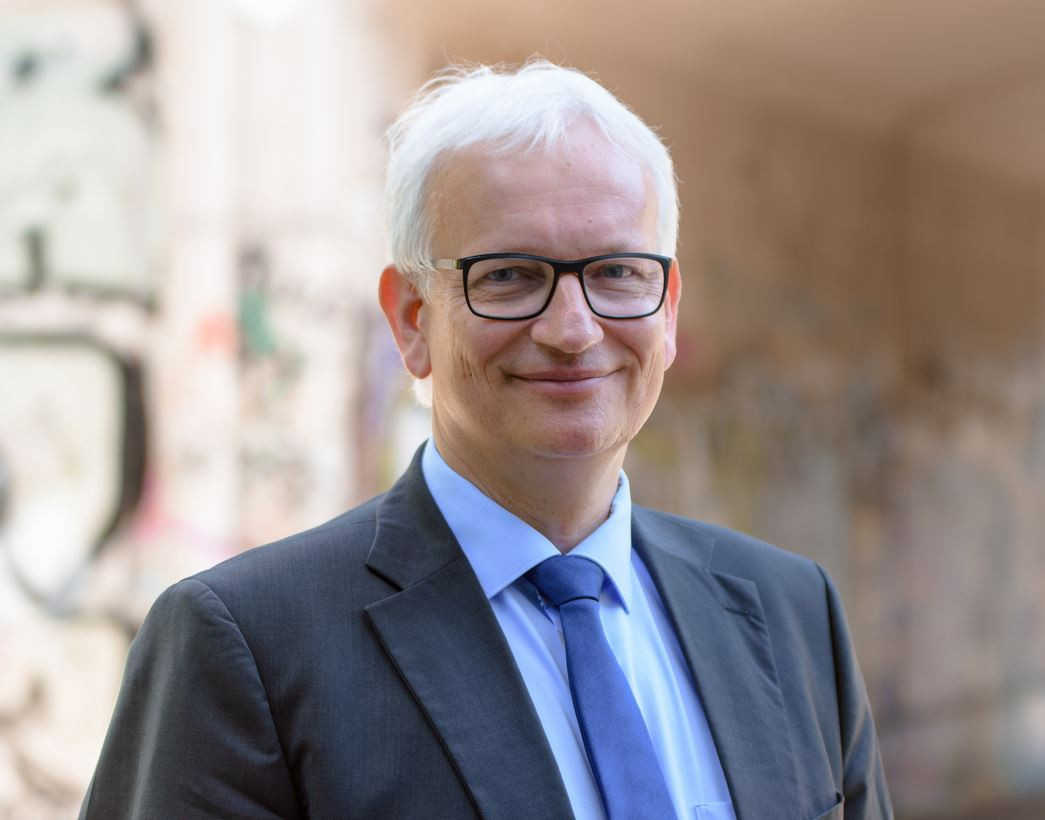 Clean Energy Wire: Why has your NGO decided to sue companies for launching “climate neutral” products?

Jürgen Resch: There are now hundreds of products and services that claim to be “climate neutral” – this trend is spreading like a pandemic, and I fear it will continue if we don’t stop it now.

The claims definitely confuse and disinform consumers, and in some cases they also suppress a bad conscience that is rightly associated with buying certain products. Take for example oil giant Shell, which charges an additional 1.1 cents per litre of petrol as an indulgence fee so you can tell yourself and others: I’m travelling “climate neutral” in my car. Even someone who zips down the motorway at a ridiculous speed in a huge SUV can claim to do it in a “climate neutral” fashion by paying less than one euro extra at the petrol station.

Let me give you some more examples to illustrate the absurdity of these claims. Some companies have gone even further: for example, discounter Aldi sells “carbon negative” Brewdog beer. According to that logic, each can of beer you buy helps the climate. In a similar vein, Green Airlines, a German domestic startup, said they would overcompensate your flight emissions. If this was true, it would be the environmentalists’ duty to board as many flights as possible to fight climate change. This is just crazy.

A simple calculation shows why we consider this consumer deception. If Germany wants to be “climate neutral” next year, the government will only have to spend around 13 billion euros – a third of the yearly profit made by the country’s top three carmakers! – to buy enough carbon offsets to compensate the entire country’s emissions. Okay, there might be a shortage on the market, but maybe Brazilian president Jair Bolsonaro can help by speeding up the deforestation of the Amazon – this would open up huge areas for reforestation projects that could then sell even more offsets. And if these new forests are then destroyed by drought or a fire a few years down the road, we can begin to save the climate anew…you see what I’m getting at. This is nothing but a bluff and has nothing to do with environmental protection.

But wouldn’t you agree that products labelled as “climate neutral” have a smaller impact on the climate than others, even if it is not zero?

No, I don’t believe that’s true. Real attempts at reducing a product’s environmental impact require much more effort and money. For example, they need really good and sustainable ingredients. “Climate neutral” labels offer industry the opportunity to use the cheapest ingredients and the cheapest plastic packaging. They only have to pay a fraction of a cent per product to declare it “climate neutral,” regardless of the real impact.

Large retailers and industry are currently in the process of wiping out the very real efforts of small regional companies to minimise their environmental impact by blasting out these promises of salvation that their products cause no environmental damage. But these are lies. Take, for example, a local brewery that only uses regional products and reusable bottles that are transported over short distances – these are steps that really help the climate. But “climate neutral” labels offer large companies the opportunity to claim that their products are much better for the environment – they can declare mineral water in single-use plastic bottles that have been transported over thousands of kilometres “climate neutral.” Climate claims are a promise of redemption that delay real improvements. 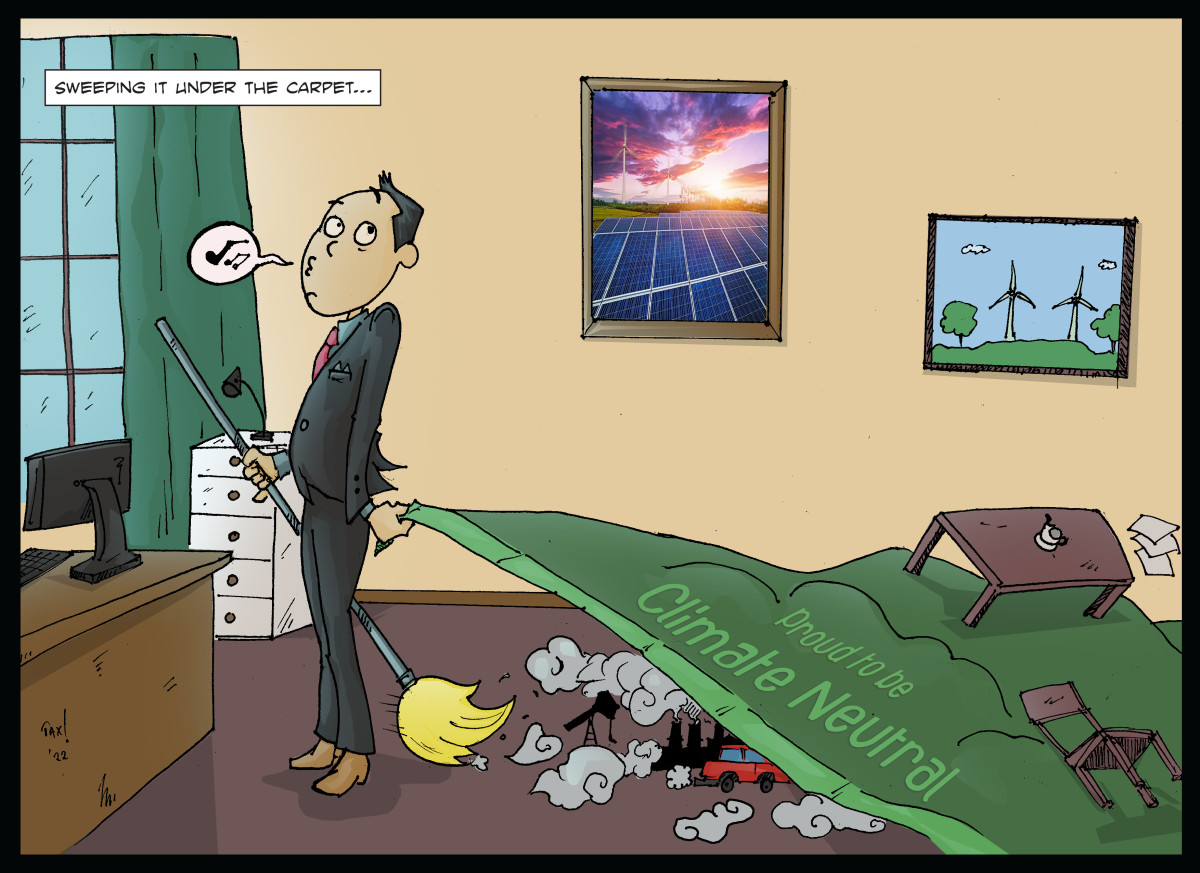 A case can be made that  “climate neutral” claims represent progress in that they at least prove that companies have understood that they must act on the climate?

No, they are totally counterproductive because they turn real competition in the field of environmental action into pure bluff: The more audacious the lie, the more successful you can be. We want consumers to be able to compare products based on their real environmental and social impact, and we certainly want to put an end to the distraction caused by this absurdity, which takes away the pressure to improve the products. This is a dangerous development: It can lead to a situation where everyone talks about climate neutrality, but no-one actually does anything to achieve it.

I want to send companies an urgent warning not to use these labels. The more success they might have at the start, the more painful the consequences will be once the courts put an end to this unfair competition.

We don’t want to be misunderstood: We believe it’s super important that companies engage in climate protection, but they must not tie that to promises of “climate neutral” products. For example, I want to applaud the decision by German retail chain Rewe. Thanks to the efforts of NGO FoodWatch, Rewe said they will stop advertising “climate neutrality,” while continuing to support emission-reduction projects, in this case the protection of moorlands.

But companies must have the chance to advertise efforts to reduce their climate impact, given that these efforts still entail higher costs.

It is totally legitimate for companies to advertise the fact that they have reduced a product’s emissions by a certain percentage. We welcome this kind of comparative advertising, along the lines of “this product causes XYZ percent fewer emissions than a rival’s,” “we use XYZ percent fewer raw materials” or “we don’t use cobalt from Africa.” It would be fantastic if companies managed to reduce their products’ carbon footprint by, say, 90 percent, and they would let consumers know this so they can take it into account when choosing those products.

What is the final aim of your legislative action? Do you expect regulators to step in with a ban?

The German government and regulators are currently not in a position to see this through. Other countries – for example Denmark, France or the UK – are much more decisive in regulating companies, banning false advertising and punishing violations. In Germany, this duty falls on consumer protection organisations like us. I have very little hope that German regulators will put an end to these practices. Accordingly, we will have to act on the basis of existing laws and try to raise public pressure to such an extent that companies decide against using such claims.

What about the EU? Do you see a chance for it to act on “climate neutral” claims by tightening consumer protection regulations?

That’s possible in principle, but the problem is that such decisions require unanimity, or at least qualified majority support. In all countries with large retail corporations, there are massive efforts underway to weaken attempts to tighten consumer protection regulations. Just look at the Fit-for-55 package. It started as a truly ambitious campaign, but many decisive initiatives have already been weakened following intense industry lobbying.

Let’s look a little bit further into the future. As Germany and the EU get closer to climate neutrality in the coming decades, an increasing number of products must become truly climate neutral not only by name. When do you expect the first such products to appear?

I’m really curious to see what will happen in this area in 20 or 30 years. Of course, climate neutral products must appear on the market. But what annoys me is this tendency to skip the present and dream about the remote future instead. Even small immediate steps like a speed limit on German motorways or an obligation to offer reusable packaging for takeaway food are not implemented, while people discuss with great ambition what will happen in 2045, the date by which Germany wants to become climate neutral.

We have a long way to go before we can get anywhere near products that are truly climate neutral, because for this to happen entire supply chains will have to become carbon neutral. For example, even if you use green hydrogen to produce plastic products, all parts of the electrolyser you need must be climate neutral, as well as all the transport that is involved, and so on.

Some politicians and visionaries like to discuss the remote future, but I’d rather not get involved in that. To fantasise about the possibility of having entirely climate neutral products sometime in the distant future is akin to betting on the invention of teleportation to solve the problems associated with transportation. Instead, I want to talk about the here and now. I want to see immediate steps to start the transition today.