For Germans, climate change topped the list of the most pressing global issues for G20 to fix, a poll by public broadcaster ZDF showed. Thirty-three percent put solutions to climate change at the top of the list, 29 percent said the migrant crisis was the most urgent issue, followed by terrorism (27 percent) and free trade (7 percent). But 78 percent of those polled expected no impetus from the G20 on those issues, only 10 percent expected progress, while 10 percent feared the G20 would be falling back. 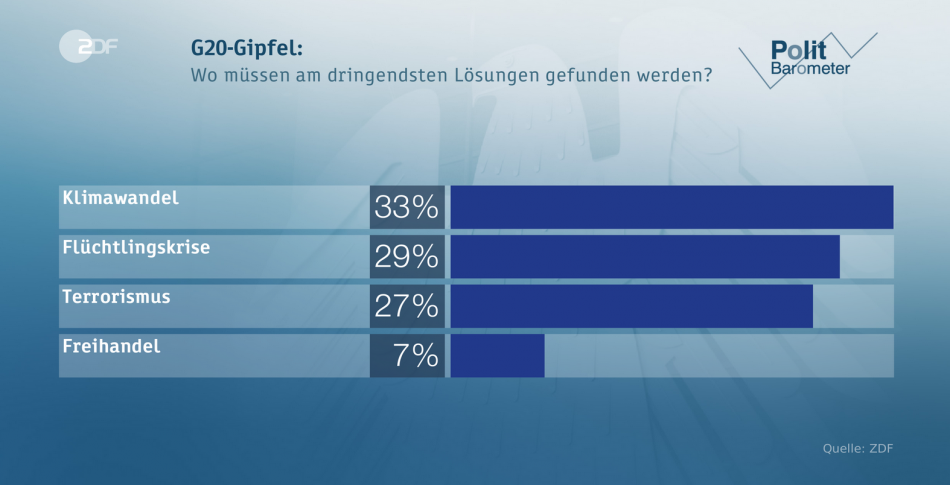