The wording on climate policies in the final G20 communiqué was still not decided, German Chancellor Angela Merkel told reporters at a press conference after leaders met to discuss the issue. The “large majority” of G20 members expressed their commitment to the Paris Climate Agreement during the working session at the Hamburg summit, she said. “On this issue as well, it will be interesting how we formulate the communiqué tomorrow, and make clear that there are obviously differences in this area, because the Unites States of America want to leave the Paris Agreement, regrettably. And that – of course – plays a role in the discussions,” she said. Before leaving the room for a bilateral meeting with Russian President Vladimir Putin, President Trump had taken part in the beginning of the climate working session, and had made a contribution, Merkel said. “What the communiqué will look like and how the different opinions will be sorted out, you’ll have to wait until tomorrow,” she told reporters. 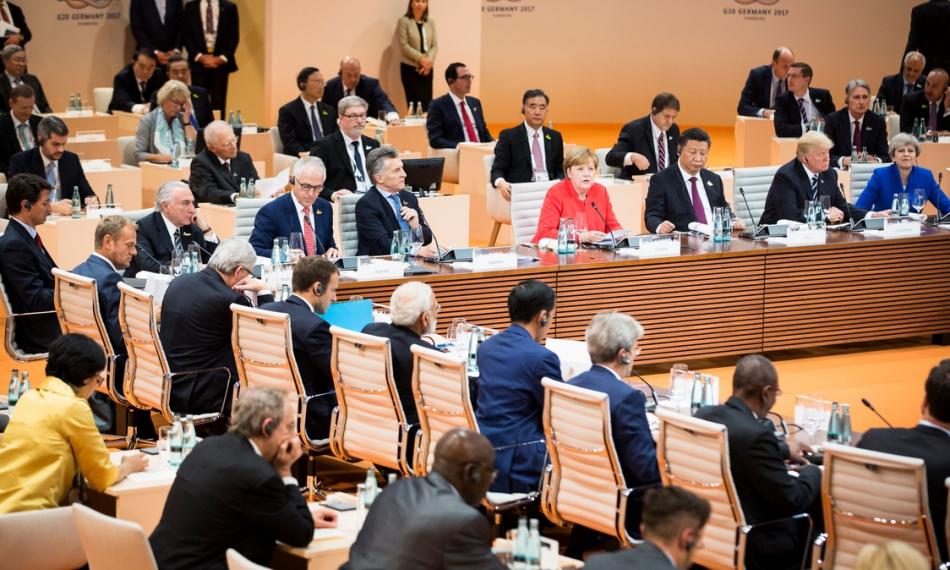