Climate & CO2
The rise in renewable energy production and a mild winter have probably led to a decline in carbon emissions in Germany this year, energy research group AG Energiebilanzen said. Overall, German energy use dropped to the lowest level since 1990.

Carbon dioxide emissions in Germany are likely to shrink by around the same amount as energy use this year, which is expected to fall 5 per cent due to mild weather, German energy research group AG Energiebilanzen e.V. (AGEB) said Tuesday. Energy use is likely to hit the lowest level since German reunification in 1990, the group added.

The drop comes after several years of rising emissions that have raised doubts about the country’s ambitious project of the Energiewende, a simultaneous phase-out of nuclear power and a transition to a carbon-free economy.

“This should continue as the amount of power from renewable energy sources is rising, and less power will come from fossil fuels,” said Maassen. But he also cautioned that as nuclear power plants, which do not produce CO2, are shut down in the next years, Germany may have to turn to fossil fuel-powered plants until renewables can reliably fill its energy needs. This could pose a threat to any positive trends in curtailing CO2 emissions.

Driven by popular support, Germany is in the midst of a sweeping transition to a carbon-free economy, boosting renewables with the aim of cutting greenhouse gas emissions. At the same time, the government has legislated the end of nuclear power.

Despite ambitions for a 40 per cent reduction in CO2 output by 2020 over 1990 levels, Germany has seen carbon emissions rising again in recent years, due mostly to a resurgence of lignite coal, which pushed the less polluting but more costly natural gas out of the market. The Environment Ministry predicted earlier this year that Germany may fall 7 percentage points short of the 2020 target, despite the increase in renewable energy that now produces almost 30 per cent of electricity consumed.

AGEB’s prognosis for 2014 is based on data from the first nine months of the year. Primary energy usage – everything from electricity production to heating homes and powering cars – fell by 6.7 per cent in the first three quarters over the same period last year. As long as the weather trend remains, the projection of a 5 per cent contraction for the full year should be on target, AGEB said. 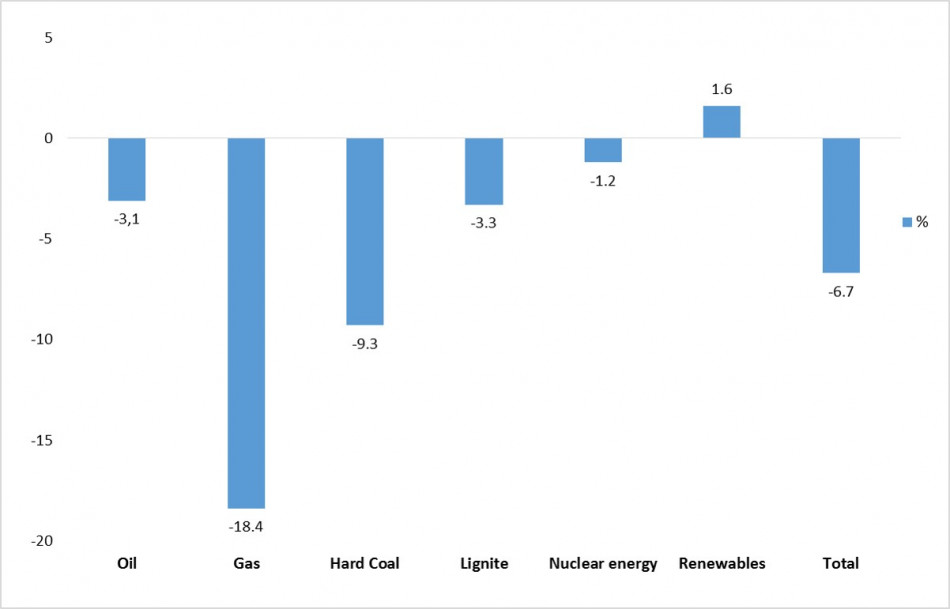 The AGEB data showed that the share of fossil fuels in the overall energy mix fell to 79.8 per cent in the first nine months from over 81 per cent last year. At the same time, renewables rose as a portion of the whole to 11.2 per cent from 10.3 percent. However, the share of lignite rose by 0.4 percentage points, while the least polluting of the fossil fuels – natural gas – fell by 2.9 percentage points. 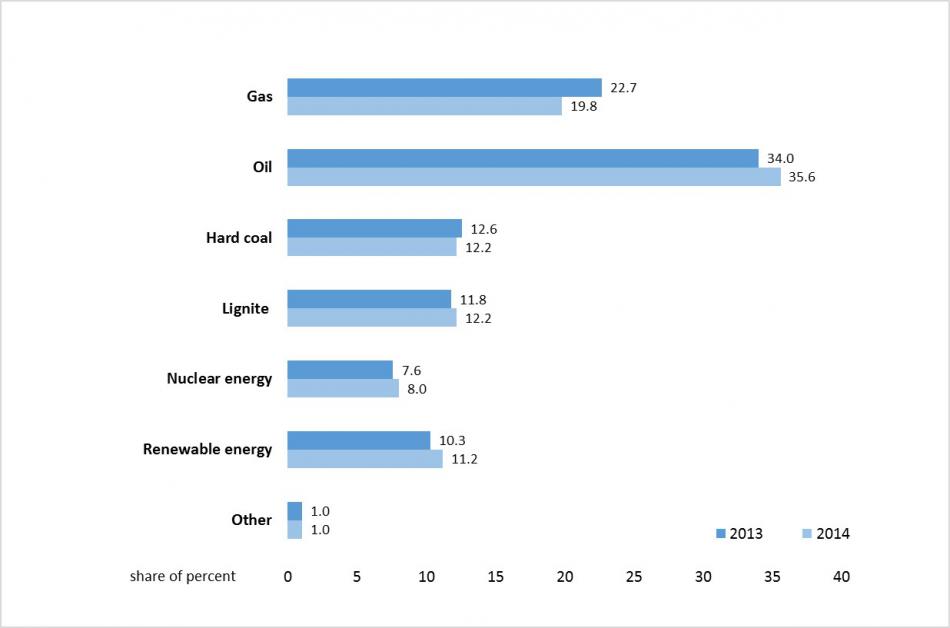 Even without the supportive weather effect, AGEB said energy usage would have fallen by 2 per cent. This had little to do with a weakening economy, it said. According to Maassen, energy efficiency measures such as heat pumps and low-energy household appliances are a big factor.

Broken down into types of renewable energy, power production from wind on land and sea rose by nearly 16 per cent, while solar power was up 15 per cent. Hydropower (without pumped storage) was down by 18 per cent.

Get in touch if you have any requests, questions or suggestions.
Ellen Thalman