Primary energy consumption in Germany 2016 is likely to be on the same level as the previous year, according to estimates by energy market research group AG Energiebilanzen (AGEB). Germany consumed 9,815 petajoules between January and September 2016 - 0.3 percent more than in the same period last year. Natural gas consumption rose 6.5 percent and renewables rose 1.4 percent. Consumption of nuclear energy fell 9.6 percent compared to the first nine months of 2015. 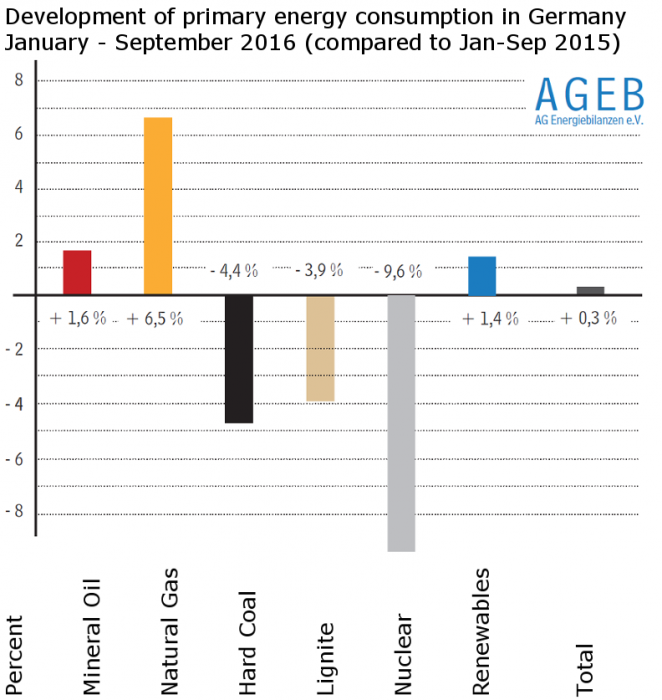