Scientists expect an average increase in air temperature in the North Sea region of 1.7 - 3.2 °C by the end of the century, compared to the period 1971-2000, according to the report “North Sea Region Climate Change Assessment” published by Helmholtz-Zentrum Geesthacht (HZG). This was the first comprehensive climate report for the North Sea region, HZG writes in a press release. A rise in sea level of 30-100cm is very likely and climate change is expected to significantly change the different eco-systems in and around the North Sea. 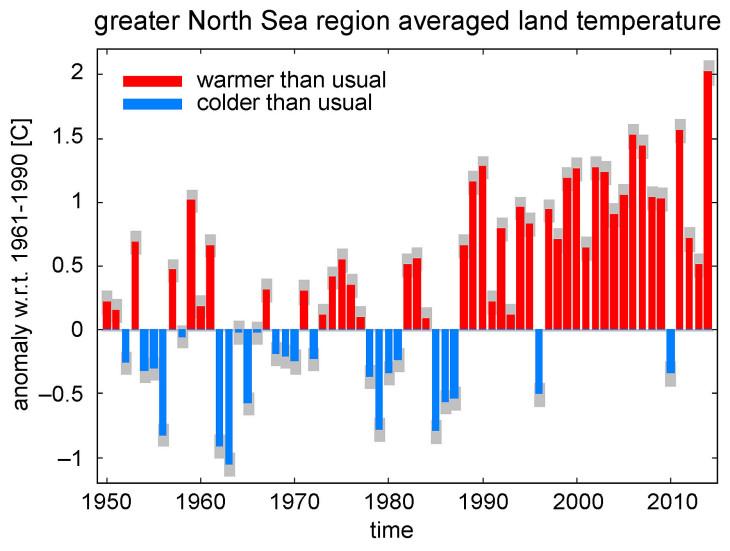