A climate survey published by the European Investment Bank (EIB) shows a north-south divide in EU citizens’ sentiment towards global warming. Southern Europeans are more concerned and see it as a more immediate threat compared to northern Europeans, who are also less convinced that warming is due to human activities. 74 percent of Germans describe themselves as “concerned or alarmed” when thinking about climate change, whereas the European average is 78 percent, according to the survey conducted by YouGov for EIB. Unlike in other European countries, in Germany the older generation is more convinced that global warming is man-made than younger people (18-34 year-olds).

Find the survey results of different countries and comparisons with the US and China in English here and the data here.

For the results of previous surveys of this kind see here and here. 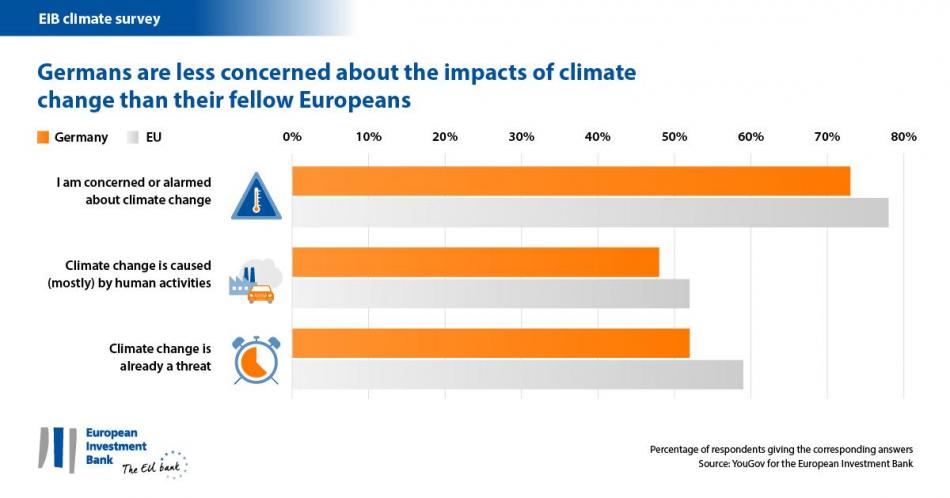