Germany’s power consumption decreased by 0.2 percent in the first six months of 2016 compared to the same period last year, the German Association of Energy and Water Industries (BDEW) reports. The association said that during a time of “unchanged robust economic activity this is mainly because of efficiency gains in the use of power”. Consumption of natural gas increased by 7 percent year on year due to cooler weather in January, March and April, as well as a rise in natural gas usage for power production. 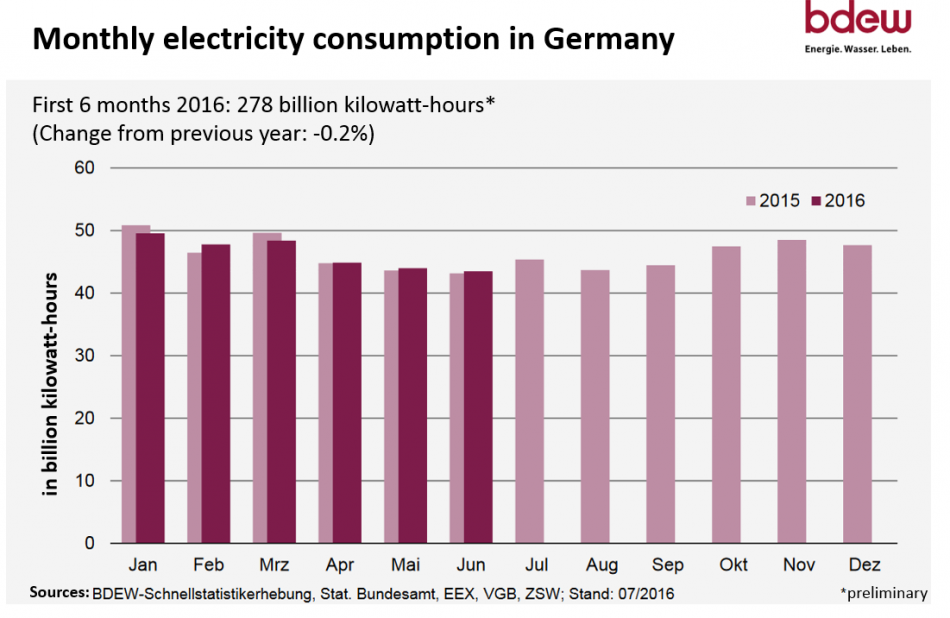