The energy consumption level of buildings in Germany was stagnant between 2010 and 2016, a report prepared by the German Energy Agency (dena) reveals. The trend of improving energy efficiency, which saw energy consumption drop by 20 percent between 2002 and 2010, “seems to be over,” the dena says in a press release. “The current efforts in the area of energy efficiency are not enough to meet the climate targets and the associated reduction in greenhouse gas emissions in the building sector,” dena head Andreas Kuhlmann explains. Heating and power consumption in buildings accounts for more than one third of Germany’s total energy demand, which is why more efficient use of energy in the sector could contribute substantially to achieving the country’s emissions reduction goals, the agency says. 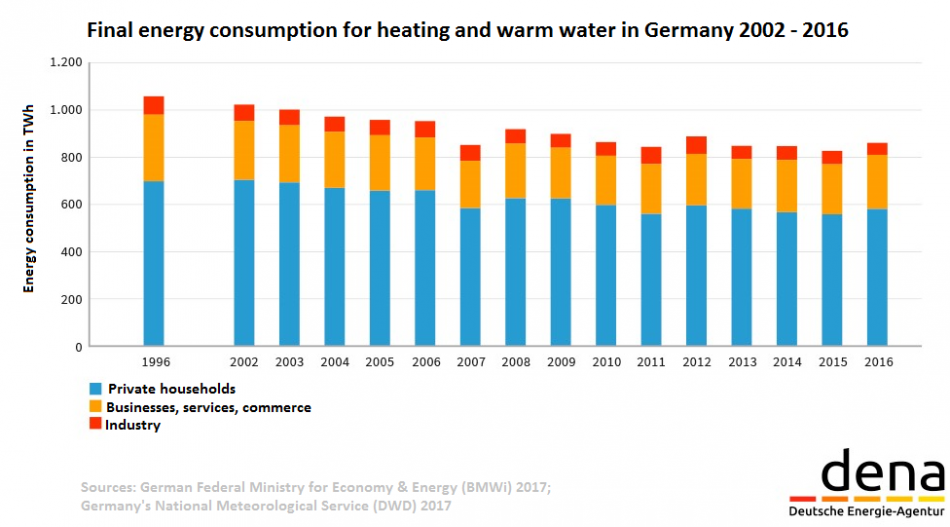