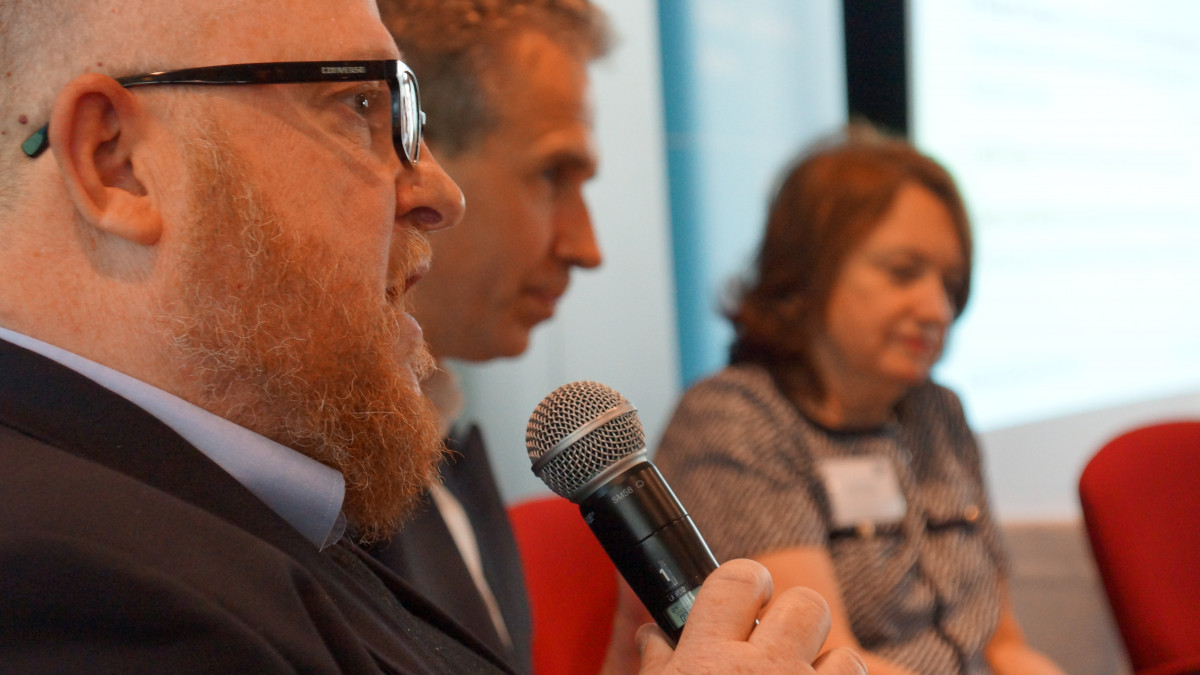 Recently, a female Greenpeace protestor gate-crashed a black-tie dinner in London attended by the UK Chancellor of the Exchequer and Conservative leadership contender Philip Hammond. The activist was roughly grabbed by another government minister, Mark Field. Some called it a justified intervention, others suggested it was a straightforward case of assault. Either way, it was – fleetingly at least – big news.

When Field apologised, he explained that “in the current climate I felt the need to act decisively to close down the threat to the safety of those present”. Ironic, because that’s what the protest was all about in the first place – “the current climate” - and the way it is changing for the worse. But in many media reports, Field’s perhaps accidental play on words was the only real reference to the climate crisis. Our quickly deteriorating environment is seemingly just not newsworthy enough by itself to merit mainstream coverage and needs the added piquancy of the race to become prime minister, a peaceful invasion by some crimson clad activists, and the apparent violence employed to repel it.

Otherwise, perhaps we don’t read, listen to or watch enough about this single biggest threat to our planet. My own research into mainstream UK TV coverage either side of the global financial crisis reveals that both BBC and ITV reduced the news time given to covering the environment/climate change/green policies on flagship bulletins. Coverage declined from 2.5% (ITV) and 1.6% (BBC) of total airtime in 2007 to respectively 0.2% and 0.3% in 2014. Collectively, while it was the 15th most prominent category out of 32 news topics in 2007, by 2014 it had fallen to the 31st position.  But perhaps the reasons for this marginalising of climate change goes deeper than a simple case of environmental news not being apparently exciting enough in its own right. Another part of the deeper explanation lies within the general evolution of business and financial journalism, and how it might fall short of its normative aims.

Climate change is the story that’s always there, but not so often in the news because, perhaps, it isn’t a dynamic enough story for journalists and editors.

There are playful suggestions that when Joseph warned the Pharaohs about the agricultural problems ahead, it was the first instance of financial punditry. There is some consensus that financial journalism as we know it began in the 16th century when trade information distributed and shared, but by the beginning of the 19th such reporting was considered influential enough to change the way people thought about business, finance and economics.  It is unusually impactful as a news beat; journalists after all, can influence markets and fortunes with their reporting. More than once has the “buy shares, tip shares, sell shares” routine proved too much of a temptation. In 2006 for example, a Daily Mirror journalist was handed a custodial sentence for doing exactly that.

More widely, the charge sheet waved at financial journalism is not criminal, but is serious nevertheless. At a time around 2007/8, claim the critics, when financial journalists should have spotted the biggest financial crisis since the Wall Street Crash, they seemed to be looking the other way. As Dean Starkman noted in his book about this apparent failing, financial journalism was “The Watchdog that Didn’t Bark”. The issue, continued the critics, is that journalists had become too close to their city sources, and that many simply saw their job as serving the market. Peter Jay – former journalist turned diplomat – once suggested that he only wrote his column for three people, and two of those worked in the UK Treasury. Such a narrow focus acquiesced to business and investor communities, but not to those interested in more blue-collar concerns such as labour markets, unions and the minimum wage.

Undoubtedly, though, the financial crisis of 2008 changed things. For one thing, as Professor Steve Schifferes noted, there was a new audience of ordinary people who wanted to know more about their own financial life since it seemed that they were being asked to take more responsibly for it. And financial journalism itself changed too, with the emphasis as Maria Joutsenvirta puts it, switching from “Wall Street” to “Main Street”.  My own analysis of business and financial journalism on the BBC and ITV revealed that the specialism had indeed made some sort of transition from “city” to “citizen”. While at first the crisis had often been framed as an exogenous phenomenon that simply floated in on the breeze, the finger of blame was now pointed for example, at the unethical behaviour, malpractice and out-of-control remuneration within the banking industry. Journalism became more combative as the watchdog seemingly regained its voice; I found that ITV for example, was regularly prepared to be particularly critical of the misadventures of one of their major commercial sponsors. 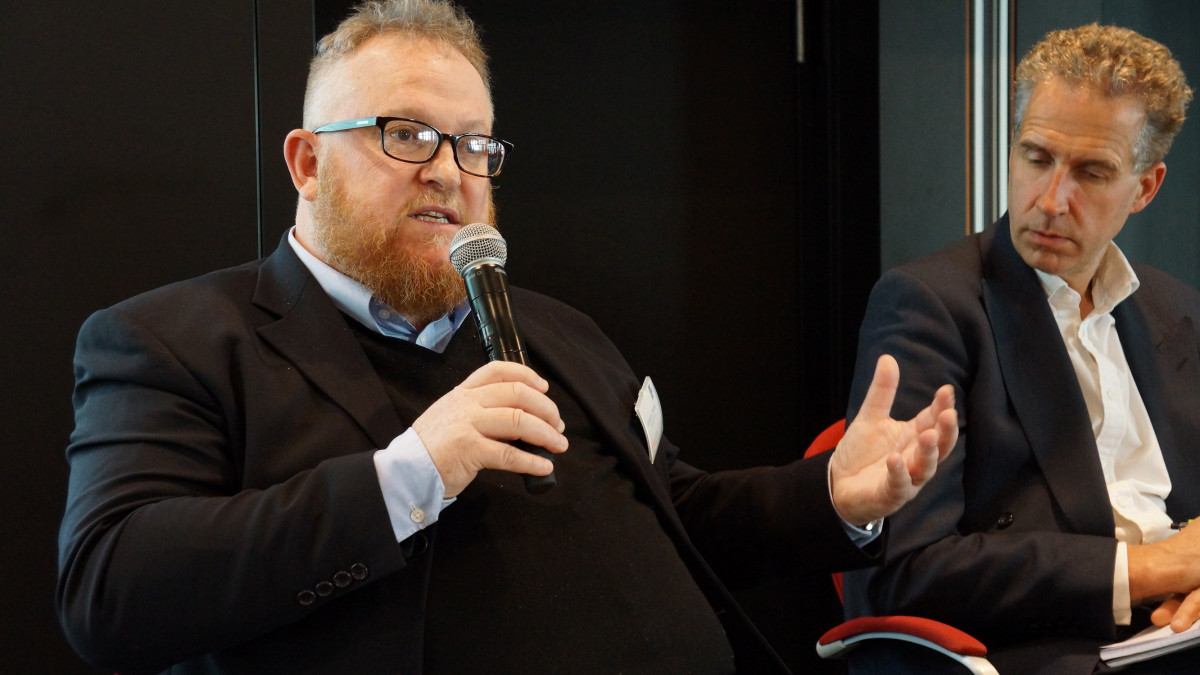 Richard Thomas was a panellist in GETJO's afternoon session entitled 'What does a business journalist need to cover the energy transition well?'. Photo: CLEW/Wettengel.

But what does all this have to do with the apparent disappearance of environmental issues from news agendas? Perhaps the answer lies in what still seems to be a shortfall despite the positive advancements in financial journalism. Whilst reporting might be more likely to challenge people and corporations and hold them more responsible for their actions, it still does not challenge the wider system of capitalism. Neoliberalism, capitalism and consumerism it seems, are the only games in town. My research showed that only the unlawful or unethical accumulation of wealth was frowned upon, but if the rules of the game were adhered to, then financial success without limit was championed, without limit.

This is unsurprising since the media more widely is supported by and very reliant on advertising. “Hooked on a cycle of borrow and spend” wrote Justin Lewis, our “fiscal policies dependent on mountains of debt” while “human progress is measured purely by our ability to acquire as many consumer goods as possible”. So perhaps it is the clutter and background noise telling us to ramp up our spending and accumulation that most undermines any implicit news messages – should they ever be delivered – that we should actually slow it all down in the interests of preserving our planet.

The media’s essential lifeblood is the message that we need to buy more so perhaps it’s unsurprising that we hear little about alternatives to traditional capitalism. When did we last hear for example, stories about embracing new economic systems incorporating egalitarianism and a lesser reliance on growth, the regulation of incomes, corporate “decapitation”, moneyless trade/bartering, the further regulation of advertising and a suggestion that repair is better than replacing?  Some of these of course, seem unlikely and overly idealistic, but we will never know how conceivable they will be unless they are offered by our news media as worthy of inclusion within the wider discussions about capitalism.

So perhaps there is a fundamental reluctance to report on climate change because of a general support for capitalism. That is one problem, but the rather background nature of climate change is another issue. Every day, the situation gets worse by increments – climate change is the story that’s always there, but not so often in the news because, perhaps, it isn’t a dynamic enough story for journalists and editors. Most recently, however, it has been on the news due to the activism and compelling, articulate commentary provided by a 16-year-old student from Sweden. Greta Thunberg has managed to get herself - and the looming climate crisis – on the front page of Time.

But cynics might claim that this is only because the media is fascinated by Greta herself, rather than the message she is promoting. The real point is though, that she achieved what many before her have not; climate change became big news, and there is a lesson to be learnt. Journalism has an apparent need for novelty before a story will be included in the daily news agenda, and instead of fighting this, activists might need to embrace it. If climate change by itself is not a commanding enough story – irrespective of why that might be - then perhaps it needs to hide inside the Trojan horse of news values to make our nightly bulletins and front pages. It might be peacefully gate-crashing the race to become prime minister, or delivering the message via a less expected commentator. Either way, the job can be done.