At GETJO conference, journalists tackle the business of the energy transition 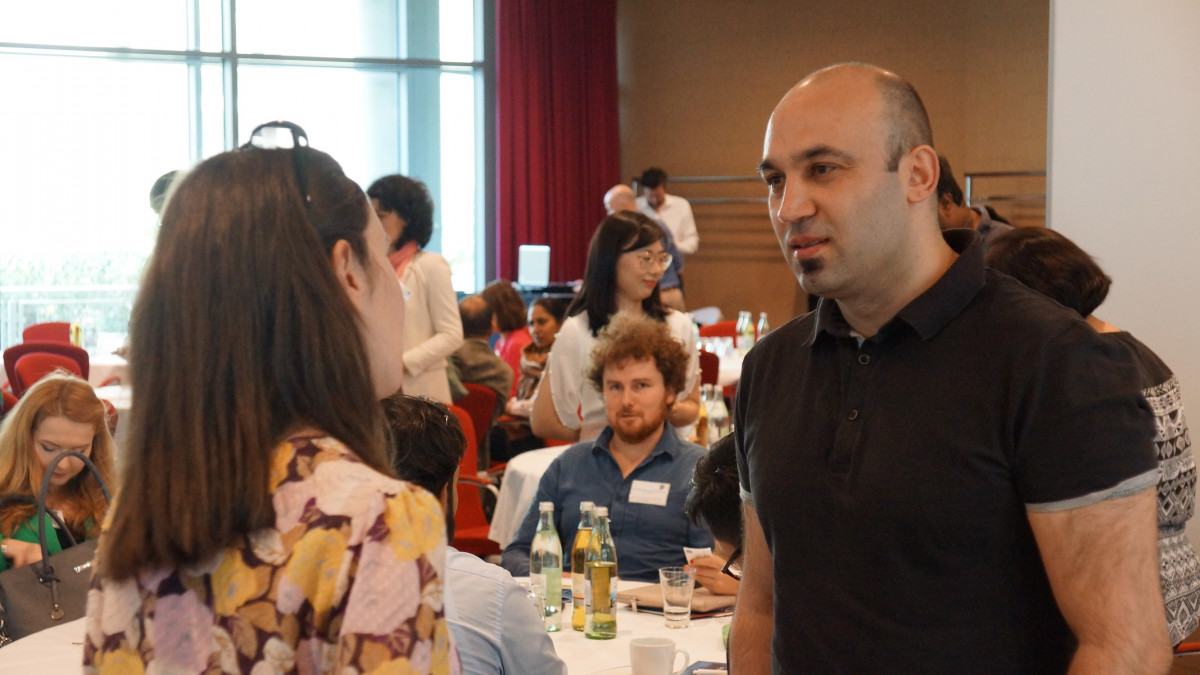 Roughly 100 journalists from countries such as Bolivia, India and South Africa used Clean Energy Wire's GETJO19 to pitch story ideas to one another or gather ideas from everyone's expertise at the sidelines of the conference. Photo: CLEW 2019.
Reporters and media professionals from around the globe shared their diverse experiences in reporting on business and other angles of the energy transition at the second GETJO conference in Berlin. They not only found common challenges, but also brainstormed some creative new angles to coverage.

This year’s Global Energy Transition Journalism Conference (#GETJO19) brought together journalists and media professionals from nearly every continent on 7 – 8 April in Berlin to share reporting experiences on the business side of the energy transition, and to discuss fresh approaches to common challenges.

While Rwandans may worry about the use of charcoal in cooking and Germans about coal-fired power generation, journalists at the conference discovered similar challenges in covering these diverse stories and public debates. Whether in business, politics or science reporting on the energy transition, all found they faced difficulties in finding new twists to old stories, monitoring their own reporting for blind spots or convincing news desks to take a chance on stories that challenged the status quo.

“It’s a fine line to cover an industry with rigour, knowledge, smarts, a fresh eye and scepticism,” said Leslie Wayne, a former business reporter at The New York Times and a panellist at the GETJO conference.  “You’re not going to carry water for any particular industry or technology.”

Journalists amongst the attendees report on green tech, energy policy and renewables, among other topics, some from major news agencies like Deutsche Presse-Agentur (dpa) or smaller niche publications like PV Magazine.  The roughly 100 journalists came from countries such as Bolivia, India and South Africa to brainstorm in plenary sessions, workshops and on the sidelines of the conference on how to break away from well-worn beats and tell their energy transition stories in new ways.

“Sometimes the energy transition is a political story,” said freelance journalist Sharon Tshipa of Botswana. “But the newsroom doesn’t always want to see it that way. Everything overlaps, it’s about how you pitch your story.

“We’re not advocates, we’re journalists. It’s our job to report on the uncertainty of it, the messiness of it. It’s a hard job taking all these ideas and coming up with compelling stories that people actually read. But it affects everybody’s life.”

Some also planted seeds for future collaboration - informally pitching story ideas to one another or gathering ideas from everyone's expertise. Shravan Bhat of New York-based Power, Finance and Risk, was particularly curious about electric battery-fuelled ships and planes. His interest sparked some lively exchanges: “Ryanair is one of Europe’s top ten carbon polluters,” one colleague was heard saying during the coffee break.  A journalist from India argued during the plenary session, however, that: “You could make every car in India electric, but it would not be sustainable.”

Informal discussions revealed problems and challenges for journalists covering businesses in transition, but over the course of the two-day #GETJO19 conference, conversations turned to other topics as well. 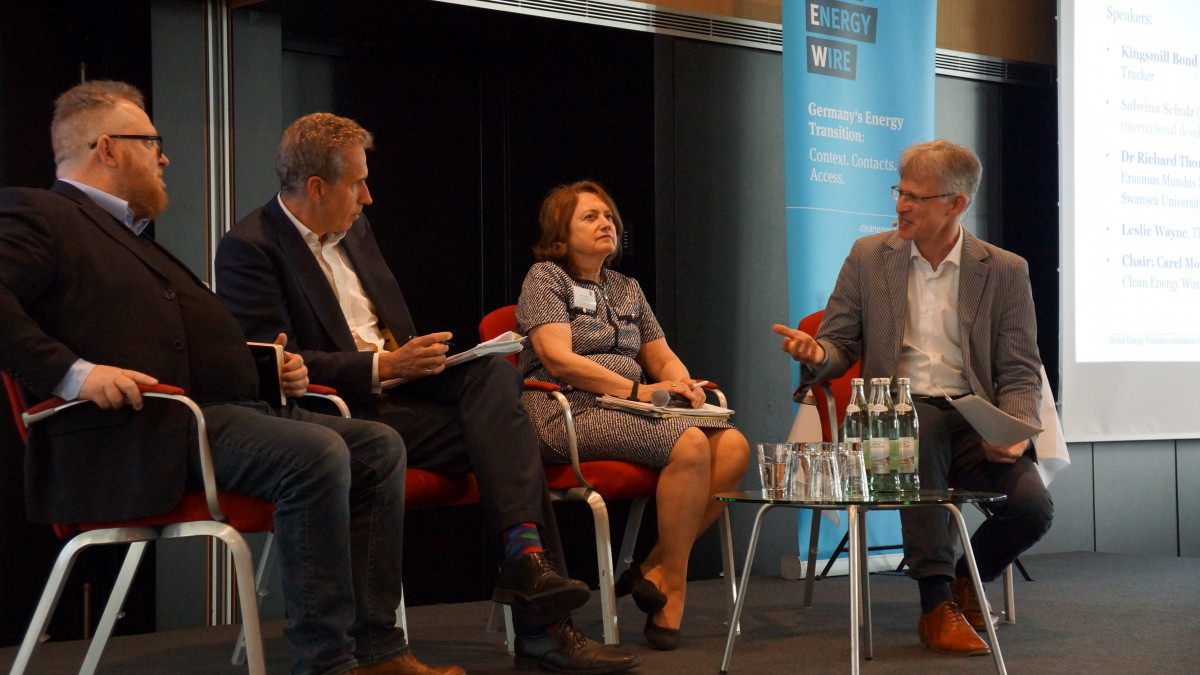 Mexican journalist Juan Pablo Garcia was adamant that energy transition journalists have a bigger responsibility beyond business reporting. “Renewable energy projects often happen in a top-down way. You also have to address the social aspects.”

Towards the end of the conference, journalists were challenged to take on a solution-based approach to energy transition reporting. “Why does the media focus on problems and not the solutions?” asked conference keynote speaker and founder of Sparknews, Christian de Boisredon.

German investigative reporter Petra Sorge countered that it was a journalist’s job to expose and highlight problems as part of a broader public good.

“We’re not advocates, we’re journalists,” said Leslie Wayne, in an earlier talk. “It’s our job to report on the uncertainty of it, the messiness of it. It’s a hard job taking all these ideas and coming up with compelling stories that people actually read. But it affects everybody’s life.”