Hitting a moving target: How Covid-19 turned geopolitics and reporting on the EU and China upside down 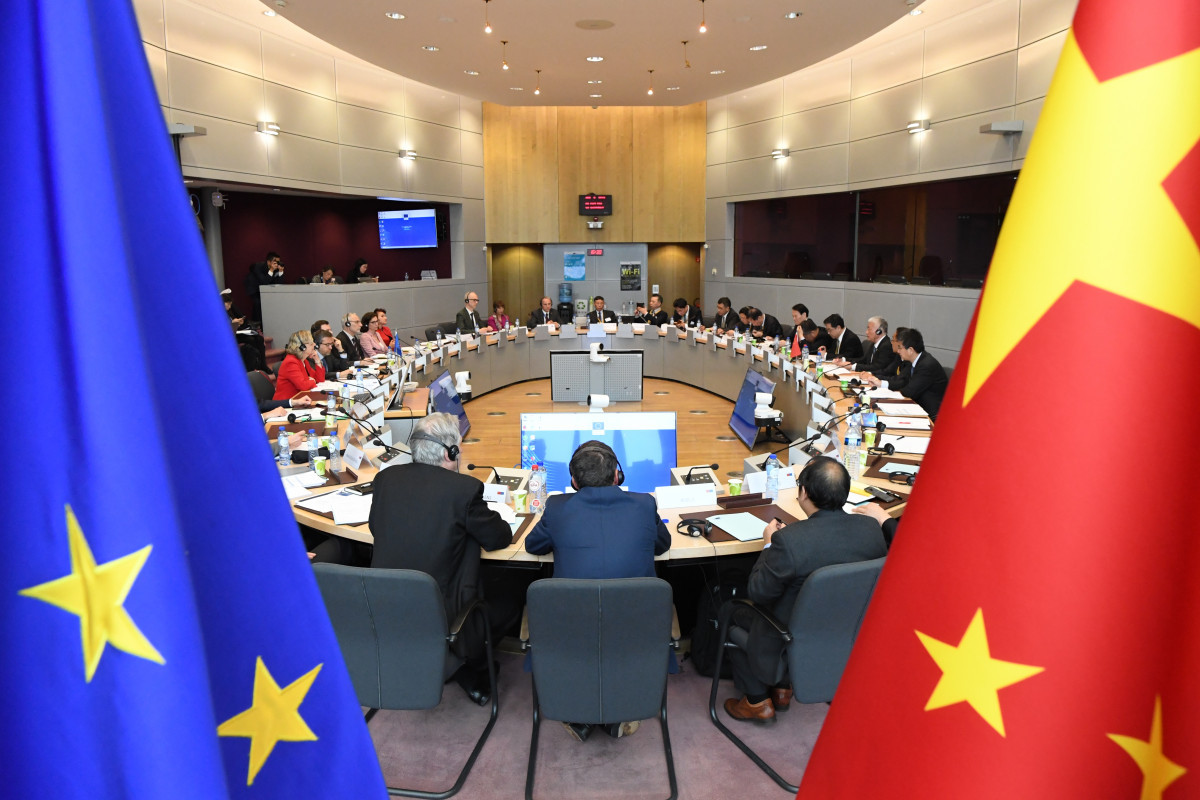 Photo: European Union.
Reporter Rachel Waldholz set out to explore how two of the world's biggest players – the EU and China – might team up to drive global climate action. But as the coronavirus crisis exploded across the globe, covering the prospects for a major climate deal transformed into something else: a lesson in how quickly the world can change, and what it looks like when the global order begins to shift beneath our feet.

It seemed like a simple enough assignment when it was first discussed back in early March. The EU and China were planning a major summit for September, and climate was on the agenda: it seemed like the right time to look at how these two big players might strike a deal on climate change. I had covered the COP25 UN climate summit in Madrid, and activists and officials alike had told me they thought an EU-China deal (modeled on the 2014 US-China deal that paved the way for the Paris Agreement) was the best hope to jump-start a new wave of global action and save the international climate process from drifting off course, especially as the U.S. prepared to walk away.

Then came the coronavirus pandemic, and the world changed. Suddenly, reporting this story became a front row seat to a rapidly shifting geopolitical landscape, a window into the way that some of the world’s most important relationships – between China, the U.S. and the EU – were fracturing and reassembling themselves into something new. Along the way, old avenues for climate policy were closed off and new, unexpected, ones were created.

Many in the EU found themselves suddenly reevaluating the relationship with China. “This is not a leadership that looks for shared multilateral approaches,” MEP Reinhard Bütikofer bluntly told me. “This is a leadership that looks for reshaping global governance in the image of a China-centric hub-and-spokes approach. Well, why should anybody be thrilled by that?” But even as a deal with China began to look more elusive, the pandemic prompted EU leaders to back debt and spending at home that had previously been off the table, opening up a potential flood of new funding for climate initiatives.

And then there were just basic things, the way the pandemic reminded everyone of how much we had previously taken for granted. International borders, for instance, took on a whole new meaning as worldwide travel was grounded. In April, people told me that one big obstacle to an EU-China deal was the fact that diplomats simply couldn’t meet. Like so much of our lives, diplomacy - that famously face-to-face endeavor - was struggling to make the switch to a Zoom-only world.

That posed challenges for us as journalists, too. This story is part of a joint effort between Clean Energy Wire and China Dialogue. That meant several rounds of coordination by video chat and email between reporters and editors in the UK, Germany and China – everyone working from home in different countries, under different levels of lockdown. You could almost track the progress of the pandemic as shutdowns spread from Berlin to London, as restrictions were lifted and then returned in Beijing.

Covering the news is always an exercise in hitting a moving target, but reporting this spring took that reality to new heights. I’d barely finish one round of interviews when yet another bombshell announcement or coronavirus cancellation would have me calling everyone back, asking, “Well, what about now? Do you still think that now?”

In the end, Jennifer Tollmann, of the climate think tank E3G, might have summed it up best. When I first spoke with her, in April, she was hopeful about the possibility of an EU-China climate deal, but by mid-June, her thinking had shifted. The old paradigm, of a big bilateral agreement unlocking global action, might no longer be possible – or even desirable, she said. Instead, in this rapidly changing world, maybe it was time for the EU to embrace a more nimble and inclusive climate diplomacy, seeking out different partners for different goals. “You do probably need numerous coalitions, rather than a [single] silver bullet relationship,” Tollmann said.

That seems to make sense – for now. But then again, who knows what the rest of 2020 might bring?