The rise of environmental journalism in Russia 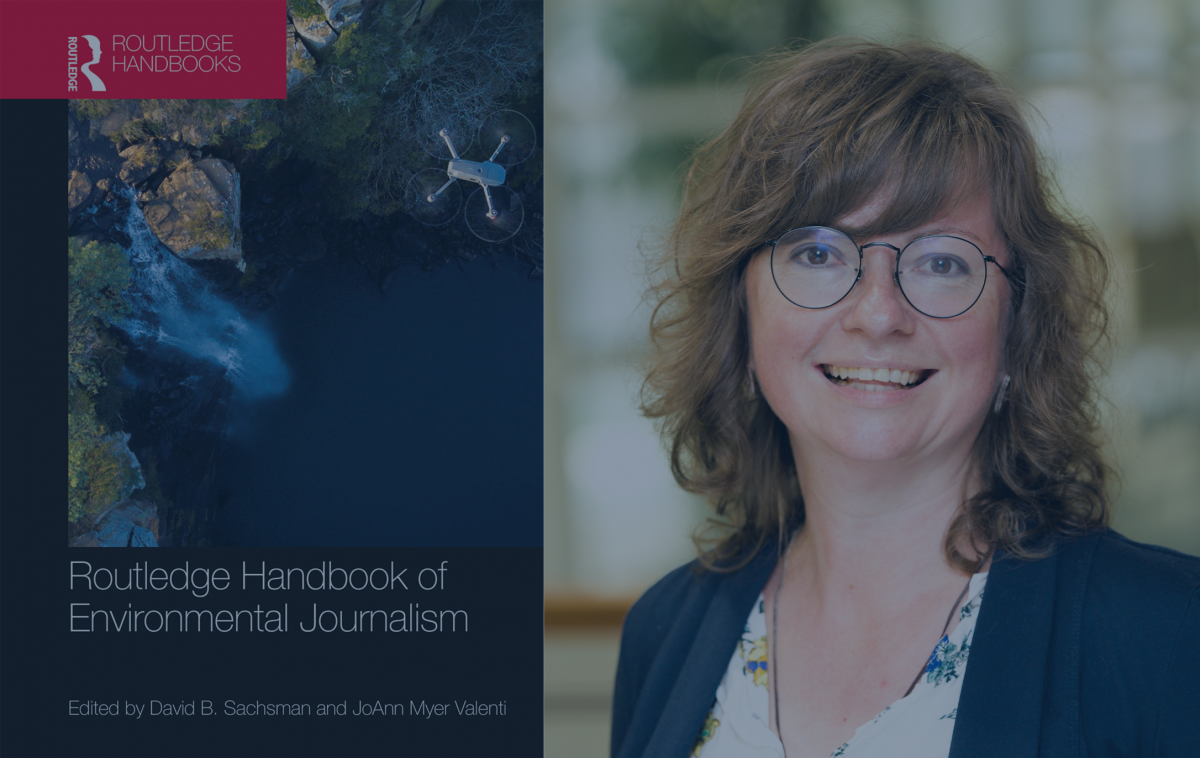 Climate change may still have been a marginal topic in cold Russia in 2009, but over the last eleven years the topic has been elevated to a huge presence in media outlets, covered from many different angles. One of the pioneers in this effort is Angelina Davydova, our Clean Energy Wire Network Ambassador for Russia, Central Asia and Eastern Europe. She describes this process in two chapters written for the recently published 'Routledge Handbook of Environmental Journalism'. In this blog Angelina shares an extract of her text and shares insights on the coming together of the book and the development of environmental journalism in Russia.

It's a great honour for me to present a recent publication, ‘Routledge Handbook of Environmental Journalism’, to which I contributed two chapters, one on development of environmental journalism in Russia in the last few years and another one on my personal experience, being a journalist covering climate change issues in Russia, for Russian and international media.

The publication aims to bring together all the latest theoretical and practical knowledge about the field from various countries across the globe. With both environmental and climate crises becoming more acute and getting more media attention, new media formats keep appearing. The book is trying to trace major trends in environmental journalism continents, analyse media agenda, topics and formats, while also look at particular country aspects.

'Climate journalism is also on the rise with more young journalists, bloggers and authors of podcasts turning to covering it.'

Writing about environmental and climate issues for more than 10 years, I became a contributing author for the two chapters covering the development of the sector in Russia. In the first chapter I provided a brief recent history of the sector in Russia, with both major news outlets paying more attention to the topic now and specialized media outlets appearing, along with new formats, including bloggers, specialized Telegram channels and podcasts. I give an overview of the major environmental topics mostly relevant for the Russian readers (that is, mostly local environmental issues, such as waste, recycling, air and water quality, green zones and parks, sustainable urban development) and analyse major challenges and hurdles on the way to further development of high-quality environmental journalism in the country. In the second chapter I reflect upon my personal experience of writing about climate change (including politics and economics of climate change on international and country level) for the last 10 years. The topic was somewhat 'marginal' and hardly important around 2008-2009, but now climate journalism is also on the rise with more young journalists, bloggers and authors of podcasts turning to covering it. From the jokes about how climate change can be beneficial to Russia as a cold country and how we can benefit from growing bananas in Taiga and not needing our fur coats anymore, the climate discussion these days is more about wildfires in Siberia, floods across the country, consequences of climate change on agricultural yields, connection between warmer climate and new (and old) diseases spreading, introduction of a price on carbon and potential border carbon adjustment measures, as well as development of renewable energy. There is still a long way to go, but I am happy that we least we started the journey.

Check out the Routledge Handbook of Environmental Journalism here.

Back then, it was difficult even to come forward with “green” ideas. Environmentalism was still considered to be something like a toy for rich Europeans, something that in Russia we would only begin caring about when we finally “lived well.” No one said when that was going to happen. And in fact, it happened much quicker than expected. If you look at the Russian federal and regional political agenda, media reporting, and public concerns from 2011 onwards, interest in environmental issues has steadily increased. Be it the waste issue (and the prominent grassroots protests around Moscow fighting against expanding landfills), or the air quality issue (civic society groups demanding information on air quality and local residents mobilizing against old and new polluting industries), the environmental agenda is now a matter of concern. And it is recognized by the authorities, businesses, and civil society groups. Even though climate change may not be as much of a daily concern for most Russians, any dangerous weather event like a strong gale in Moscow or floods in the Far East of Russia, along with warmer winters and thawing ice in the Arctic, make people think about climate change and treat the subject more seriously.

Back in 2009, due to my previous experience in economic/business journalism, I thought I should start covering the topic from an economic/political point of view, from explaining what the UN climate conferences were all about to telling the stories of energy transition, low-carbon development, renewable energy, and energy efficiency. I started writing such kinds of stories for one of Russia’s leading dailies (Kommersant), regularly covering both international and domestic Russian climate-related stories, emission reduction and adaptation agenda, climate policies, and green economic development. My editor used to joke then that I had about six readers. But the stories were accepted, and the readership was growing.’

If you are an international journalist doing a story that involves research on energy transition and climate policy in Russia and Central Asia, you can reach out to Angelina Davydova as a first contact point. Beyond that, our other CLEW Journalism Network members in Russia and Central Asia might be able to help you, or be interested in collaborating on an energy transition story with you.

If you are a Russia-based journalist with an idea for a project on-the-ground, Angelina can refer you to us at CLEW.

Should you be looking for expertise in other countries – have a look at the CLEW Journalism Network map!