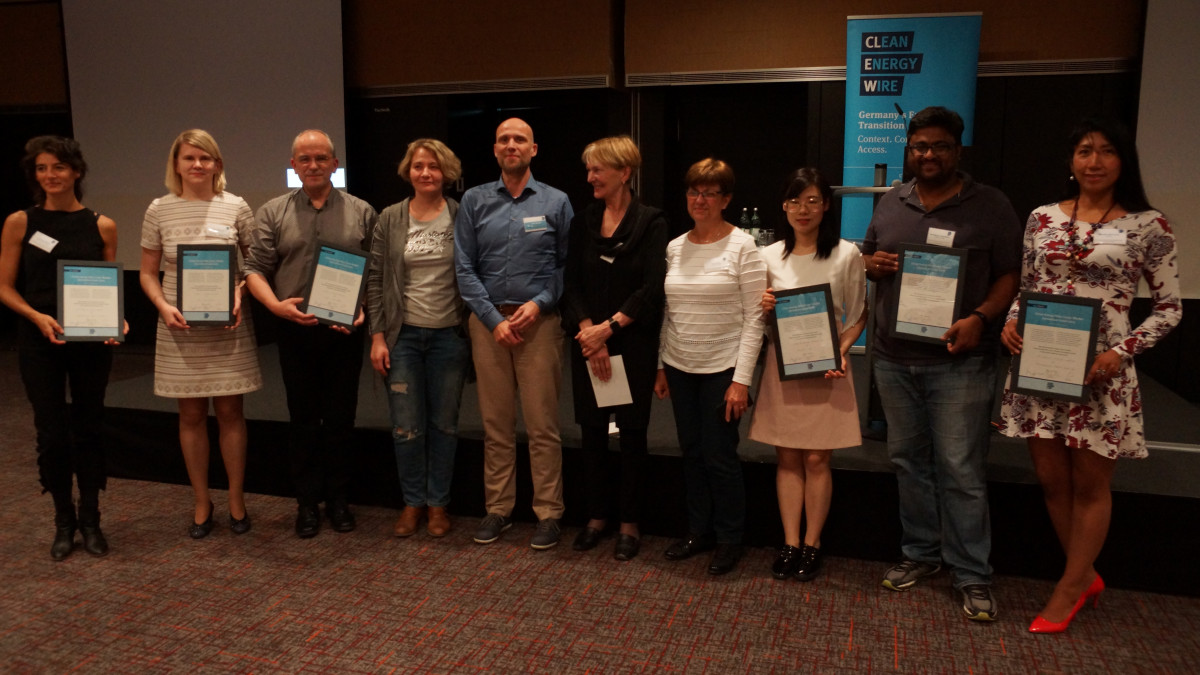 The electric vehicle industry is driving surging demand for lithium batteries — and reshaping lithium production in South America’s Andes region. That story will be the subject of an in-depth reporting project by Florencia Martin and Micaela Villa Laura, the first-place winners of CLEW’s second annual cross-border journalism grant.

“Lithium is central to the energy transition,” said Martin. “As are business models to mine it responsibly.”

The duo, hailing from two of the three countries in South America’s “Lithium Triangle” of Argentina, Bolivia and Chile, plan to focus on lithium production in their home countries and its future impact on the electric and hybrid vehicle-market, sustainable models of lithium extraction and the social impact on communities where lithium is mined. They plan to publish their completed story with the German wire agency Deutsche Press Agentur (dpa) and the daily newspaper La Razón.

Three teams were chosen as finalists for CLEW’s Cross-Border Journalism Grant. The finalists pitched their ideas to an audience of some 80 media professionals, who cast their votes for first, second and third place during the opening night of CLEW’s Global Transition Journalism Conference #GETJO19 in Berlin on 7 April.

A Russian, Polish and German team took the second prize of 4,000 euro for a cross-border project looking at whether natural gas vehicles (NGV) are the future of transport - and asking whether NGVs are really green. The team also plans to follow the lobbying activities of Russian gas giant Gazprom in Europe, to assess whether or not Gazprom plans to push NGVs in Europe.

“Gazprom claims that in terms of its environmental impact, natural gas is ‘a hundred times better’ than gasoline and diesel — what exactly does that mean?”

“NGV’s are a tiny but ambitious market - just like our team,” Russian journalist Olga Dobrovidova told the amused audience.

Dobrovidova (N+1, Colta.ru, Plus One) is joined on the team by Russian reporters Natalia Paramonova (Plus One, Ekologia i Pravo Magazine, Lookbio and Trud) and Elena Palenova (Plus One, Kommersant, Secret Firmy Magazine, Bellona, TASS and RBC), as well as a Polish-based journalist (BiznesAlert.pl), and two more German colleagues. The team plans to publish their reporting in eight media outlets.

The third prize of 3,000 euro went to Team PANIC, made up of reporters from Pakistan, Nepal, India and China, which plans to take a closer look at China’s PV exports and its impact on South Asian countries.

“China’s PVs offers opportunities for South Asian countries wanting to participate in the energy transition,” says Yixuan Cai, who originally met her team members at the Global Climate Action Summit in the United States in 2018. The team formed a “walker’s group” during breaks at the conference, and started hatching their cross-border plan.

“We represent half of the world’s population,” said Indian reporter Karthikeyan Hemalatha of the nations represented on the team. “And our aspirations are similar. China is a central player and has a direct impact on other South Asian countries.”

Abhaya Raj Joshi of Nepal (onlinekhabar.com), Amar Guriro of Pakistan (Independent Urdu), Karthikeyan Hemalatha, of India (The Times of India, Firstpost, The Wire and Mongabay) and Yixuan Cai of China (Energy Observer) make up the team.