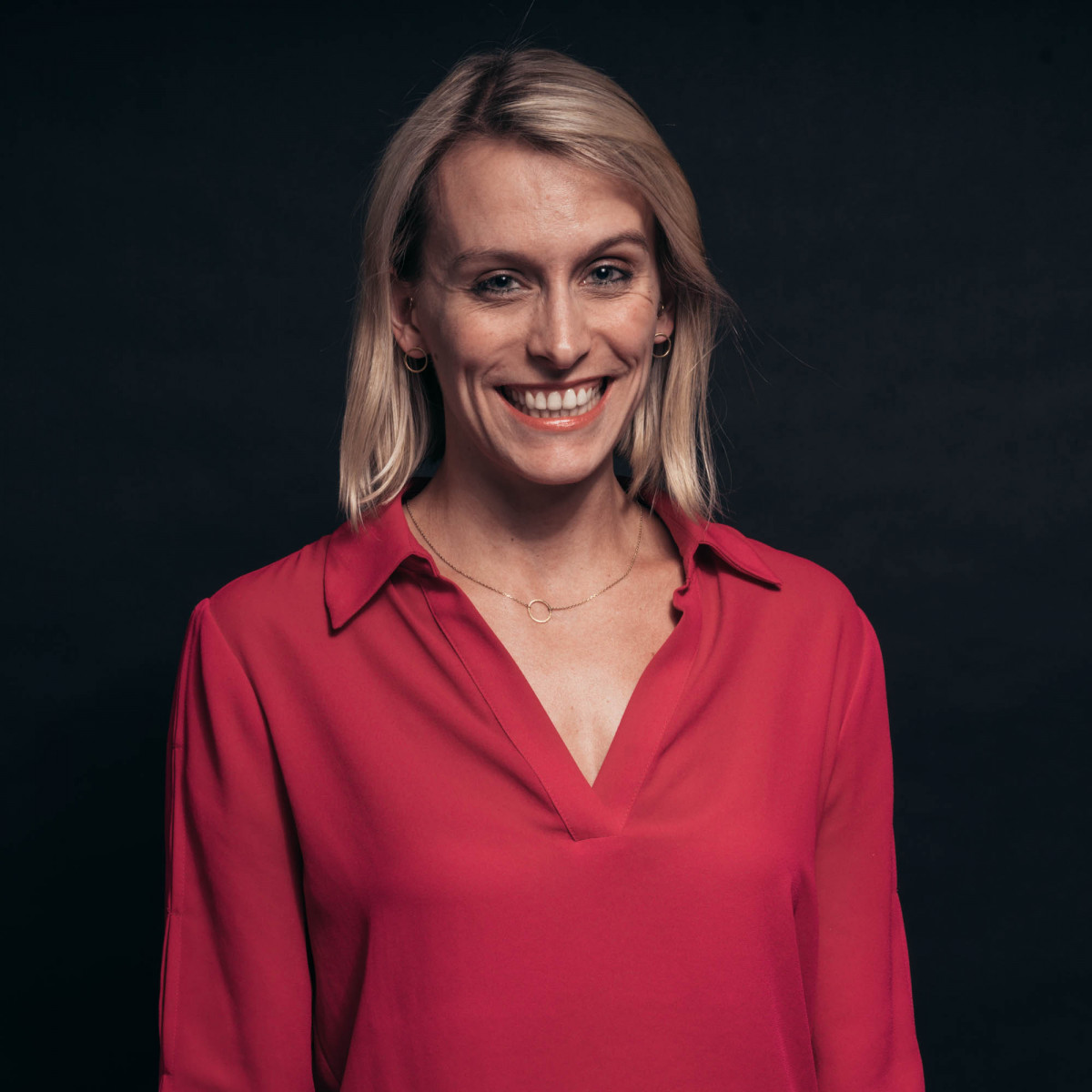 Amy Harder, Energy reporter for Axios
Climate has become the most polarising issue in the US and highlights deep partisan divides between Republicans and Democrats, a recent Pew Research Center survey shows. As climate change becomes an ever-greater concern among the public, the coverage of it needs to remain unbiased, says Amy Harder, national energy and climate change reporter at Axios in Washington, D.C. Harder is one of the leading US journalists on this beat. She spoke with CLEW's Julian Wettengel about her role within the media landscape. She says she tries to provide her readers added value by exploring areas other reporters are not covering – and that taking time to look at what is going on in other places of the world is a constant struggle.

How did you get into reporting on climate and energy and what makes it interesting to cover this beat?

I sort of just fell into it. I’ve always known I wanted to do journalism, but I didn’t get into it thinking I would do energy, environmental and climate change – I kind of lock that all together, because these are three different parts of the same story. When I first moved out to DC, I got a job at National Journal and my editor said they needed help with this energy blog. I dabbled in other topics like education and national security, but I guess I gravitated most towards energy and climate, because I find it to be so interesting and broad. I’ve been doing this beat now for more than a decade and I’ve been able to do this because I never get bored. I can do political coverage, I can do geopolitical coverage, coverage of policies – there is just an endless supply of stories, and that’s what I love about this and why I stuck with it.

It is also an incredibly important topic that doesn’t get the attention it should. It is getting more attention now. Overall, compared to other topics, it just doesn’t break through.

"I’ve been doing this beat now for more than a decade and I’ve been able to do this because I never get bored. I can do political coverage, I can do geopolitical coverage, coverage of policies – there is just an endless supply of stories, and that’s what I love about this and why I stuck with it."

You’re working for Axios. How do you see your role in covering climate and energy in a diverse environment together with the likes of E&E News and Greentech Media, or big publications like the New York Times?

I consider my role in this area to provide unbiased reporting on this topic, which I think can be very hard to do on what is THE most polarised topic in America, according to a recent Pew survey. To report unbiasedly is very hard when there are two sides that don’t agree on a lot of basic facts. I am not saying that others don’t, but as climate change becomes a greater concern, the coverage of it needs to remain unbiased. People don’t expect crime reporters to be vigilantes. In the same vein climate reporters should not be climate advocates. I don’t know if all of the reporters would agree with me on that, but that’s the way I look at this issue.

Can you explain what exactly you mean by unbiased and not being a climate advocate? Should one give airtime to people who question the science or the need to do something about climate change?

I definitely do not give airtime or print space to those who question the science of climate change or say the government should ignore the problem. I did an article in late 2018 running down the people and organisations that have influenced Trump's climate denialism, and note that I don't repeat any of their claims in detail, and I lay out the scientific facts.

In my reporting, I am careful to underscore the scientific consensus that humans are driving Earth's temperature up and governments and society have a responsibility to respond to that in some form. Beyond that, I don't take positions. It's not my job to call for or oppose any specific action. Like I said: just like crime reporters are not expected to be vigilantes, climate reporters should not be climate advocates. I also think it's prudent that journalists remind the public of the fact that fossil fuels do provide a public good to the world, in addition to a grave public environmental toll. I did a column on this topic last summer that's relevant.

Why should people read your articles?

From a day-to-day perspective I try to provide a value add to readers who care about these issues. The humungous deregulation Trump is doing is incredibly important to cover. I cover it less, because I know that the Times and the Post and the Wall Street Journal are all over it. There is plenty of coverage in those publications. My time is better spent otherwise. I am working on this really interesting story about access to natural gas and other energy types which I haven’t seen elsewhere. Readers will get more out of what I write if they don’t find it in other publications. If there’s a press conference and 10 reporters are going to be there, I might not go.

Is it about finding your niche?

I suppose you can call it a niche, but that implies it is the same topic over and over again, whereas I do have a pretty broad brush. It’s more about finding the place where other reporters are not. For example, this morning there was a press conference with the energy secretary and the head of the International Energy Agency at the US energy department. I don’t need to be there because lots of other reporters will be. If there was an explicit story I was working on for which I needed a quote then maybe I would have gone. My time is better spent not reinventing the wheel of stories other reporters are already working on, although sometimes I do also write stories that are similar to others’ stories.

I do a lot of what oil and gas companies are doing on climate change. Scrutinising the immediate impacts of climate policies that states are pursuing is something else that is under-covered, and I want to do more. Germany is a country that I want to dive into more because there have been a lot of lessons learned of how energy policy should go. It deserves more coverage because it could provide lessons for the United States.

"Germany is a country that I want to dive into more because there have been a lot of lessons learned of how energy policy should go. It deserves more coverage because it could provide lessons for the United States."

Do you actually have the time to keep up with what is happening elsewhere and dig deeper?

Exactly, finding time is a constant struggle. One reason why I haven’t done anything on Germany is that I haven’t had the time. That is one reason why I don’t spend too much time covering the regulatory beats, because – one – I did that for eight years under Obama and I got pretty good at it, but then I wanted to have a new challenge, which is what made Axios so appealing to me.

I’ve done some international reporting – I’ve gone to Australia and Norway to explain why they’re interesting case studies. But those were just one-off events for which I had particular reasons to go there. I just might have to do that with Germany someday, and certainly discussing with colleagues there would be helpful.

Clean Energy Wire has created an international network of climate and energy journalists. Do you engage in conversations with colleagues in other countries, or have you collaborated with someone before?

We don’t have any formal policy or partnership set up on that. We did hire a freelancer for a couple of days for a story in Italy. It’s not that I don’t want to, it just hasn’t happened.

You have talked about the polarisation today. How has covering climate and energy in the US changed over recent years?

I’ve been thinking about that question a lot as I am looking to shift my beats again in the coming months. Over the last 10 years the main story line has been the incredible growth of oil and natural gas, which has turned the United States from an energy-scarce country into this energy super power. That has so many implications for pretty much every inch of our energy landscape and the economy at large. When I first got on the beat, we were still planning to build LNG import terminals. As the energy boom was growing, I did a series of stories visiting states looking at how they are handling the oil and gas boom, so it was about the immediate impacts, such as the jobs, and Obama was talking about how great gas was.

Things have certainly evolved since then. Just the last few years we’ve had this new phase where climate change is a much greater concern among the public, among activists, among politicians. You saw Obama lean more to the left in his last couple of years, he doubled down on regulations, started to oppose natural gas. Now you have this new phase where there is this really anti-fossil fuel sentiment among progressive politicians and a lot of environmental activists. The Pew poll shows that climate is the most polarising issue – more than abortion, more than anything else. I know that a lot of journalists say reporters shouldn’t be unbiased, but I continue to think we should be. I really try to fill that role.

That’s one of the things that I love about this beat: it’s constantly changing and building upon itself. Climate change, unlike many other policy fields, is a cumulative problem, meaning the longer we wait to do something, the harder it gets. It’s not the same as for instance having a bad health care policy, which just stays bad. For climate that means the debate changes over time, it is never static. That’s why I stay on this beat and remain happy with what I’m doing.

"The Pew poll shows that climate is the most polarising issue – more than abortion, more than anything else. I know that a lot of journalists say reporters shouldn’t be unbiased, but I continue to think we should be. I really try to fill that role."

There is a lot of anti-media sentiment. Has Trump’s “fake media” tag influenced the work of climate journalists at all?

I don’t think we’ve been as directly in the cross-hairs of the anti-media sentiment as a lot of other reporters who are directly covering the White House. Since I’ve joined Axios, I’ve made a subtle shift to cover the administration a little bit less, mainly because I am interested in the conversation moving forward on climate change and this administration has not really been contributing in that conversation.

There is certainly indirect impact in that people get their news from places that they haven’t always gotten them. Facebook is a common place where you get news, but it’s obviously not a news outlet, so who knows what kinds of crazy things people may be reading on there that I think is not actual journalism. I keep doing my job and engage with readers who e-mail me saying they think I’m a terrible human. I try to respond thanking them for reading Axios. I sort of keep my head down and I don’t try to change the things I can’t change. I can’t change the fact that most people get their news on Facebook, but I can continue to write good stories and post them on Facebook.