Factsheet
The European Union is getting ready for a major revamp of its climate and energy legislation to make the EU “Fit for 55” – its new 55 percent greenhouse gas reduction target for 2030. The European Commission presented its package of proposals on 14 July, unloading hundreds of pages on the public, which member states and the European Parliament will fight over in the coming months, if not years. The proposed changes will have a major impact on national policies across Europe and range from revising emissions trading and increasing renewables targets to introducing new CO2 limits for cars and vans. Disputes seem inevitable as, in many cases, countries have vastly different interest and points of departure. This factsheet is a toolbox for journalists who plan to cover the issue. It provides an overview of the package and a list of key experts to contact for interviews and background. [UPDATE adds Commission material from 14 July]

1. What will happen, when and why?

The European Union has agreed on a more ambitious 2030 climate target and now aims to reduce greenhouse gas emissions by “at least 55” percent. However, setting a target is one thing, reaching it is another.

That is why the EU has embarked on a lengthy legislative journey to introduce new or adapted measures and instruments to bring down emissions. With the Fit for 55 package, the European Commission is responsible for preparing the law reform proposals it deems necessary for the bloc to reach the new target. The package is the starting point for member state governments, the European Parliament and the Commission to debate and decide a complete overhaul of EU energy and climate legislation over the coming months and years. The new climate target and the Fit for 55 package are key components of the bloc’s green growth strategy – the European Green Deal.

11:00 Press conference by Commissioners Wojciechowski and Sinkevičius on the Forest Strategy

All press conferences can be followed live here.

The Commission has in the past provided factsheets on key elements, as well as a press release. However, making sense of the myriad of proposals, their effects and the reception by key players is bound to be a difficult task.

The European Commission presented these elements of the package on 14 July. Some of them are reforms of existing regulation, others are new proposals. 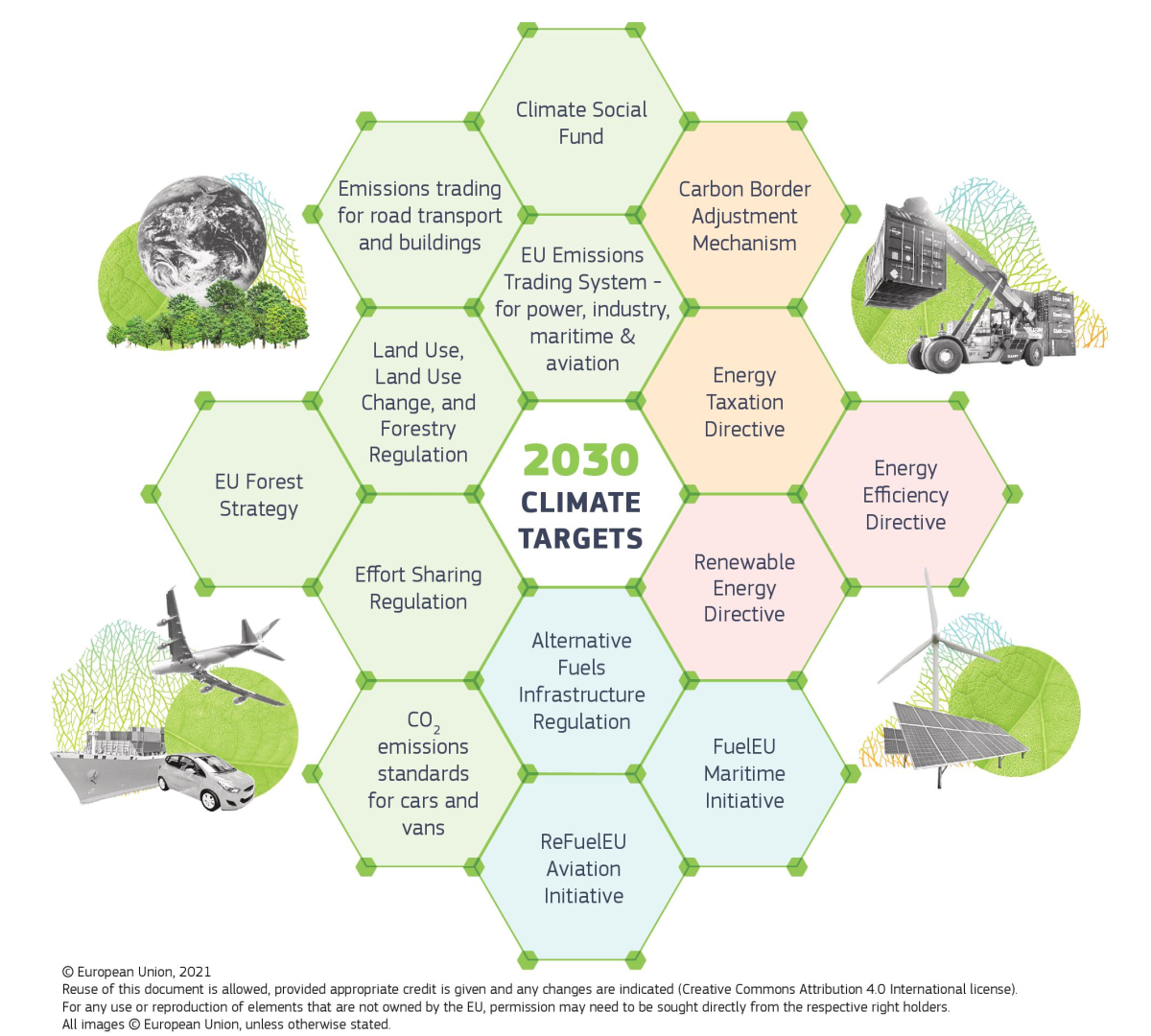 Links to the Commission material

Q&A on The Effort sharing and Land-use, Forestry and Agriculture Regulations

Q&A on the Revision of the Energy Taxation Directive

Architecture of the package Factsheet

Who sets the targets? Expert Q&A on European energy and climate policy

The press team of European Commission will answer all questions once the package is published – they usually do not comment on drafts before publication. The relevant contacts can be found below. The press office has said that national representations might offer off-the-record press briefings ahead of 14 July. You can find the right contact here to ask.

Most of the contacts listed below are EU-level experts. You can find more contacts in the factsheet Who sets the targets? Expert Q&A on European energy and climate policy.

If you are interested in the national view of a particular country, Clean Energy Wire has put together a European climate and energy expert database. Here, you can find national contacts from member states and sort them by topic. Most countries are online already, others will be added soon.

You can also use the Brussels Binder database to find a female expert on EU policy.

Last but not least, you can always get in touch with the team at Clean Energy Wire (info@cleanenergywire.org). We will provide information and connect you with the experts you are looking for.

For political comment, you can contact the larger parties or groups in the European Parliament. Find the press contacts here.

There are many environmental NGOs with expertise on the issue, such as:

Legislative Train Schedule of the Fit for 55 Package, by European Parliament

Fit for 55, article collection by EurActiv

10 benchmarks to make Europe’s revamp of climate and energy laws a success, by think tank Agora Energiewende (May 2021)

A “Fit for 55” Package Based on Environmental Integrity and Solidarity, impulse paper by think tank Agora Energiewende & Ecologic Institute (March 2021)