Factsheet
German society is transforming under the twin pressures of the legislation that frames the country’s energy transition, and the drive from ordinary people now playing an active role in decentralised energy production, and making choices about the homes and communities they live in and the cars they drive. The following facts and figures demonstrate some of the context and effects of this transformation.

The German electricity grid is a total of 1.78 million kilometres in length – 4.5 times the distance from the earth to the moon – and connected to 550,000 transformers. But only the 20 per cent of the network suspended on masts are visible, with the rest laid underground. An additional 2,650 kilometres of new high-voltage grid is currently being laid, much of it to accommodate renewables. It is not yet clear how much of this will be above and below ground.

There are 1.4 million solar PV panels and 1.9 million solar thermal collectors on German homes, barns, garages, and in solar parks (2013).

The capacity of lignite-burning power stations in Germany is 21 GW and the total capacity of Germany’s hard coal-burning facilities is 26.5 GW.

Regulations for new buildings: As of 2016, all new residential and non-residential buildings must meet higher energy efficiency standards with a 25 per cent lower ceiling for primary energy demand.  As of 2021, the EU’s “nearly zero energy standard” will apply to all new buildings. This means they must have very low energy consumption, though the Energy Performance of Buildings Directive leaves the precise definition open so that member states have room to determine the most appropriate application within their own context.

Old buildings: The owners of existing buildings must comply with new regulations: 1) Heating systems must be replaced after 30 years, starting with oil and gas boilers installed before 1985, which must be replaced by 2015. 2) Top-floor ceilings must comply with minimum heat insulation requirements by the end of 2015. This applies to the ceilings of heated rooms located below unheated attics.

There are 6,635 certified passive houses in Germany, according to the Passive House Institute.

Germany’s flagship research project addressing buildings and energy is called Research for Energy Optimized Building. Its task is to develop designs for the buildings of the future. Its multi-disciplinary teams monitor and analyze model projects, the potential of schools, the economic viability of energy-optimized buildings, workplace satisfaction and comfort, and energy-optimized construction, among other issues.

CO2 equivalents from private households have fallen by 30 per cent since 1990 (See Figure 1), largely as a result of the declining use of fuel oil for heating (See Figure 2). However, because the biggest share of household energy consumption goes on heating, these emissions fluctuate with the weather, year on year. Gas and oil make up more than half of household energy consumption (See Figure 3). Electricity consumption in households has declined, partly as a result of technological advances such as energy-saving light bulbs and more efficient appliances. 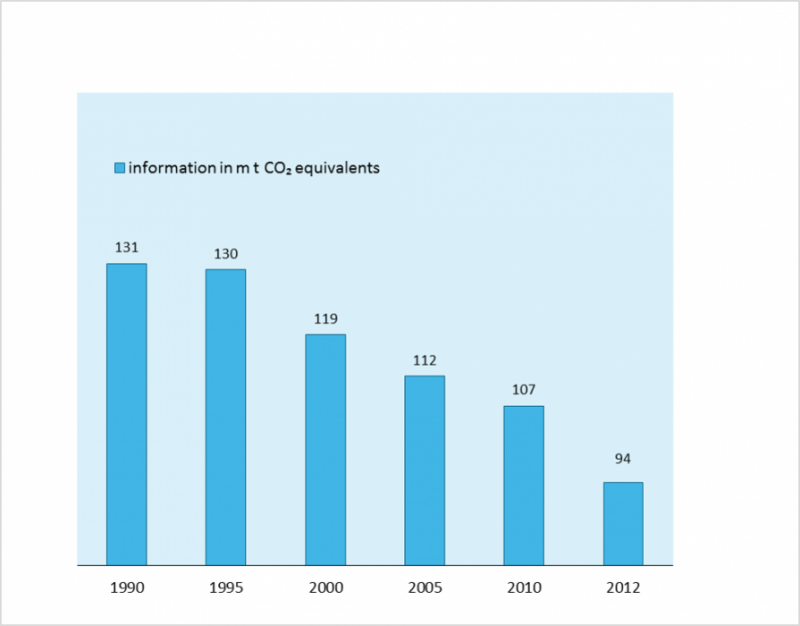 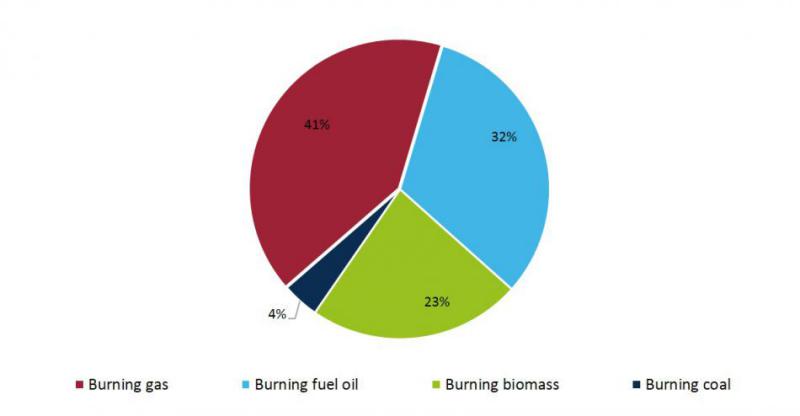 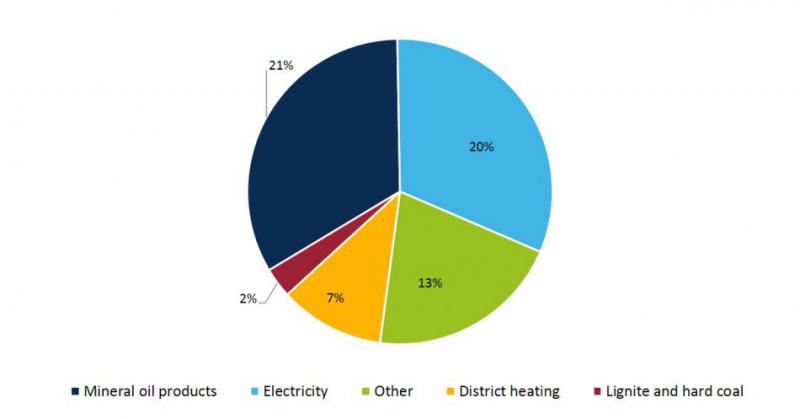 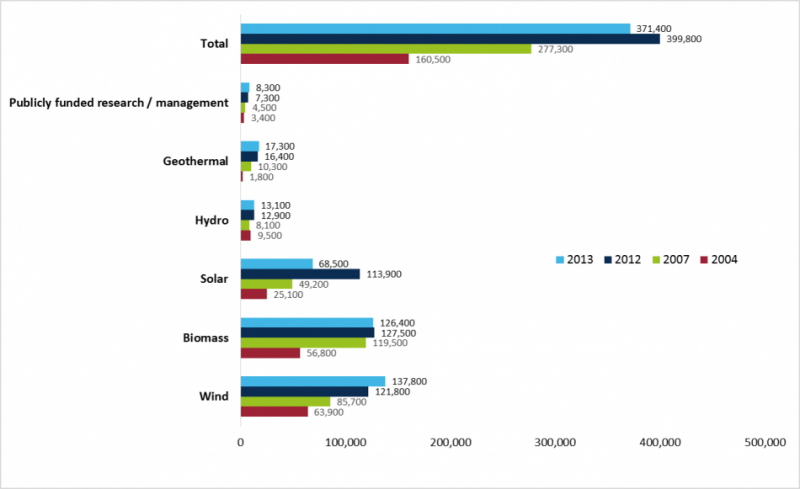 There are 824 “solar schools” in Germany (according to criteria set out by the Federal Ministry for Environment) that either operate solar panels or regularly address the topic of renewable energy in the classroom. In 2013, solar schools produced a total of 6.4 million kWh of climate-friendly power. As of 2016, the Energiewende will be taught as part of Baden-Wurttemberg’s secondary school curriculum.

There are 385 programmes at German colleges and universities – from vocational training to postgraduate courses – that address renewable energy.

There are 111 “bio-energy villages” in Germany that produce at least 50 per cent of their own electricity and heat from biomass.
- Development Perspectives for Sustainable 100 per cent Renewable Energy Regions in Germany is a project that identifies, monitors and networks regions, municipalities and cities that want to convert their energy supply to renewables. Currently, there are more than 130 counties, municipalities, regional networks and cities in Germany pursuing this goal.

Germany’s Federal Ministry of Energy and Economy calculates that there are 2.9 million people directly employed in tourism in Germany, or 7 per cent of the German workforce.

Viabono is Germany’s certification seal for sustainable tourism. The company uses sustainability criteria to evaluate hotels, youth hostels, pensions, campsites and more. Viabono grades the carbon footprint of all of the facilities it certifies.

The Baedeker guidebook Deutschland - Erneuerbare Energien erleben is currently in its second edition. It highlights 190 destinations and sights for tourists interested in renewable energy and the Energiewende. Baedeker is one of Germany’s oldest tourist guide book publishers, founded in 1827.

New registrations of electric cars in Germany doubled from around 3,000 in 2012 to 6,050 in 2013, according to the Federal Motor Transport Authority. There are now 13,000 electric vehicles registered in Germany. By 2020, the Federal Republic aims to have one million electric-powered vehicles on the road.