Factsheet
Bavaria, the picture-book state with its rich green alpine landscapes, Walt Disney-inspiring Neuschwanstein Castle, Oktoberfest and champion football club FC Bayern Munich boasts the highest amount of installed capacity of solar PV, geothermal and hydro power of all federal states. In 2016, 43.3 percent of power generation came from renewables, most of it from hydro, PV and bioenergy. At the same time, Bavaria still produces almost 40 percent of its electricity from nuclear energy and will likely depend on imports after nuclear power plants are switched off by 2022. In 2015, the state government adopted the Bavarian Energy Programme with climate and energy targets for one of Germany's richest states. Voters headed to the polls on 14 October. [Update adds new cabinet positions]

Bavarian conservative parties Christian Socialist Union (CSU) and Free Voters have signed a coalition treaty for the coming five years in Germany’s southern economic power house and largest federal state. The alliance aims to make climate protection a “constitutional goal” and introduce a climate protection law which will include concrete CO₂ targets to reduce greenhouse gas emissions to under two tonnes per citizen annually by 2050. “We are setting a conscious signal for sustainable ecology. Bavaria can become greener, without the Greens,” said current state premier Markus Söder (CSU), who will likely remain head of government. Many conservatives had called for improvements and changes in this regard, and the CSU had “learned” from this, he added. The parties emphasised that they see “the most regional and decentralised energy supply possible as a great opportunity for local value creation”. Renewables expansion will be done “in agreement with” the population and municipalities, and cities will be made greener with the coalition’s “City.Climate.Nature” initiative. At the federal level, the new state government will call for more renewables capacity for Germany’s south in upcoming auctions, advocate the expansion of European emissions trading, and support federal initiatives for an internationally coordinated introduction of a CO₂ price. 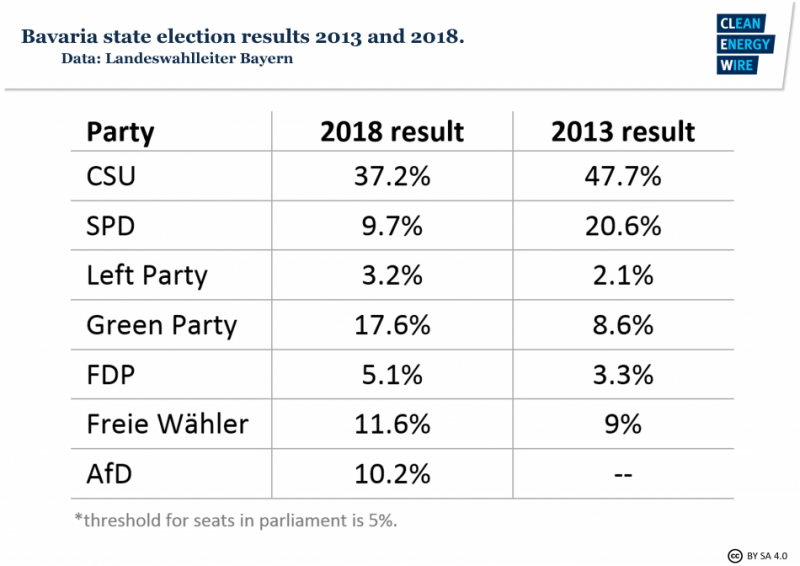 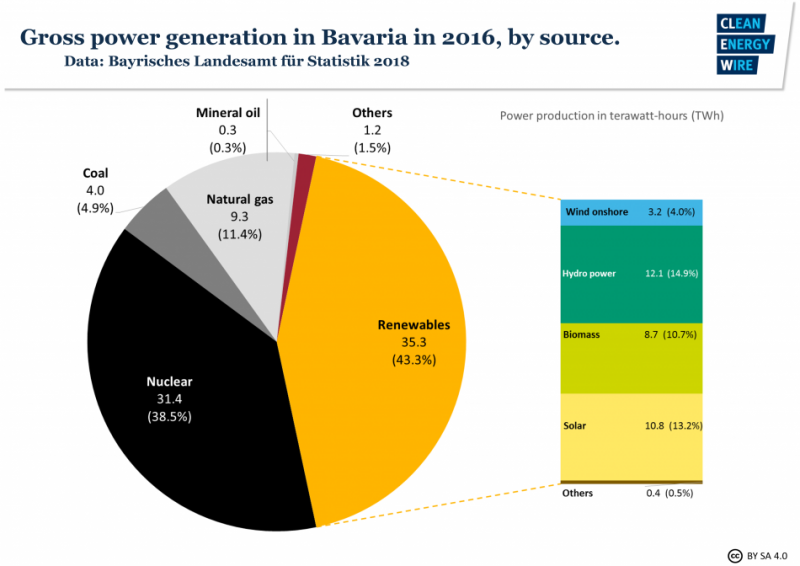 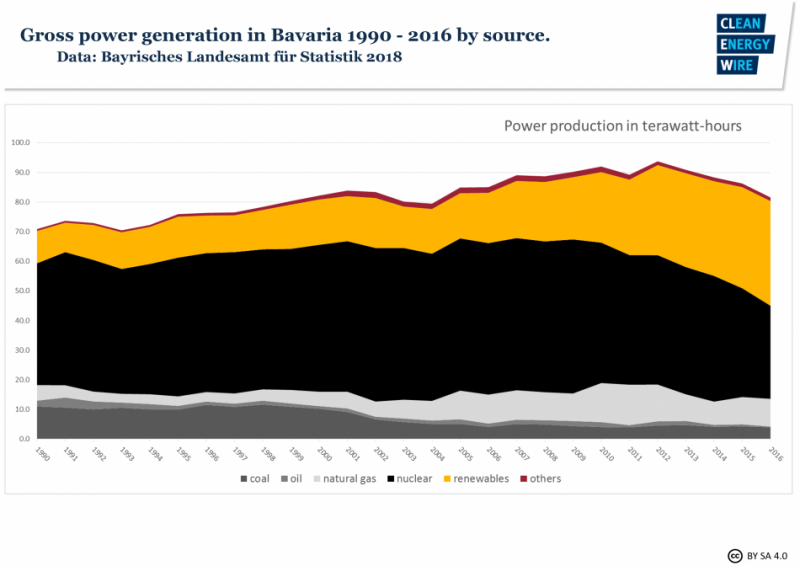 Climate and energy targets in Bavaria

The state government’s “Bavarian Energy Programme; secure – affordable – environmentally-friendly”, decided in 2015, stipulates several energy transition targets for 2025. Primary energy consumption is to be reduced by 10 percent, compared to 2010, and renewable energy should cover 20 percent of primary energy consumption and 70 percent of power generation. The programme acknowledges that the nuclear exit and renewables expansion must not place an additional burden on the climate.

“The phase-out of nuclear energy cannot mean a return to coal as the most important source of energy. Bavaria's energy policy therefore aims to ensure that renewable energies account for as much of electricity generation as possible.” To guarantee supply security for Bavaria’s economy, “modern gas power plants and demand-oriented hydropower and biogas plants are indispensable.”