Factsheet
As voters across Europe headed to the polls to elect a new European Parliament, German national media paid comparatively little attention to the regional election taking place at the same time in the country’s smallest and least populous state Bremen. However, the results may impact the federal government: First projections show that the Social Democratic Party (SPD) dropped to second place for the first time in more than 70 years in the city state, potentially also losing the reign, as Angela Merkel’s conservative CDU looks set to have won the largest share of votes. This deals another blow to the already weakened SPD, which governs with Merkel's CDU/CSU alliance on a federal level. Coalition talks are set to be difficult. The Green Party is a possible partner for both CDU and SPD and could end up as the kingmaker in the debt-ridden state. Bremen boasts the highest concentration of wind turbines of all states and is home to more than 100 wind power companies, but it is still heavily dependent on fossil energy. With the Climate Protection and Energy Act, the state enshrined its goal of reducing greenhouse gas emissions by 40 percent by 2020 into law.

The state consists of the city of Bremen as well as the small exclave of Bremerhaven in Northern Germany, surrounded by the larger state of Lower Saxony.

Mayor and President of the Senate: Carsten Sieling (SPD) 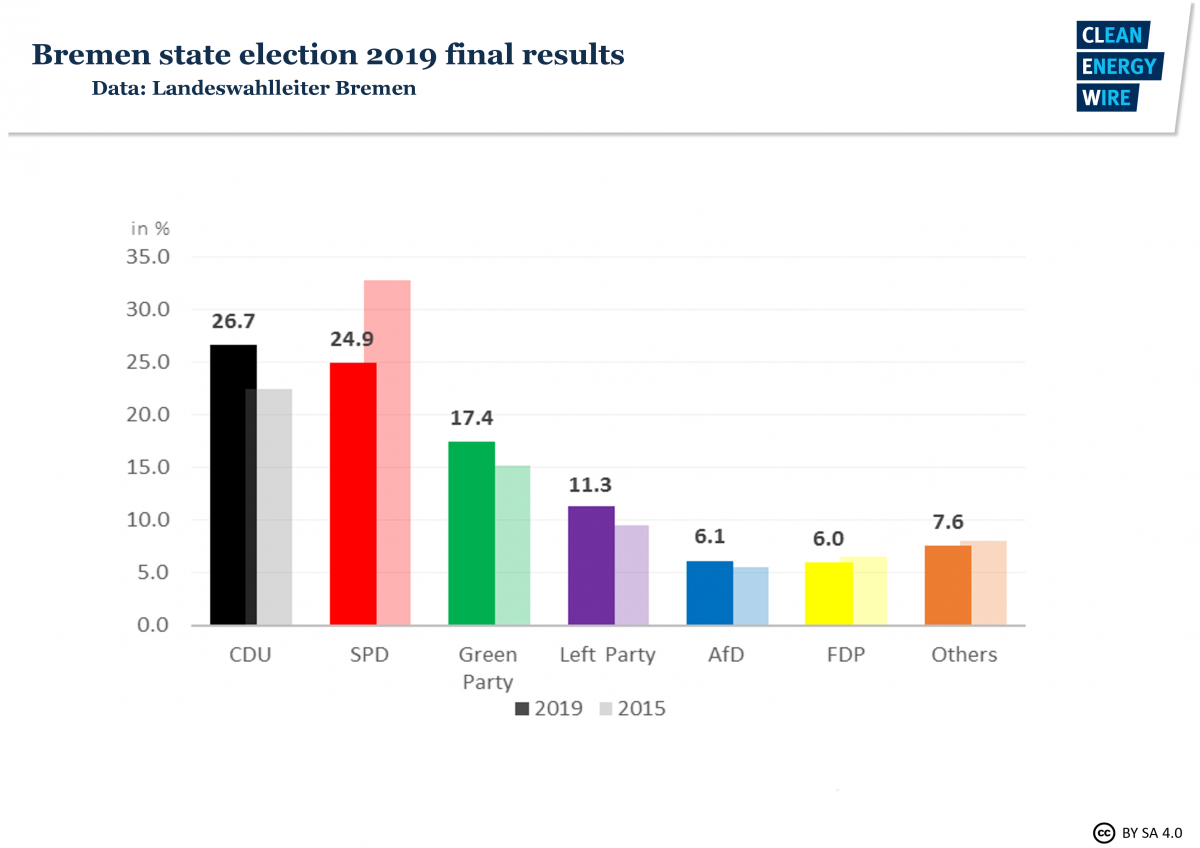 The State of Bremen aimed to set the course for ambitious climate action and a rethinking of energy use with its Climate Protection and Energy Programme 2020. It was adopted by the city’s government (called Senate in the city states) in 2009, setting the target of CO2 emissions reduction by at least 40 percent compared to 1990 levels by 2020 (CO2 emissions from the steel industry excluded). In March 2015 the Bremen Climate Protection and Energy Act (BremKEG) enshrined the target into law. With the law, the state of Bremen laid down requirements and framework conditions for climate protection and adaptation to climate change with the goal to reduce emissions by 80-95 percent by mid-century. It obliges the government to introduce interim CO₂ reduction targets for 2030 and 2040 in due course. 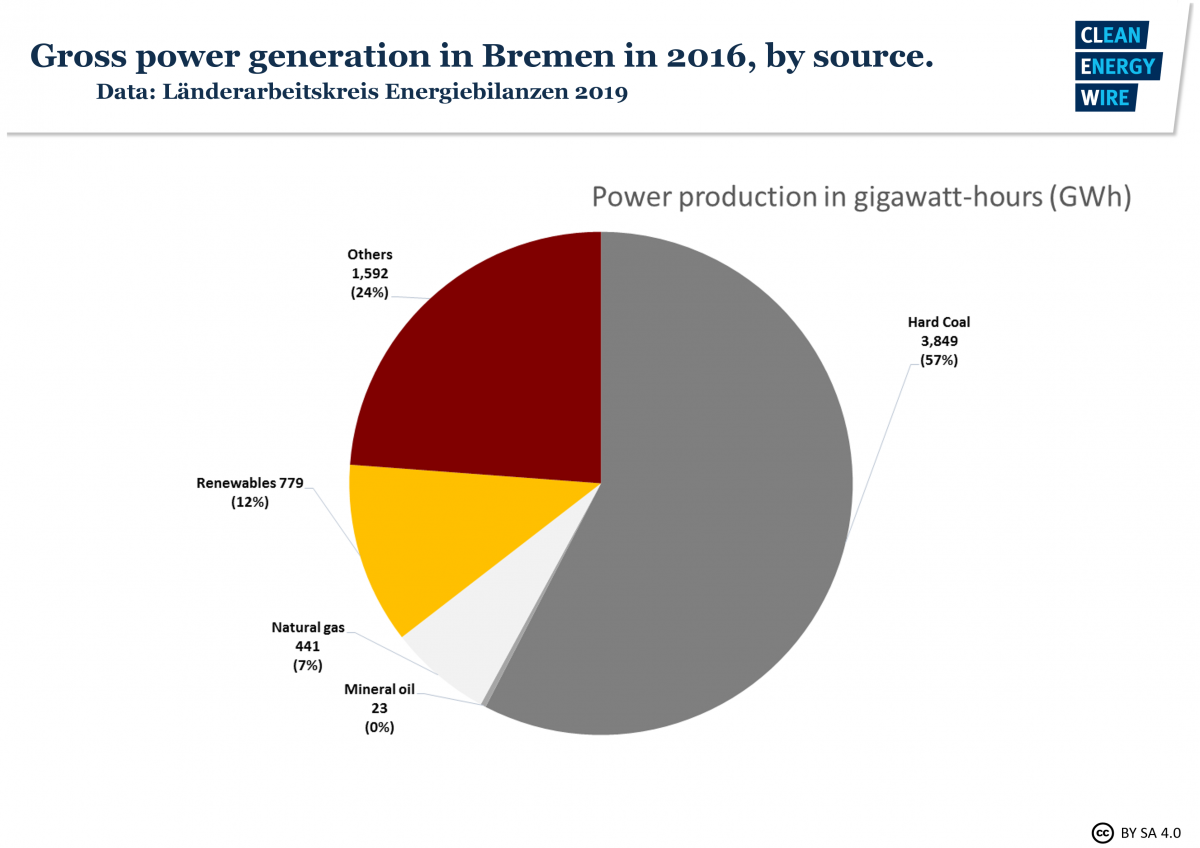 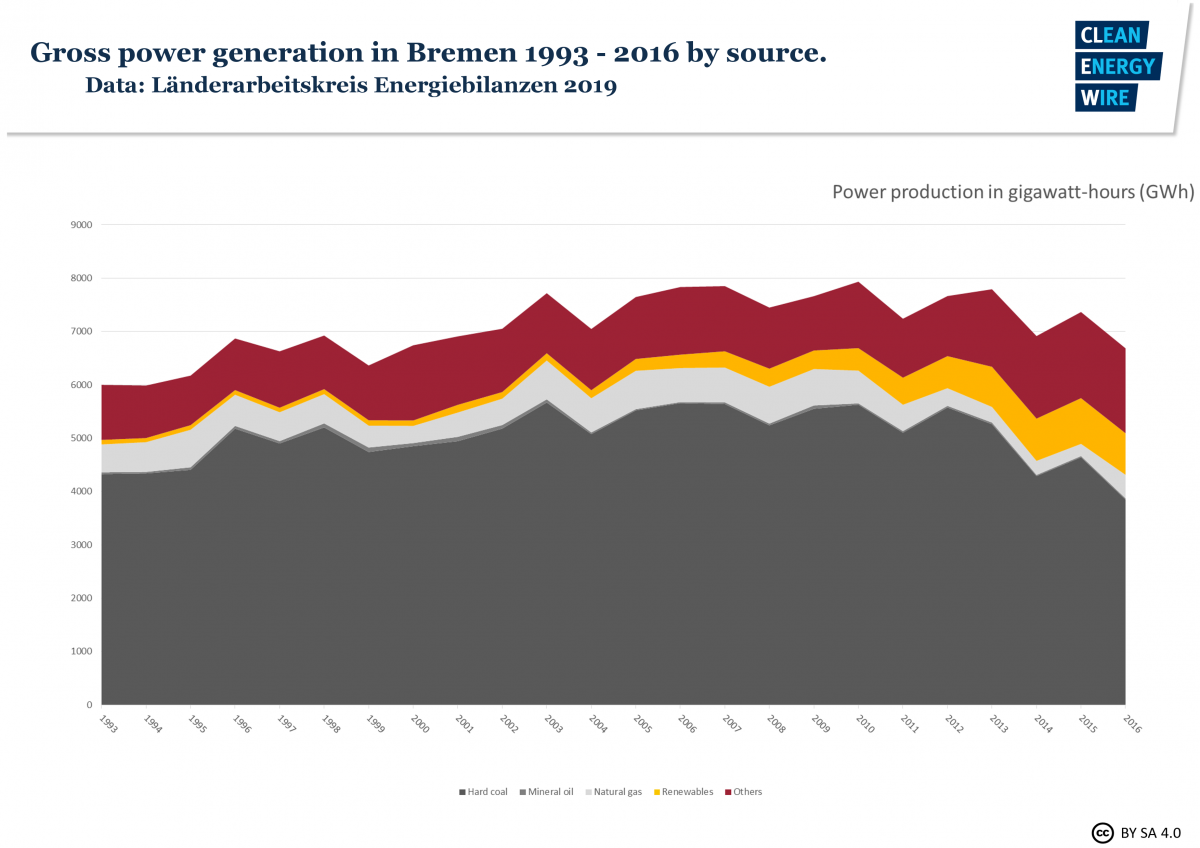