Trees in German cities are stressed by an unusual drought that affects their ability to absorb CO2 and convert it into oxygen, biologist Michael Blaschke says in an article written by Peter Clement in the Rheinische Post. Many trees in inner cities shed their leaves to save energy, and contrary to their fellow specimen in forests, their root system is usually not extensive enough to source water from deeper layers of the soil, biologist Blaschke says. “They need all of our help right now,” he warns, adding that an average tree needs between 50 and 80 litres of water per day to flourish. In many German cities, firefighters currently use their equipment to water trees and green spaces. A big tree can convert up to 9,400 litres of CO2 on a sunny day, equivalent to the carbon output of two or three families, but this ability is greatly diminished if the plant does not have enough water at its disposal. “This climate cooling effect is largely absent this year,” Blaschke says. 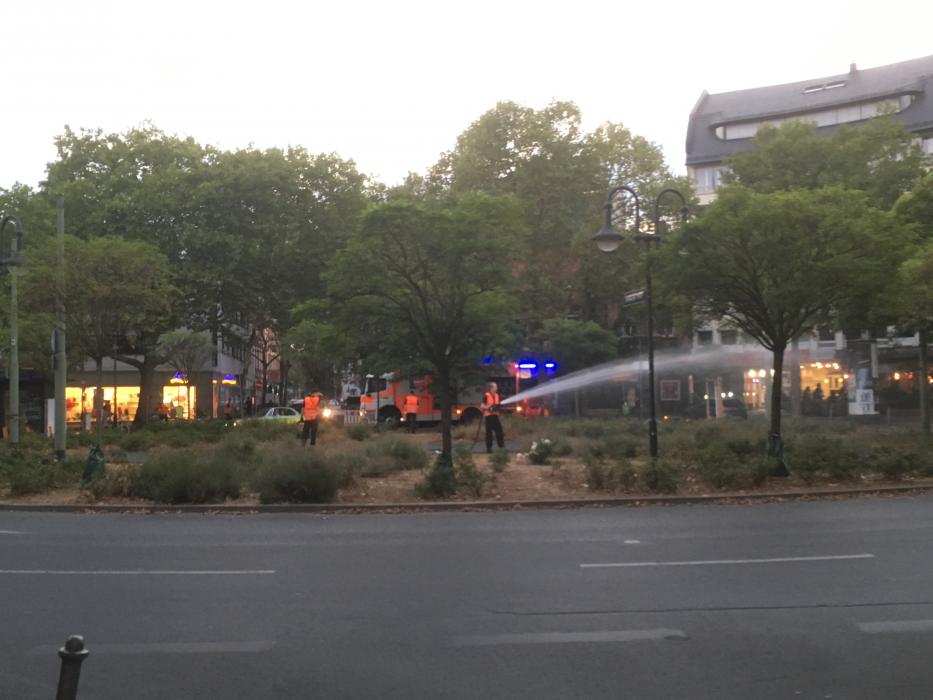