Primary energy consumption in Germany rose by 1.6 percent in the first six months of 2016, compared to the same period last year, the AG Energiebilanzen (AGEB) reports. The reasons are the colder weather at the beginning of the year, a growing economy, and an increase in population, the researchers say. The use of hard coal, lignite and nuclear power fell, the consumption of natural gas rose and renewables also increased their contribution to total energy consumption. 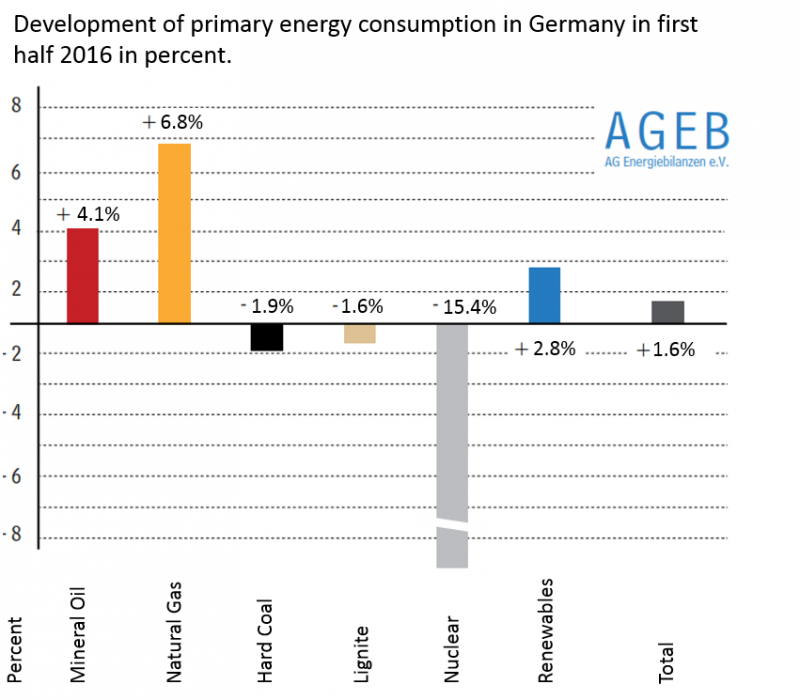