Corona stimulus packages in G20 countries are set to delay climate action, according to a report published by Climate Transparency, an international partnership of climate research organisations and NGOs. Many of the world's 20 largest economies provide comprehensive support for their coal, oil and gas industries, resulting in a setback in the fight against climate change, the "Climate Transparency Report" said. It added that climate policies in G20 countries had started to show an effect prior to the pandemic, as 2019 marked the first slight decline in emissions in the absence of an economic crisis.

The report rated Germany's and the EU's stimulus packages as relatively "green" in comparison to those of many other countries. The report highlighted Germany’s efforts to promote the purchase of electric and hybrid vehicles instead of traditional ones, as well as its plans to support the rollout of a hydrogen economy, public transport, building efficiency and forestry. However, the government also bailed out three airlines – TUI Fly, Lufthansa and Condor - without environmental conditions, the report stressed. The EU recovery plan worth 750 billion euros dedicates about 30 percent to green measures in support of the EU Green Deal. “The EU and Germany tie at least some of their economic stimulus packages to climate criteria,” said Jan Burck from the environmental and development organization Germanwatch, one of the study's authors. “Nevertheless, there are also weaknesses in implementation: the climate-friendliness of investments is not yet measured against the criteria of the EU taxonomy - the stringent EU test framework for sustainable investments.”

Of the G20 countries, Germany is leading in energy efficiency in the building sector, the report said. But it also said the country is falling behind when it comes to decarbonising the transport sector and phasing out coal. The German coal exit law, which establishes that power generation from coal should be stopped no later than 2038, is not in line with the Paris Agreement and is much less ambitious than the comparable laws in the majority of EU member states, the report said.

The "Climate Transparency Report" evaluates the G20 countries’ individual transition to a low-carbon economy, mapping achievements in their efforts to reduce emissions, adapt to climate impacts and “green” the financial system. It provides detailed profiles for the individual G20 members. G20 nations are responsible for about 80 percent of global greenhouse gas emissions and represent roughly 80 percent of global wealth. 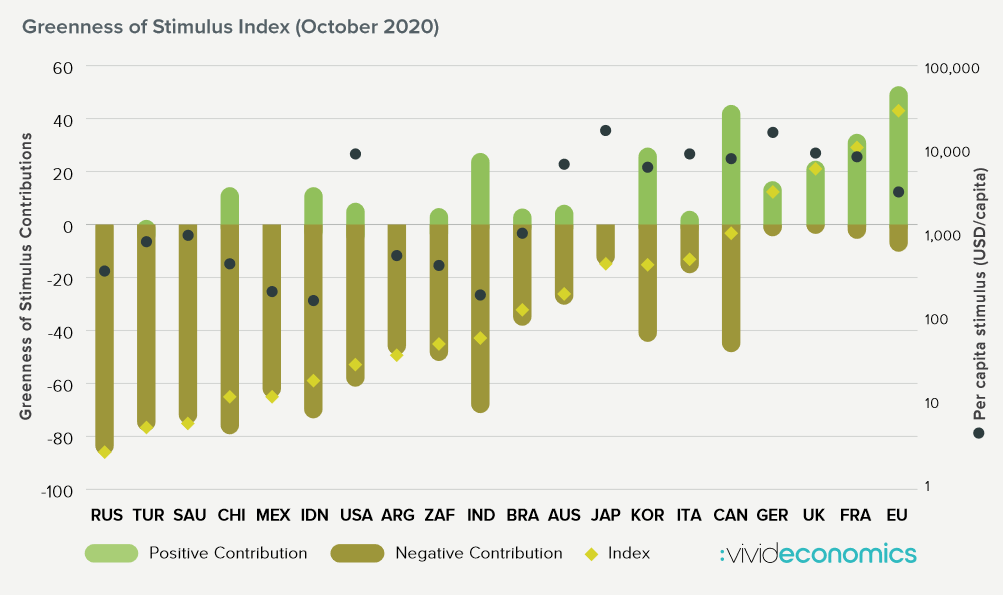