Germany saw its greenhouse gas emissions dip slightly in 2017, as wind power continued to replace coal-fired electricity generation and hard coal power plants were shut down, new estimates released by the Federal Environment Agency (UBA) show. The data also revealed that the country has failed again to make any progress in the transport sector, where a growing passenger car fleet and increased road freight transport continue to produce harmful emissions. “In the transport sector, the developments unfortunately are still moving in the wrong direction,” said the new environment minister, Svenja Schulze, in a joint press release with UBA. “We need a fundamental transition in the transport sector toward climate protection and clean air. This must become a focus of this legislative period.” 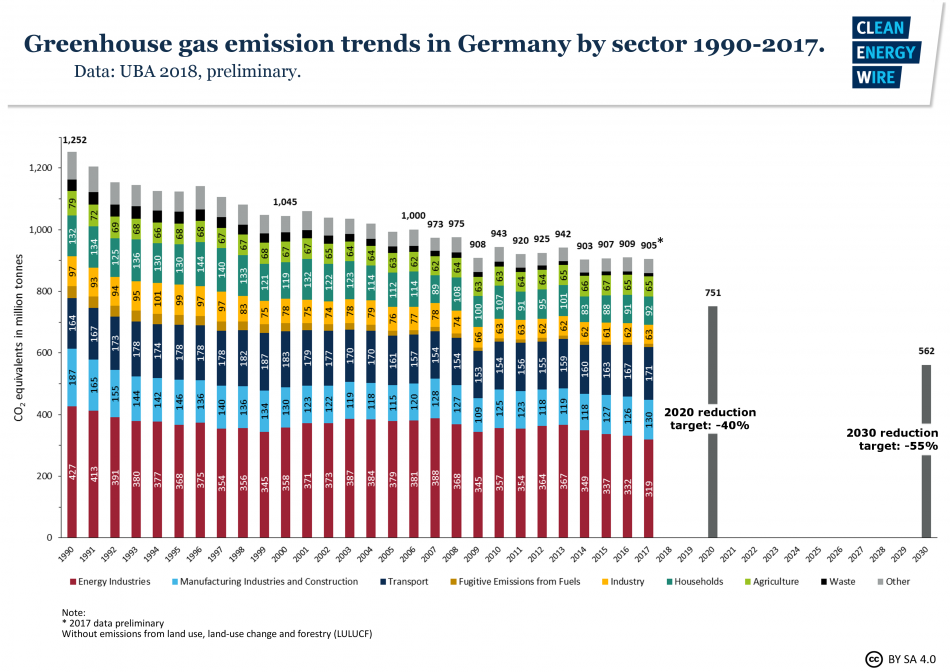