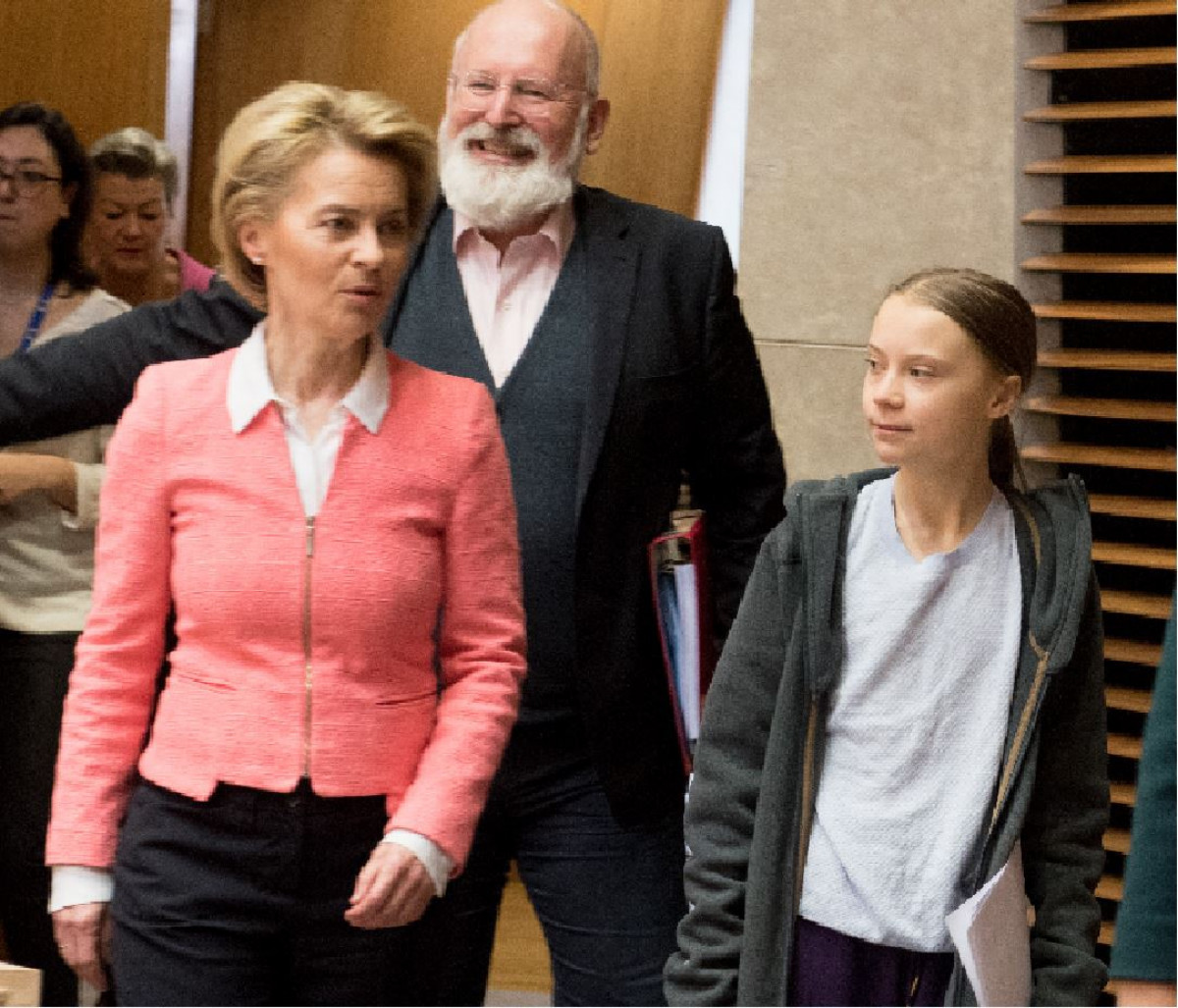 The European Commission is unveiling its proposal for the EU's first ever climate law, which will form the basis of the EU's proposed Green Deal, and will provide a framework for reaching the bloc's target of becoming climate-neutral by 2050. The proposed legislation would make this target irreversible and legally binding for all member states. According to a leaked draft, the plan contains a mechanism for regularly raising the bloc's climate targets, but it is being criticised by environmentalists for not including a more ambitious 2030 target. Instead, the Commission says it will conduct a review on whether to increase the 2030 target, with a decision due by September. Here, Clean Energy Wire presents a round-up of reactions from Germany. Please note: This collection will be updated throughout the day.

"The BDI is concerned about the European Commission's draft of the EU climate law presented today. It remains completely unclear whether and with which instruments further tightening of targets could be achieved at all. Mere target formulations remain wishful thinking if no concrete instruments are named and the consequences are not thoroughly assessed. This creates frustration and investment uncertainty where massive investments would actually be necessary.

The possible consequences of tightening climate targets must be weighed in a meticulous impact assessment process. This is particularly true in view of the continuing lack of ambition of many other major emitters with whom our companies compete internationally. The unlimited powers for the Commission contained in the draft legislation with regard to tightening targets must be carefully defined, otherwise there is a risk of lasting damage to Europe's competitiveness.

German industry's demands on the law are clear: in addition to the proposed target of net greenhouse gas neutrality by 2050, an equally binding industrial target is needed. The European Commission is right to give top priority to the cost-effectiveness of the measures and to maintaining the competitiveness of the economy. All EU plans must be measured against this."

"In the German chemical industry, we are already working on the technologies to make our production greenhouse gas neutral by the middle of the century. To do this, we need a lot of renewable energy at very reasonable prices. The solution to this task must now be dealt with intensively by the politicians in Brussels and Berlin. The current trend towards ever higher electricity prices is clearly harmful to the climate. [The VCI is also] critical of the fact that the Commission has apparently agreed to tighten the EU climate target to a 50 to 55 percent CO2 reduction by 2030. [The] chemical industry would hardly be able to achieve the additional CO2 targets that would result from the emissions trading scheme."

According to the VCI's "Roadmap 2050" to climate-neutrality published last year, "greenhouse gas-neutral production processes in the chemical industry will be available from the mid-2030s at the earliest […] We need a lot of staying power to achieve zero emissions in the chemical industry. A further tightening of the targets up to 2030 could lead to us running out of steam on the way. In addition, cuts of this size within 10 years would not be compatible with the time periods required for investments and plant permits. [With its proposals] the EU is promoting the relocation of production rather than the climate-friendly renewal of industry."

Ottmar Edenhofer, Director of the Potsdam Institute for Climate Impact Research (PIK) and Professor of Climate Economics at the Technical University of Berlin:

"This is an important step in the right direction - to ensure sustainable prosperity, it is time to stop tip-toeing around and get moving. But it is not enough to set the right goals. We need clearly defined paths and short-term entry points to actually achieve the goals. From an economic point of view, a cleverly made and comprehensive CO2 pricing system is the most efficient and socially just measure for a secure climate future. The EU should tackle this now if it wants to substantially reduce greenhouse gas emissions. A fair price on CO2 emissions could help unite EU member states, along with mechanisms such as compensation rules and burden sharing, while taking into account their diversity. This could be the next step."

NGO Environmental Action Germany said the proposed law clearly fails to meet expectations and is insufficient for achieving climate neutrality by the middle of the century. DUH said the draft legislation is missing "essential parts," such as binding intermediary targets or a joint European emissions budget that is compatible with the goal of limiting global warming to 1.5 degrees Celsius. "In its current form, the climate law cannot become the umbrella that is needed for European climate policy," NGO head Sascha Müller Krenner said.

Friends of the Earth Germany (BUND):

Friends of the Earth Germany said the proposal means the EU faces "a crash rather than a moon shot" in its climate policy. "Commission head Ursula von der Leyen initially said the bloc's climate policy should be as ambitious as the moon landing," said NGO head Olaf Bandt. "But instead of seeing one giant leap for mankind, we remain stuck with the same old baby steps." While the bloc has set a 2050 target of climate neutrality, the decisive question of where the EU will set its short-term emissions reduction target for 2030 is not answered, Bandt said.

Oliver Geden of the German Institute for International and Security Affairs (SWP) told Clean Energy Wire the climate law would primarily serve to settle the balance of power between the European Commission, the member states and the European Parliament. The proposal would give the commission authority to set EU climate targets and the power to override national vetos."Such a scenario would be unacceptable for member states, as it means a considerable loss of power," he argued. However, the commission might be willing to trade that authority in return for member states agreeing to ambitious intermediary targets in the law, Geden said.

"The EU Climate Protection Act is a very important anchor point - it substantiates the goal of greenhouse gas neutrality by 2050. The draft says that the EU Commission can adjust the targets on the way to achieving [greenhouse gas neutrality] every five years starting in 2030. This is a strong intervention vis-à-vis the EU member states. They will not be able to reject the law in its entirety, otherwise they will be seen as a brake on the European Green Deal […] The Commission is putting the member states under more pressure than ever before. They will have to move. So now there is hope that something is really happening in Europe."

"However, it would be important to have additional regulations that promote the implementation of the objectives through political measures in the member states: The EU Commission must install a review mechanism - and clarify what will be done if member states do not make the announced progress in national climate protection."

"We must consider how we compensate for emissions that cannot be avoided completely, for example from certain industrial processes. For this, we need a debate on technologies to extract CO2 from the atmosphere. Some of these are very controversial and conflicting objectives arise. However, this is something that needs to be discussed now."