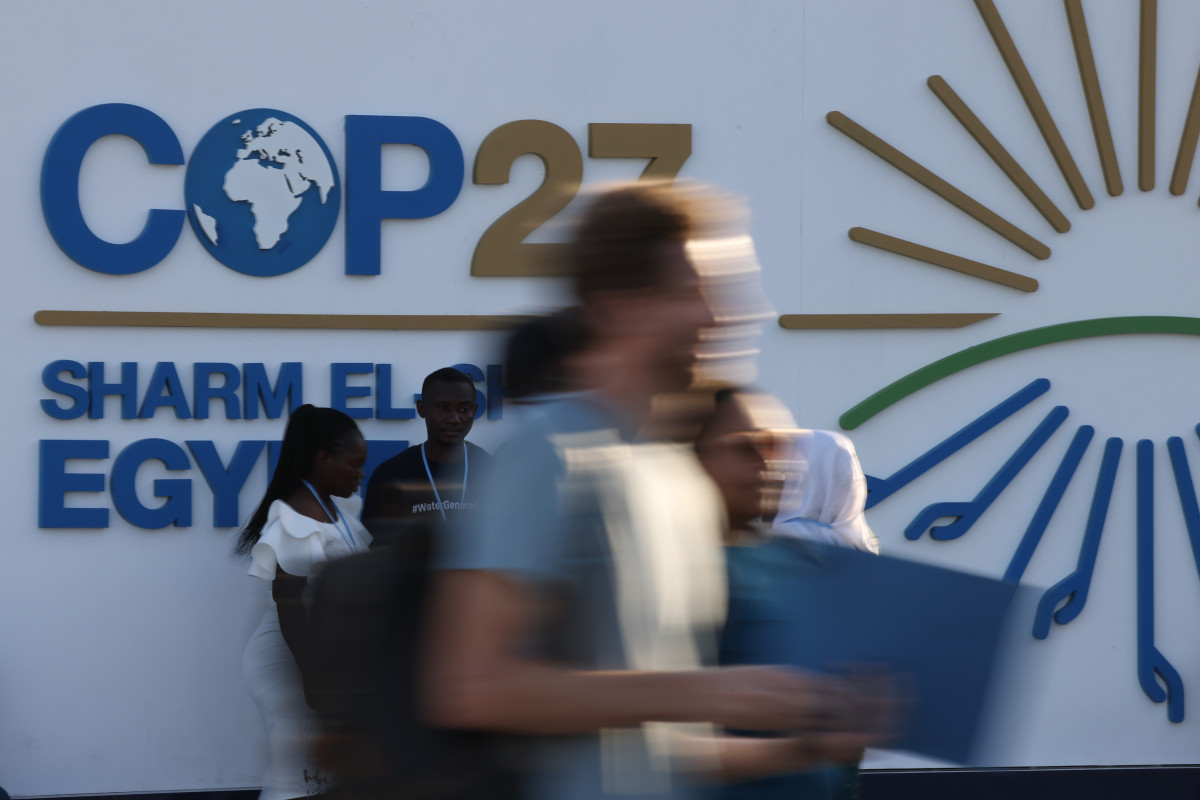 Support for poorer and most vulnerable countries is a main issue at COP27 in Sharm El-Sheikh. Photo: European Union.

As the UN climate change conference (COP27) gets underway in Egypt, the German government has pledged additional funding to protect forests worldwide and support the most vulnerable countries in dealing with climate risks. Chancellor Olaf Scholz reassured that Germany would stick to its climate targets and said there will be no renaissance of fossil fuels in Germany. NGOs welcomed the announcement of more finance, but said the promised support for vulnerable countries is but "a drop in the ocean" compared to what is actually needed.

Germany will double its support to protect forests worldwide through the Global Forest Finance Pledge to two billion euros by 2025, the development ministry said in a press release. The announcement came at the start of the UN climate change conference (COP27), which takes place in Egypt from 6 - 18 November.

Germany had pledged one billion euros between 2021 and 2025 at last year’s COP26 in the UK. The topped-up funds will be invested mainly via bilateral programmes with partner countries such as Brazil, Ecuador, Madagascar or Pakistan, but also through multilateral initiatives, said the development ministry. “Our joint global commitment to halt deforestation and restore forests needs to be translated into concrete and scalable action on the ground that will benefit people, biodiversity and the climate,” said chancellor Olaf Scholz.

A day after Scholz's announcement at the UN conference, European Commission president Ursula von der Leyen said the bloc will launch so-called Forest Partnerships with five other countries (Guyana, Mongolia, the Republic of Congo, Uganda and Zambia). The partnerships are aimed at supporting reafforestation in supported countries thus to improve climate and biodiversity protection. "Through these partnerships, we will support our partners in sustainably managing and preserving forests, one of the world's richest natural resources to combat climate change," von der Leyen said.

“There must be no global renaissance of fossil energies” - Scholz

During his speech at the climate conference, Scholz assured that Germany would keep to its goal to abandon fossil fuels even as the country is dealing with the energy crisis. “There must be no global renaissance of fossil energies,” said the chancellor. "Yes, Russia's brutal war of aggression on Ukraine is forcing us to reconnect coal-fired power plants to the grid for a short time. But we are firmly committed to the coal phase-out."

In an effort to secure energy supply amid the crisis, Germany has allowed coal-fired power plants back to the market from a reserve, and is seeking new natural gas deliveries across the globe. German officials reiterated last week that public support for new gas projects in other countries should be possible, as long as these are in line with overall climate commitments. The comments by the government came amid sharp criticism by environmental organisations ahead of COP27, who say that any new fossil fuel exploration is likely incompatible with the Paris Climate Agreement target of ideally limiting global warming to 1.5°C.

Due to their reaction to the crisis, Germany and other European countries stand accused of climate hypocrisy, as they call on others to do more to reduce emissions while at the same time buying up the world’s fossil fuel resources to secure domestic energy supply. As the EU seeks to regain the trust of poorer countries at COP27, support for developing countries in dealing with the effects of a changing climate – such as more frequent and extreme weather events, droughts, and rising sea levels – is among the core topics of the conference's agenda.

The German chancellor further promised 170 million euros for a scheme to support vulnerable countries in dealing with the climate crisis. Under the German presidency, the G7 this year decided to set up a so-called “Global Shield against Climate Risks”, which will officially be launched at COP27 on 14 November.

The initiative aims to improve insurance and social security schemes to ensure that support arrives timely and systematically. However, critics say it instead represents the latest attempt by wealthy countries’ to avoid paying for climate damage by keeping the burden on individuals in poorer countries through insurance premiums, reported Climate Home News earlier this year.

Eighty-four million euros has been earmarked for the central financing structure of the shield, with the other funds set for complementary instruments of climate risk financing, said the development ministry.

Sven Harmeling, head of climate policy at NGO CARE, welcomed Scholz’s announcement as a positive sign. “However, this is only a drop in the ocean and can only be an additional element to a comprehensive financing instrument under the umbrella of UN climate policy, which is to be decided here at COP27,” he said.

The pressure on wealthy countries – which are key drivers of climate change – to put up financial support to poorer, more vulnerable regions to deal with losses and damages resulting from a changing climate has increased. Developed countries have resisted calls for support for years, but the topic was made an official agenda point at COP27.

Germany to be “bridge builder” at COP27 – climate envoy Morgan