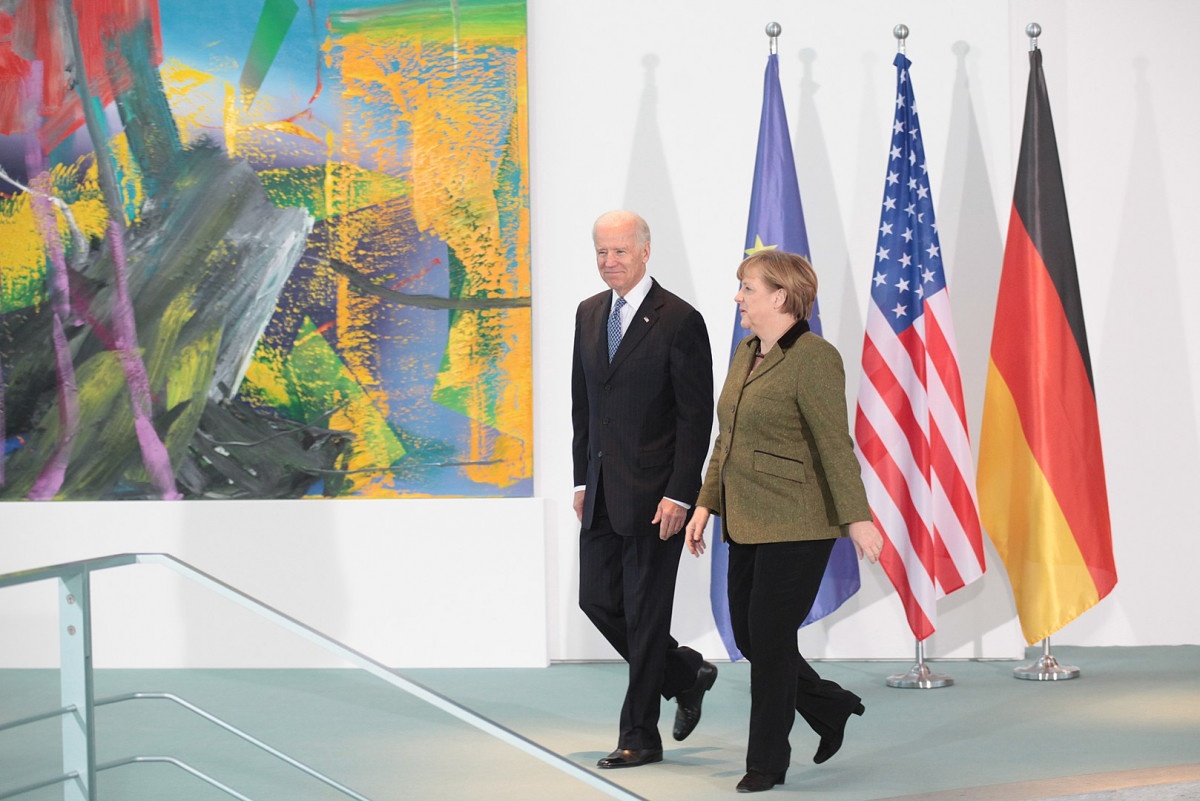 Governments in Germany and elsewhere in Europe are wary of the impact the US election could have on international climate action cooperation. While a win by incumbent President Donald Trump would likely exacerbate existing disputes on emissions reduction and energy policy, a victory by Democratic candidate Joe Biden could smoothen transatlantic relations in general and lead to common ground in terms of climate-friendly investments - but by no means would it resolve all contentious energy policy issues between Germany and the US.

As US voters head to the polls to make their choice between incumbent Republican President Donald Trump and his Democrat contender Joe Biden, governments in Germany and elsewhere in Europe are wary of the impact the election could have on international emissions reduction efforts.

A Biden win is likely to rekindle international climate cooperation on issues such as debt relief and green recovery, and the Democrat’s planned green economy investments would create friendly competition and possibilities for cooperation with Europe. But under any scenario, European leaders will continue to have to navigate difficult US-Russia and US-China relations – for example on gas exports into the EU – and commit to trade consequences for climate inaction such as the Carbon Border Adjustment Mechanism.

Under President Trump, the US have backed away from many climate commitments, including the landmark Paris Agreement, a move that will become effective on 4 November, one day after the vote. Biden, on the other hand, has proposed plans to reach net-zero emissions by 2050, as well as promising to re-enter the Paris Agreement on his first day in office. The answer to the question who will be in charge of the world's biggest economy after the election, therefore, will "fundamentally change the context of international climate cooperation”, Jennifer Tollmann, policy advisor at European climate policy think tank E3G, told Clean Energy Wire.

An incoming Democrat administration would create opportunity for reviving international cooperation on key issues such as debt relief and green recovery, think tank E3G argues. In addition, the $2 trillion Biden aims to spend on green economy investments, such as green hydrogen, zero-emission vehicles and decarbonizing heavy industry, would create friendly competition and possibilities for cooperation with Europe.

A Biden presidency could also diminish trade tensions and ensure the future of the World Trade Organization, the economic research institute IFO writes. Although he is not a free-trader, “Biden is convinced that cooperation within the framework of international institutions is the way forward”, Lisandra Flach, head of the IFO, recently wrote in business daily Handelsblatt.

Regardless of the outcome of the elections – including a potential constitutional crisis within the US – EU states should aim to agree on a pro-active international agenda, E3G argues. Even if Trump sits through another term, there is a global shift towards net-zero economies, with major economies like China, South Korea and Japan committing to climate neutrality, the think tank says. “There is momentum on the diplomacy side and competition on the economic side,” Tollmann explains. “The question is: is Europe riding that wave or are we tailing it?”

The German government recently called for intensifying climate cooperation with the US, irrespective of who is elected president. Minister of Foreign Affairs Heiko Maas said that he and environment minister Svenja Schulze planned to restart the “transatlantic climate bridge”, which would include not only closer cooperation between federal governments, but also between “states, cities, members of parliament, companies and science”.

“We need a new, common understanding about the global rules of the game,” Maas stated in a recent interview in German newspaper Der Tagesspiegel. “Trade and climate protection – as well as the pandemic – are areas in which purely national answers fall short.”

For Germany, key energy policy disputes with the US are unlikely to disappear also under a Biden administration. The contentious Nord Stream 2 pipeline that runs between Germany and Russia, for example, has been a favourite target of the Trump administration – but the sanctions imposed on it that led to a diplomatic outcry in Germany were also backed by the Democratic congress. Likewise, US pressure to increase its footprint on European gas markets through an import terminal for shipped liquefied natural gas (LNG) in Germany, is also likely to persist also if a new administration takes over.

Sigmar Gabriel, former German Minister of Foreign Affairs and current head of the US-German think tank Atlantikbrücke, also envisions a new role for Europe. “My impression is that we Europeans, especially we Germans, like to point fingers at the US and forget that many things that are not right at home have nothing to do with who the US president is,” he states in an interview in Deutschlandfunk. Although the US plays a defining role in issues such as climate protection, he says, “we Europeans also have homework to do”.