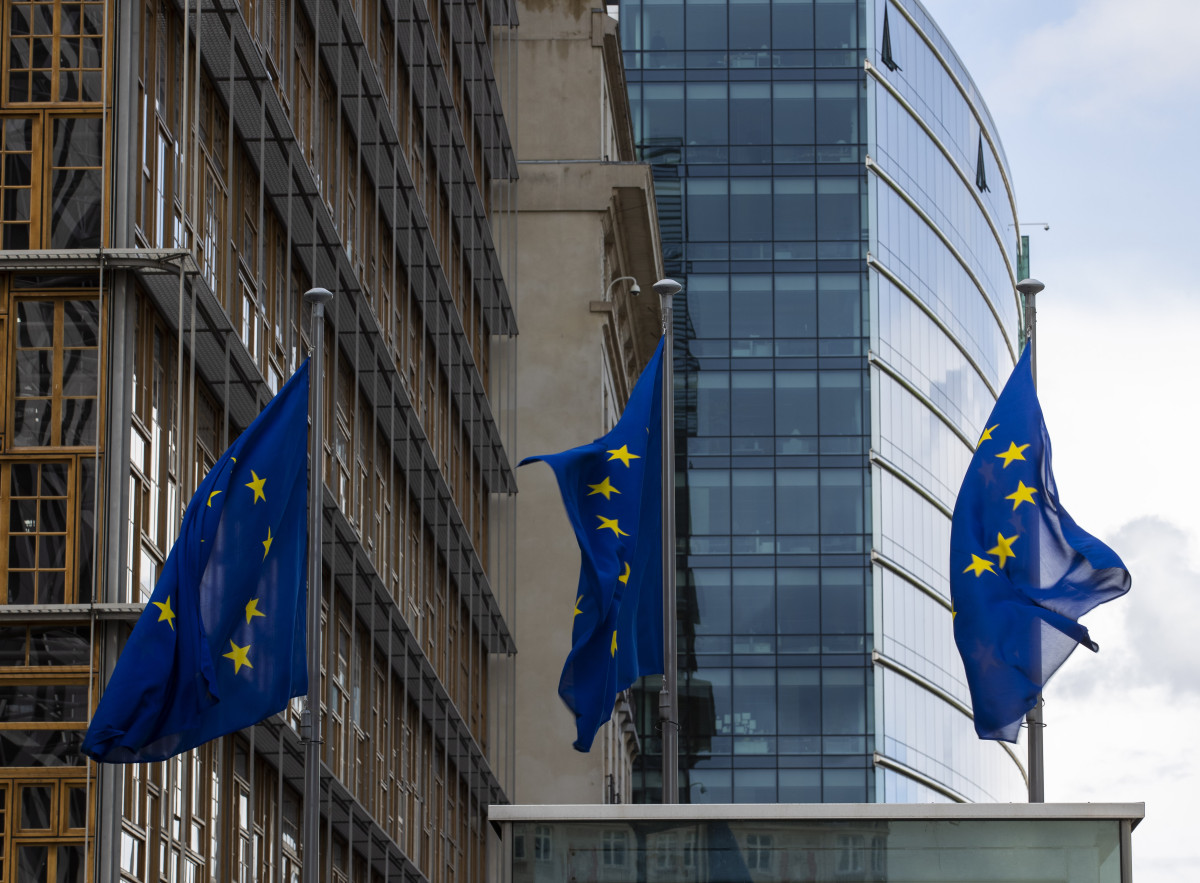 German stakeholders have welcomed a European Union deal to reform the bloc’s CO2 emissions trading system. Negotiators from the parliament, member state governments and the European Commission had reached an agreement to strengthen the existing carbon market for industry and the power sector, introduce a new CO2 price for fuels in the buildings and transport sectors, and set up a fund to help consumers deal with the costs. Economy minister Robert Habeck called the deal a “fantastic result”, while researchers and NGOs criticised parts of the agreement as too weak.

Politicians, researchers, industry representatives and NGOs have welcomed an EU deal on reforming the bloc’s emissions trading system (ETS) and other climate policies necessary to reach the bloc's target of reducing greenhouse gas emissions by 55 percent by 2030.

“Extremely difficult negotiations – all countries with their own industries, the protection of their households, with their own special interests and desires – and yet it has come to a breakthrough in what I think is a fantastic result,” said economy minister Robert Habeck. “Time and again Europe manages to come together and stay together through this difficult negotiation process,” he argued.

In the so-called trilogue negotiations, the three key law-making institutions of the European Union – the Parliament, member state governments in the Council and the European Commission – found a provisional agreement after 30 hours of talks. It must now be formally adopted by parliament and the Council.

The deal increases the greenhouse gas reduction target for the existing EU ETS to 62 percent by 2030 compared 2005 levels (from the current legislation’s 43%), and speeds up annual emissions reduction. The ETS covers the energy and industry sectors, which together accounted for about 40 percent of the EU’s total emissions in 2021. The agreement will gradually phase out free emission allowances given to companies to protect them from foreign competition, and instead phase in a carbon border adjustment mechanism (CBAM) between 2026 and 2034. It also incorporates shipping emissions into the ETS.

In addition, a new and separate emissions trading system will be introduced from 2027 for fuels used in the buildings and transport sectors, akin to a national scheme already in place in Germany. The price will be capped at 45 euros per tonne until 2030, while the pricing regime aims to regulate fuel suppliers rather than households. However, if fuel prices are as high in 2027 as they are today, the introduction of the new carbon market would be delayed to 2028.

The EU will also launch a fund worth over 86 billion euros to help consumers and small businesses cope with the CO2 costs and invest in energy-saving building renovations or electric vehicles - funded partly by revenues from the new EU CO2 market, and partly by national governments.

The deal to reform emissions trading and create the Social Climate Fund is the key element of the EU’s ‘Fit for 55' legislative package to put the bloc on track towards reaching its 2030 target of cutting emissions by 55 percent. It follows recent deals on the Emissions Trading System for aviation, on CO2 emissions standards for cars and vans, on the Effort Sharing Regulation, on Land, Land Use and Land Use Change and the Carbon Border Adjustment Mechanism.

Further reactions from German stakeholders to the deal:

“We create a strong, stable and high carbon price in Europe that makes the European coal phase-out by 2030 more likely and initiates the gas phase-out. [... However] that is not enough for the Paris climate agreement. This is not yet a man-on-the-moon moment. The work is beginning only now to make the climate transformation a success. If pollution allowances from the earlier coal phase-out are retired, we can raise the climate targets to at least 60 percent by 2030.”

Lukas Köhler, member of parliament from the FDP

The agreement is a “milestone for climate action in Europe,” Köhler said in on Twitter. “EU emissions trading is being extended to transport and buildings! What was demanded for years by the FDP and smiled at by many as utopian is now becoming reality.”

“The package is a breakthrough,” Edenhofer told public broadcaster Deutschlandfunk. “The fact that we now have a more stringent emissions trading system for industry and the electricity sector, a second one for buildings and transport, and also a social fund, are three very important building blocks for achieving the goals of Fit for 55.” Edenhofer criticised the 45-euro price cap in the new emissions trading system for buildings and transport as one downside of the deal. “That is far too weak.”

“The EU is achieving a major breakthrough in efficient climate policy,” said Rickels. “Unlike its American partner, the EU is relying on a market-based solution through emissions trading, which stands for avoiding emissions where it is cheapest.” Rickels said the EU should now consider how to integrate allowances for CO2 removals in the ETS, since prices in the system would fluctuate significantly as ETS allowances are being reduced with the reform over the coming years and market participants react.

“The agreement between the European Commission, the Council and the European Parliament strengthens European climate policy, but is not enough for the 1.5 degree target in the Paris Climate Agreement,” said Schöne. He welcomed that member states must use all revenues from emissions trading for climate action, the phase out of free allocations for industry, and the new ETS for buildings and transport. However, he criticised that free allowances will not be phased out until 2034, and that the Social Climate Fund is too small, “not least due to pressure from Germany. We would have expected more from the coalition government”.

Brossardt commented on plans for a carbon border adjustment mechanism: “If the instrument is introduced, it must be practicable. Trade conflicts must be prevented at all costs, as well as new bureaucratic burdens. In addition, it is essential to find solutions for dealing with multi-linked value chains. There must be no further price increases for processing companies in the EU and EU exports must remain competitive on the world market. The introduction of the CBAM is only acceptable if export companies, which no longer receive free allowances, are reimbursed their CO2 costs when exporting. The postponement of the decision on export rebates is disappointing.”