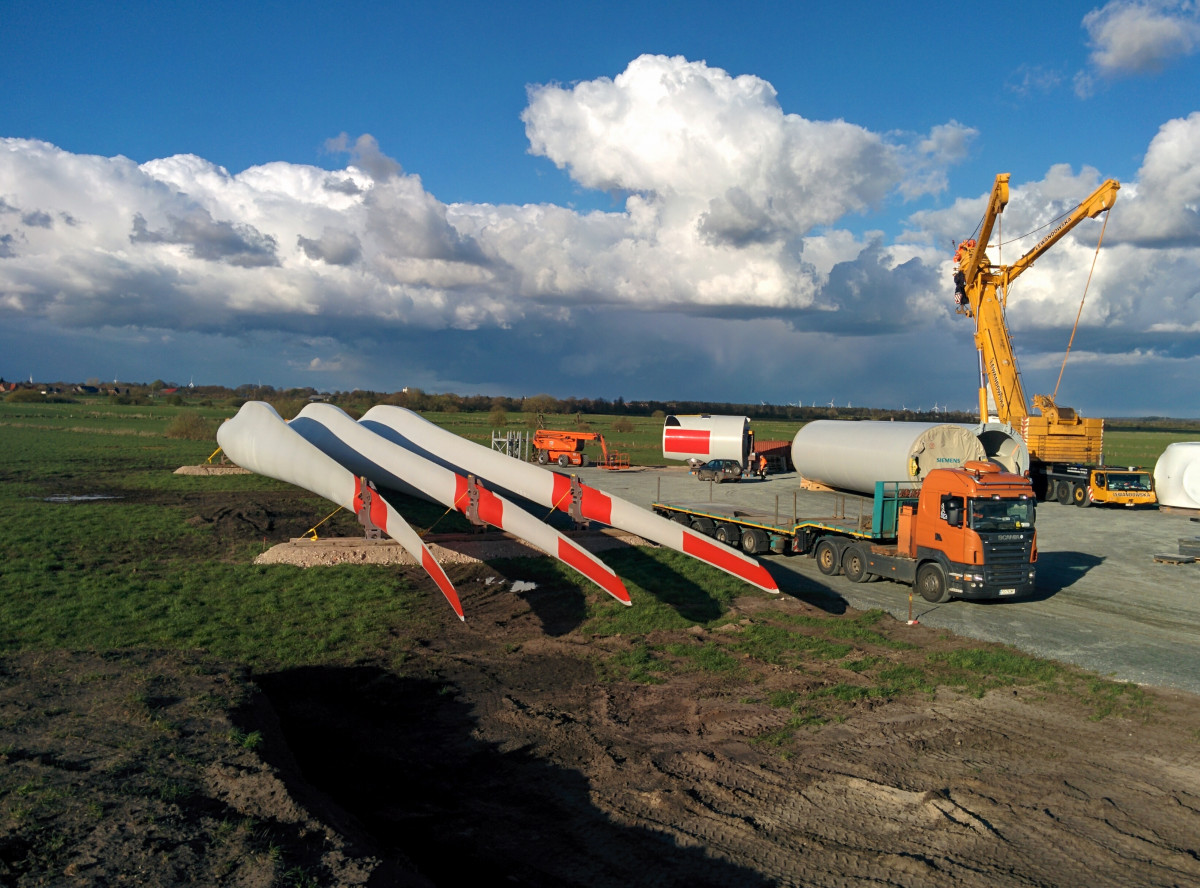 Germany must rapidly step up its national climate and energy targets to bring efforts in line with new EU-wide goals, said the independent expert commission in charge of monitoring the country’s energy transition. While details still have to be negotiated at EU level, current plans likely mean that Germany has to raise its 2030 greenhouse gas reduction target to 65 from 55 percent, said the government advisors. In 2020, Germany has likely reached many of its energy and climate objectives. But since this is partly due to the effects of the coronavirus pandemic, the advisors again gave mixed marks on the current status of the Energiewende. Economy minister Peter Altmaier said the latest monitoring report shows that "the Energiewende is far better than its reputation".

Germany must quickly update its national energy and climate ambitions to bring them in line with the EU Green Deal and the bloc’s new 2030 greenhouse gas reduction target, said the government’s key energy transition advisors in an analysis accompanying the latest Energiewende monitoring report.

“We estimate that a European 55 percent climate target means that we have to raise our national target towards 65 percent, and that the share of renewables will probably rather be 70 percent,” Andreas Löschel, head of the government-appointed expert commission tasked with Energiewende monitoring, told Clean Energy Wire, as the government published its latest monitoring report today (3 February). Germany currently aims to reduce greenhouse gas emissions by 55 percent and raise the share of renewables in power consumption to 65 percent by 2030.

“Renewables expansion will sharply accelerate, and we will likely have a faster coal exit due to higher CO₂ allowance prices. We may have largely phased it out by the end of the 2020s,” said Löschel. [Read the full interview here]

At a press conference, economy minister Peter Altmaier reiterated that the government is prepared to further increase the 2030 renewables target, should the implementation of the European Green Deal give cause for this. However, this must not lead to a higher renewables levy, he said.

The minister also tried to alleviate worries that the country's coal exit law – which guarantees a phase out by 2038 at the latest – would keep coal alive longer than necessary. “If the market manages to phase out coal faster, then the law will neither hinder nor delay that.”

Leaders of European Union member states in December agreed to increase the EU 2030 greenhouse gas reduction target to at least 55 percent, but the target has yet to be negotiated with the European Parliament, which demands even more ambition. Raising the target will require a set of actions across all sectors of the economy, and the European Commission plans to present proposals to reform all major energy and climate legislation by June 2021 – the “Fit for 55 package”. While it is not yet clear how much of the policy will be EU-wide measures and instruments, it is already known that member states will have to increase their climate action efforts.

Negotiations about the measures and instruments needed to reach a new EU target will only begin in earnest once the European Commission presents its proposals by June 2021. However, the monitoring commission used the institution’s impact assessment to draw first conclusions on the consequences for Germany.

In their expert opinion on the government’s 8th energy transition monitoring report, the advisors said that they estimate Germany will have to reduce overall greenhouse gas emissions to 440 million tonnes CO₂ equivalent by 2030 – a 65 percent reduction over 1990 levels. “This target is achievable, although it means reducing emissions by an additional 100 million tonnes of CO₂ compared to the current target,” said the experts, and added that a coal exit by 2030 would largely take care of this.

Counting renewables investments in other EU states towards national targets

Löschel criticised the government’s assumption that power demand will remain largely stable until 2030. Efficiency gains will be more than offset by strong demand growth from e-mobility, sector coupling in the heating market, the industry sector, and the market ramp-up of green hydrogen, meaning an increase in demand of about 10 percent, he said. Thus, the recent renewables law (EEG) reform was not enough and would have to be adapted. Economy minister Altmaier has said before that Germany could achieve complete decarbonisation of its power sector already by 2040, and that the country might have to greatly increase the speed of renewables expansion to reach the new EU climate and energy targets.

However, due to land restrictions, acceptance issues and years-long planning procedures, the energy transition experts consider it challenging for Germany alone to ramp up renewables sufficiently.

To reach a higher target, this means a doubling of today’s renewables capacity. Whether this will actually succeed is far from decided.

“To reach a higher target, this means a doubling of today’s renewables capacity,” Löschel told Clean Energy Wire. “Whether this will actually succeed is far from decided.”

The commission proposes to explore the possibility of transnational projects at the European level. “More options need to be created that enable regions with particularly favourable conditions and comparatively few reservations about wind energy and large-scale PV systems to benefit from a much greater expansion of renewable electricity generation.” The governments should explore how to count renewables investments in other European countries towards national targets, without this leading to less ambition at home.

“I threw this topic into the debate early on, but not to reach our 65-percent target,” economy minister Altmaier told Clean Energy Wire. He added that this could be reached by expanding renewables within Germany. The minister sees cross-border cooperation as key to eventually reaching a fully climate-neutral electricity supply.

The report and the experts’ analysis examine data for the years 2018-2019 but take into account developments from 2020 – a year shaped by the pandemic. About once a year, the experts are commissioned by the federal government to publish an in-depth analysis on energy and climate policy alongside the economy ministry’s Energiewende Monitoring Report, evaluating the energy transition’s progress and giving recommendations for future policy decisions. In an interim analysis in June 2020, the experts already said that the European Green Deal requires Germany to do more to fight climate change.

The expert commission says that the German industry sector can reach its 2030 target if businesses manage to make the necessary investments to convert to low-emission or CO₂-free processes. In manufacturing, rising carbon prices for fuels will drive the necessary change, they project.

In buildings, however, the target is seen as very ambitious and only attainable if the government adapts the planned measures in the sector, triggering a higher energy-efficient modernisation rate and quality. In addition, the experts call for more renewable district heating supply.

Final energy use and emissions in the transport sector have remained almost unchanged over the years due to more passenger and freight traffic, as well as ever bigger and heavier vehicles. “For the transport sector, the already significant challenges would grow further with a tightening of EU targets,” says the analysis. Technology-driven measures, such as more e-cars, are not enough and the government should also focus on changing behaviour, better address traffic avoidance and shift it to other modes of transport.

The monitoring commission also renews its call for a carbon price-based reform of energy prices as the key instrument of effective climate action. It says that the expected tightening of targets in the EU Emissions Trading System (ETS) could mean the CO₂ price goes up to 50 euros, and other sectors should be integrated as well.

The experts also warn that while Germany’ supply security has been very high in the past in international comparison, due to the remaining conventional capacities the situation will change with the nuclear and coal exit. They call for a forward-looking assessment of supply security over the coming years instead of just evaluating past power outages.

Mixed review of the current status of the Energiewende

Germany likely achieved key energy and climate targets in 2020, such as its greenhouse gas reduction target, prompting Altmaier to say: “Looking back at the past 20 years since the start of the Renewable Energy Act [EEG] one has to admit that the Energiewende is far better than its reputation.”

However, the expert commission sees uncertainties with regard to energy prices, security of supply and acceptance. “These uncertainties will greatly increase in the future with the commitment to climate neutrality. Faster defossilisation is likely to be accompanied not only by higher burdens, but also by new challenges for supply security and the acceptance of the energy transition,” says the opinion.

Löschel adds that, overall, the speed of the German energy transition in recent years is not sufficient for the next ten years for the country to reach the 2030 targets, especially in energy efficiency, but also in transport and renewables. “Those are issues we’ve long talked about and while there have been improvements, ambition has increased faster.”