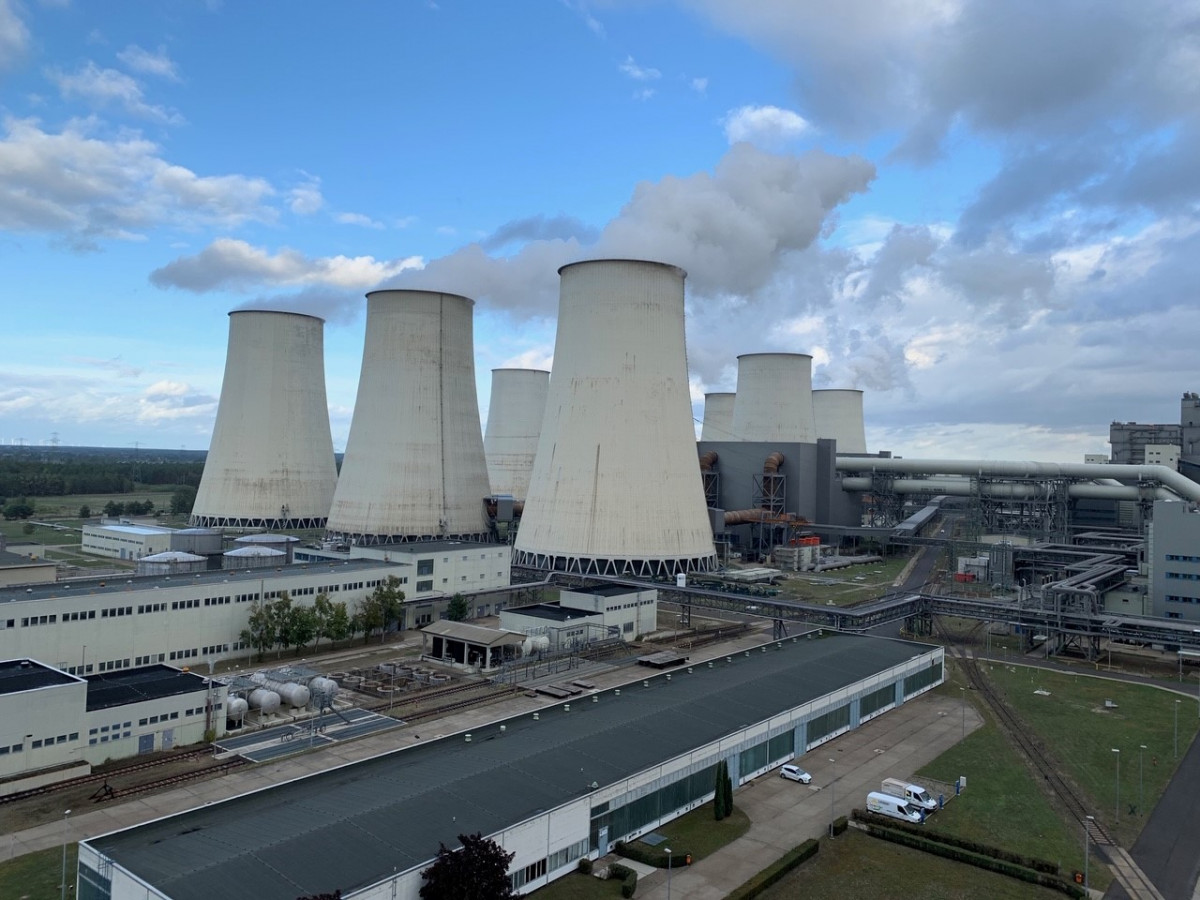 The independent expert commission in charge of monitoring Germany's energy transition says the European Green Deal requires the country to do more to fight climate change. The government advisors say a quicker-than-planned coal exit is necessary, which should be driven by markets rather than regulations. In an analytical report on key aspects of the energy transition in the European context, the commission also renewed its call for a comprehensive reform of German energy taxes and levies. Further steps such as lowering the renewables surcharge on power prices are key for the energy transition's success, and have become even more urgent because of the coronavirus, they argue.

The European Union’s proposed green growth strategy Green Deal means that member states including Germany must step up their ambition in energy and climate policy, said an analytical report by the independent expert commission on Energiewende monitoring. The government advisors recommended that Germany introduces a comprehensive reform of energy taxes and levies, accelerates the coal exit and rapidly ramps up renewables.

In their report, the four-person body wrote: “The coal phase-out planned in Germany must be improved based on the decisions on the European Green Deal.” The exit from the fossil fuel “has to happen significantly quicker and be largely driven by market-based CO₂-price signals”, and – if possible – without compensation payments for operators.

Germany has officially set in motion its gradual withdrawal from coal, and the coal exit commission recommended shutting the last coal-fired power plant by 2038 at the latest. The government has moulded the proposal into legislative drafts, including shut-down schedules for lignite and hard coal plants, which are currently debated in the national parliament.

The experts criticised this phase-out plan. “It should have been expected that, without the legally regulated exit path, many German coal-fired power plants would have exited the market earlier, in particular due to the price development in the European Emissions Trading System and the relatively sharp drop in gas prices,” they said, adding that the Green Deal could lead to even higher emissions allowance prices. The experts also added that due to the compensation payments there is a risk that plants are kept online longer than they would without a regulated exit path, echoing criticism by German researchers and NGOs. 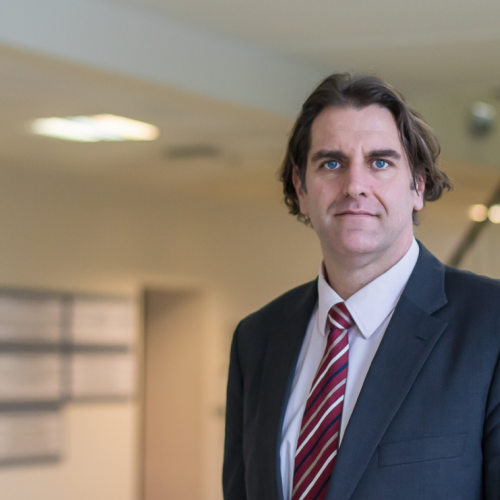 We may impede the coal exit by stipulating an exit path.

Energy think tank E3G said the German coal exit proposal has been “overtaken by reality”. In a short analysis, Rebekka Popp and Alexander Reitzenstein wrote that without improvements, the current coal exit law “could keep coal alive at high costs.” The economic situation of coal, legal uncertainties surrounding compensation payments, the planned increase of the EU’s 2030 climate target and increased pressure from financial markets and the public are among the reasons that make an earlier coal exit probable, they wrote. They propose more flexibility of the phase-out path, transparent and flexible agreements with operators, the earlier introduction of recovery-relevant pieces of the support package for coal regions and closer cooperation with international partners.

However, commission head Löschel told Clean Energy Wire he is “not too optimistic” that major changes in regards to the coal exit are still possible in the parliamentary process. “but it continues to be an important topic we have to address. We see that we may impede the coal exit by stipulating an exit path,” he said.

The experts also say renewables expansion urgently needs to be accelerated in all EU member states as the Green Deal proposals will lead to a much higher demand for green electricity, such as for the decarbonising of industry processes. The monitoring commission proposes EU-wide solutions, such as joint auctions for renewables support, or an offshore wind strategy in the context of the German EU Council presidency in the second half of 2020. A draft programme for the presidency, seen by Clean Energy Wire, does in fact name offshore wind as a priority for a framework for joint renewables projects.

About once a year, the experts are commissioned by the federal government to publish an in-depth analytical report on energy and climate policy alongside the economy ministry’s Energiewende Monitoring Report, evaluating the energy transition’s progress and giving recommendations for future policy decisions. The next one is scheduled for December 2020.

With today’s report and its set of recommendations, the experts aim to inform the political discussions about the future course of the energy transition and the sustainable economic recovery from the coronavirus pandemic, taking into account the European dimension.

Crisis management should have priority during the pandemic, they said. “Nonetheless, some [of the measures] can be implemented without big hurdles and are all the more urgent at times of coronavirus,” they added, giving examples such as the energy price reform and measures to make industry climate-neutral.

The German government had initiated certain changes on energy pricing and the renewables levy cap from the stimulus programme is a step in the right direction, “but we call for a systematic and comprehensive reform,” said Löschel. The electricity tax should be decreased to the European minimum and levies on electricity, such as the renewables (EEG surcharge) and combined heat and power (CHP) levies, should be abolished “as fast as possible”, financed by a CO₂ price on fossil fuels and the general German budget.

The federal government recently decided to use the revenues from the CO₂ price in transport and buildings to cap the renewables levy, but the experts say this is not enough. To finance further reduction they even propose an additional CO₂ levy in the sectors already covered by the EU emissions trading system (ETS) which could bring the price up to about 50 euros per tonne of CO₂ (€/t CO₂). The ETS allowance price has been 20-25 €/t CO₂ over the past couple of months.

While the experts do not demand a certain carbon price, “50 euros per tonne of CO₂ continues to be an appropriate price level,” said Löschel. He added that low oil, gas and wholesale power prices currently created a window of opportunity to steer future investments in the right direction.

A successful ambitious German climate policy needs to be embedded in a European framework, the government advisors said. They call for “re-sharpening” the carbon pricing in the ETS, reforming the energy tax directive, and in turn introducing some form of carbon border adjustment to safeguard competitiveness of the European industry.

On a global level, the EU should try and get so-called ‘climate clubs’ – coalitions of willing countries – to introduce a largely uniform CO₂ price to balance out different levels of ambition in international climate action. If that’s not possible, a carbon border adjustment would be an “obvious” instrument.

The European Union economy has to become more resilient through diversification and by strengthening European markets, said the experts. They call for prioritising the build-up of climate-neutral value chains, especially for green hydrogen and other synthetic fuels, as they play a key role for energy transition in industry and some transport areas. The experts call for reliable and diversified energy partnerships with countries that Germany could import such fuels from in future.

The CO₂ price is not high enough to support the market introduction of climate-friendly industry processes, so the German advisors propose additional measures, such as carbon contracts for difference.

Introduce clear certification for the climate footprint of products

Clear and uniform standards to certify the climate footprint of products (the greenhouse gas emissions generated along their entire value chain) are necessary for effective international climate action, said the experts. They are an essential pre-condition for border tax adjustments on imports. Such certification could be used to identify sustainable finance products or imported goods and commodities such as natural gas.

However, the expert commission also said that “the determination and attribution of emissions in the value-added process is anything but simple” and that final consumers would need an easy-to-understand label.