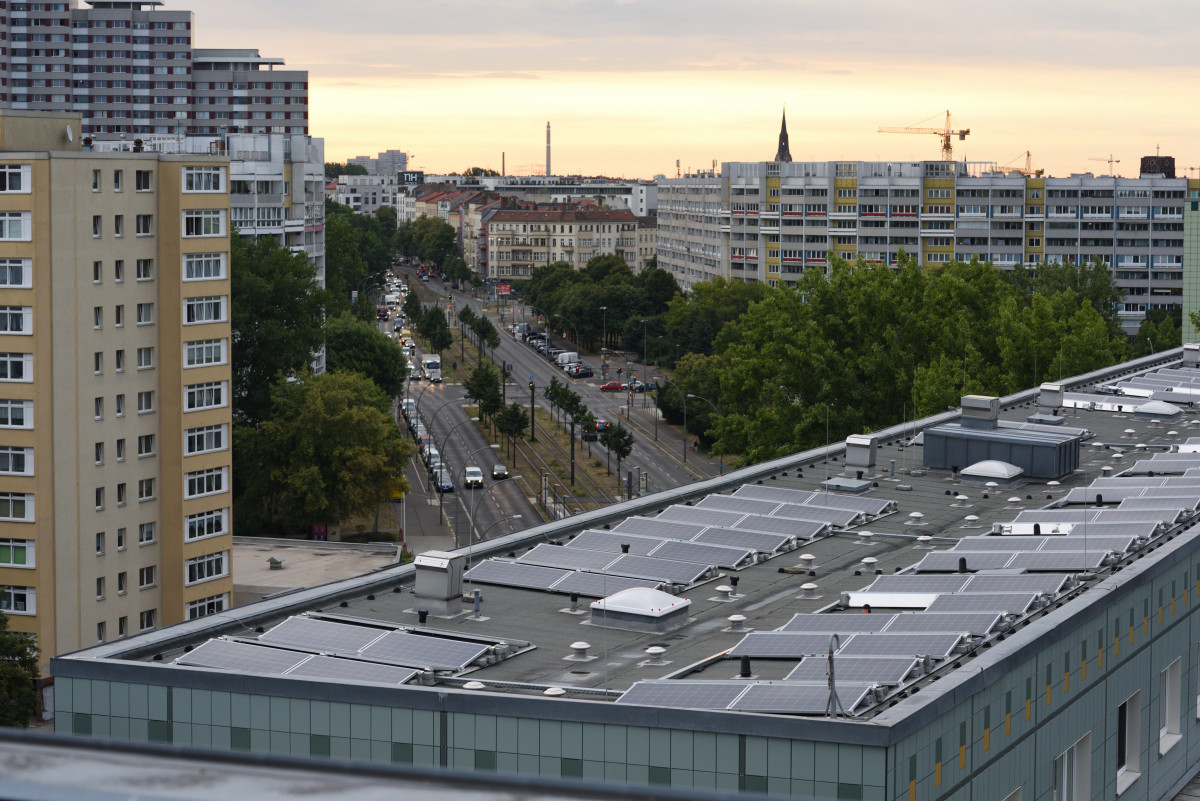 The German government coalition has decided to reboot Europe's largest economy with a 130 billion euros stimulus package that contains steps to further the country's landmark energy transition. Aside from comprehensive actions such as reducing the value-added tax to boost domestic demand, the programme agreed by Chancellor Angela Merkel's conservatives (CDU/CSU) and the Social Democrats (SPD) will lower levies on power prices for households and small businesses, provide additional funding for public transport, and establish a 50 billion euro “future package” for investments in fields such as future mobility and hydrogen technologies. The coalition resisted industry calls for a buyers' premium for all types of cars, and instead opted to double subsidies for electric cars. Economists and researchers welcomed the focus on climate-friendly technologies but, like NGOs, criticised that the government missed the opportunity to fully align the programme with climate targets.

Germany’s government coalition has agreed on a two-year 130 billion euros coronavirus economic recovery programme which contains a number of measures to boost the country’s energy transition. Chancellor Angela Merkel’s conservative CDU/CSU alliance and the Social Democrats (SPD) decided comprehensive actions such as reducing the value-added tax to boost domestic demand, but also said it would cap the renewables levy to keep power prices in check and introduce an investment package for future technologies in fields such as mobility and hydrogen. Some of the measures can be implemented directly by the government, but many entail legislative acts that must now be discussed by parliament, where the coalition has the majority.

As society currently faced “profound upheaval” shaped by climate change and digitalisation, “we couldn’t just introduce a traditional stimulus package,” Merkel said at a press conference following 2-day talks. “It also had to be done with an eye to the future, so that is what we especially emphasised.”

Karen Pittel, head of climate, energy and resources at the ifo Institute, welcomed that the government explicitly included climate-friendly future technologies and infrastructures in the package. However, the coalition “failed to establish compatibility with the German and European climate targets as a cross-cutting theme of the economic stimulus package,” Pittel told Clean Energy Wire. She added that even though the European Green Deal requires Germany to step up its climate efforts, the economic stimulus package makes only limited use of the opportunity to make the recovery compatible with it.

While Greenpeace climate expert Tobias Austrup called the stimulus programme "pale green at best" in a first reaction, energy and climate think tank E3G researcher Felix Heilmann said it was “encouraging to see how prominently climate action measures feature in the package.” He told Clean Energy Wire it “opens the door” for a resilient and sustainable recovery – setting an important precedent for the German EU Presidency – but cautioned that the opportunities now had to be fully used.

Governments around the world are drawing up emergency plans to cushion the economic effects of the coronavirus crisis. Germany's government expects it to cause the worst economic recession in the country's post-war era, with the gross national product (GDP) dropping by more than 6 percent this year. In its response to the pandemic, the government already greenlighted an initial rescue package in March. Beyond this immediate relief to save jobs and business from going under during the nationwide lockdown, a second instalment now focuses on more long-term aims and highlights key areas for promoting innovation and more sustainable practices.

The government coalition decided a coronavirus recovery programme made up of three pillars: a stimulus and crisis management package, a future package, and a section on international responsibility. CLEW highlights the measures directly linked to energy transition and climate policy and some of the other significant elements:

A wide range of policy makers, industry actors and environmental groups had weighed in in the run-up to the stimulus programme's release and called for basing it on the principles of the Paris Climate Agreement to avoid that emission's reduction is compromised by the economic recovery and ensure that funds are spent in a way that is beneficial over the longer term.  Already before the stimulus package's official presentation late on Wednesday, chancellor Merkel said its success will be determined by "giving both innovation and sustainability a boost."

The German package comes only days after a proposal by the European Commission to put in place a 750 billion euros-fund to help the bloc recover from the coronavirus crisis that would come with strings attached regarding sustainability principles and use the EU Green Deal as a framework for lending and investment decisions.

Even though Germany's renewable power production has reached unprecedented shares in the country's energy mix in recent months, worries about the smooth and timely expansion of the country's wind and solar power capacity have kept climate activists as well as industry actors on their toes. But boosting renewable power production is also linked to questions over how to finance the continued roll-out without further burdening households and businesses that already pay some of the highest power prices in Europe.

To relief Germans, the coalition now decided to invest 11 billion euros to cap the renewables levy (EEG-surcharge) – which consumers pay with their power bills to finance the expansion – at 6.5 cents per kilowatt hour (ct/kWh) in 2021 and 6 ct/kWh in 2022. It is currently 6.756 ct/kWh, but the impact  of the coronavirus pandemic on the power market threatened to increase the levy next year.

With the decision, the government deviates from the current practice that the grid operators determine the surcharge once a year, based on projections for renewables generation and power consumption. Simone Peter, president of the German Renewable Energy Federation (BEE), said that the levy has always been subject to “massive political influences”, reiterating a call for a more sweeping reform of the electricity market to make it more compatible with a future based on fluctuating renewable power sources.

Already ahead of the stimulus package's release, economy minister Peter Altmaier signalled that the renewables surcharge that customers pay with their power bill could be cut and replaced by funds coming straight from the state budget. The price reduction will supplement an already planned rebate to be financed with revenues from the country's national emissions pricing scheme for the transport and heating sector from next year. This alone, the government now said, would have been insufficient to significantly lower the levy.

“The measures to lower the electricity price for consumers can at best be a first step,” said Patrick Graichen, head of think tank Agora Energiewende.* “What we actually need is a comprehensive reform that will make electricity cheaper from 2022 on and, via the CO₂ price, fossil fuels more expensive.”

Industry representatives like the pro-climate-action business alliance Stiftung 2° had called for using the recovery momentum for bolstering low carbon "breakthrough" technologies, such as hydrogen. With its “future package” for investments in digitalisation and climate technologies the government does just that and aims to invest 7 billion euros over the coming two years.

By 2030, industrial hydrogen generation facilities with a capacity of 5 gigawatt (GW) are to be put in place, including the necessary onshore and offshore renewable energy supply. This is to be raised by another 5GW by 2035 or 2040 at the latest. An additional 2 billion euros will be invested in setting up large-scale hydrogen production plants “Made in Germany” in partner countries, also to cover Germany’s import needs.

"The Grand Coalition's decision to build up green hydrogen production points in the right direction," said Sascha Müller-Kraenner, director of NGO Environmental Action Germany (DUH). "Although the roll-out of a larger electrolysis capacity of 10 gigawatts by 2030 would be desirable, this decision [to build up 5 GW by that date] finally puts an end to months of delays to the urgently overdue National Hydrogen Strategy as a central component of the energy transition.”

In the fight against climate change, hydrogen made with renewable electricity is increasingly seen as a silver bullet for sectors with particularly stubborn emissions, such as heavy industry and aviation. Germany has set out to become a global leader in "tomorrow's oil" by beating Asian countries. The long-delayed National Hydrogen Strategy is now part of the coronavirus stimulus package and will be published “shortly”.

While the auto industry is one of the most influential pillars in the German economy, the country's poor record on emissions reduction in the transport sector over the past 30 years has repeatedly been singled out as a major obstacle to improving its overall climate policy credentials. A sweeping purchase premium for new cars that would also include vehicles with modern combustion engines therefore was among the most contentious aspects of the stimulus programme.

The coalition resisted car state and industry calls for a buyers' premium for all types of cars, and instead opted to double state subsidies for electric and hybrid cars, now named “innovation premium”. That prompted Greenpeace’s Austrup to call the combustion engine the "big loser" of the agreement.

Markus Söder, state premier of Bavaria, which is home to carmakers BMW, Audi and many suppliers, said the reduced VAT could also be seen as a measure to incentivise automobile purchases. “For this reason, [the package] is also a reasonable development for the automotive sector as a whole,” he said.

In addition, the government announced a 2 billion euro “bonus programme” for investments in new technologies by carmakers and suppliers, and an extra 2.5 billion euros to expand e-car charging infrastructure. The government already announced a quick expansion of charging infrastructure throughout the whole country in its Climate Action Programme last year in order to prepare for a roll-out of ten million cars on German roads by 2030.

Beyond supporting the breakthrough of electric vehicles, other means of transportation will also require additional funding to put the country's transition in the mobility sector on a strong footing. Public transport systems have been hit particularly hard by the coronavirus lockdown, with people largely shunning trains and busses in favour of less crowded alternatives or staying at home altogether.

The coalition now said it would support states in 2020 with 2.5 billion euros to finance public transport.

*Like Agora Energiewende, the Clean Energy Wire is funded by the Stiftung Mercator and the European Climate Foundation.