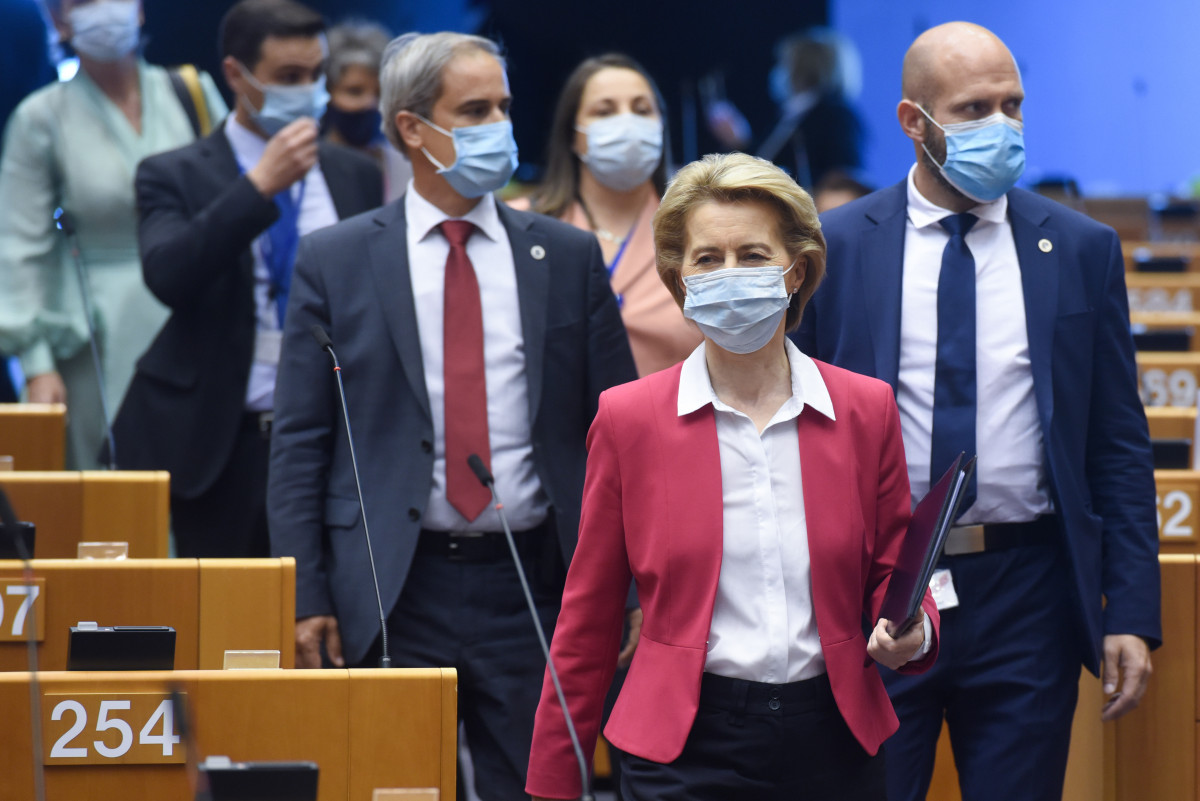 German industry and energy sector associations have welcomed the coronavirus recovery proposal presented by the European Commission. Lobby group BDI said the funds should focus on sustainability not only in regard to climate and environment, but consider economic and social aspects. Chancellor Angela Merkel cautioned that the Commission’s plan was so far only a proposal and that difficult negotiations would follow. Environmental NGOs welcomed the proposal, but warned that the EU needed to introduce a mechanism to ensure the funds would be used in a sustainable manner.

German industry association BDI welcomed European Commission President Ursula von der Leyen’s proposal for a coronavirus recovery package as a "strong signal from Brussels" which showed the EU had understood the crisis's dimension and the need for a determined response. Raising 750 billion euros for the recovery fund would be an "appropriate" reaction to the economic damage caused by the pandemic, the BDI said, stressing that the money should be made available quickly to achieve the greatest benefit. "However, it is necessary to make sure that these funds are only used purposefully," the association stressed.

It added that the support should be sustainable in a comprehensive understanding of the word – economically, ecologically and socially. "Too tight a focus on climate and environment is not enough to foster growth across the board." The BDI rejects the idea to impose higher taxes or surcharges on carbon emissions or plastics at the EU level, arguing that this would "undermine Europe's economic recovery".

In an initial reaction, Chancellor Angela Merkel said she needed more time to look at the proposal, which would now have to be discussed. She said there were now “difficult negotiations” ahead and the goal had to be to give national lawmakers and the European Parliament enough time to debate a final proposal which could then enter into force on 1 January 2021. All this would coincide with the German EU Council presidency in the second half of this year.

Von der Leyen has proposed a 750 billion euros fund to help the bloc recover from the coronavirus crisis. The plan will have green strings attached, with 25 percent of all funding set aside for climate action. “The recovery plan turns the immense challenge we face into an opportunity, not only by supporting the recovery but also by investing in our future: the European Green Deal and digitalisation,” von der Leyen said.

Energy industry association BDEW welcomed the EU announcement, saying the recovery plan could become a pivot in making the economy more resilient while reducing CO2 emissions "in a sustainable manner across Europe". Putting the Green Deal centre stage in the recovery strategy would be a prerequisite for achieving this, the lobby group argued. Support for measures for renewable energy expansion and grid modernisation that transcend boundaries would be a "consistent and targeted" approach and should be backed by parallel investments in digitalisation for a more flexible energy system and the breakthrough of electric mobility, the BDEW said. Establishing a European hydrogen production infrastructure would be "predestined" to become a recovery project with lasting benefits for the EU as a whole, it added.

Brigitte Knopf, secretary general of the Mercator Research Institute on Global Commons and Climate Change (MCC), told Tagesspiegel Background that the package contained “the interesting element” of using pricing in climate policy as a revenue source for the European Union. “This approach could facilitate the climate and economically sensible introduction of a minimum price in the EU Emissions Trading System [ETS] if the EU also has a fiscal interest in this.”

Environmental NGO WWF Germany said that while the commission's plan provided some much-needed hope for addressing the crisis, the plan still lacked evidence of how sustainability principles could definitely be applied. "The EU Commission must make sure that the package does not support projects or sectors that harm the Green Deal," said WWF's Christoph Heinrich, adding that the proposal did not spell out tools for implementing sustainability criteria. "The lack of a 'do-no-harm'-principle in the proposal leaves the door wide open for environmentally damaging practices.

Environmental Action Germany (DUH) welcomed the climate-friendly alignment of the plan, but said the proposed fund needed to be increased. While the group praised the focus on energy-efficient modernisation of buildings and support for renewables and a hydrogen infrastructure, DUH managing director Sascha Müller-Kraenner warned that the funds should be invested more sustainably than after the global financial crisis. “Not a cent from the fund must be invested in fossil infrastructure,” he said.