The chemical industry is one of the hardest-to-abate industrial sectors. Image BASF
Dossier
17 Jun 2020, 11:28
Sören Amelang

Hydrogen Industry Business & Jobs Cost & Prices
In its pursuit of climate-neutrality by mid-century, Germany has set its sights on extending the energy transition to its famed heavy industry. Sectors such as steel, cement and chemicals are some of the Energiewende's toughest nuts to crack, because deep emission reductions can't be achieved simply by replacing fossil fuels with renewable power. Instead, entirely new production methods are required. Following a long period of strong resistance, the affected companies - such as chemicals giant BASF, steelmaker thyssenkrupp and HeidelbergCement - have now fully woken up to the challenge. They have tabled their own plans on how to slash CO2 output in earnest, but insist that substantial financial support will have to trigger the necessary investments worth many billions of euros. In a burst of activity, the government is drawing up plans on how Germany can lead the world in the necessary low-emission technologies, and turn them into export successes. (UPDATE - Adds article "German hydrogen strategy aims for global leadership in energy transition" and factsheet "Germany's National Hydrogen Strategy")
More facts & background

For the most up-to-date coverage, check out our latest news on hydrogen, industry, steel, chemicals, or other topics using our website's search function. 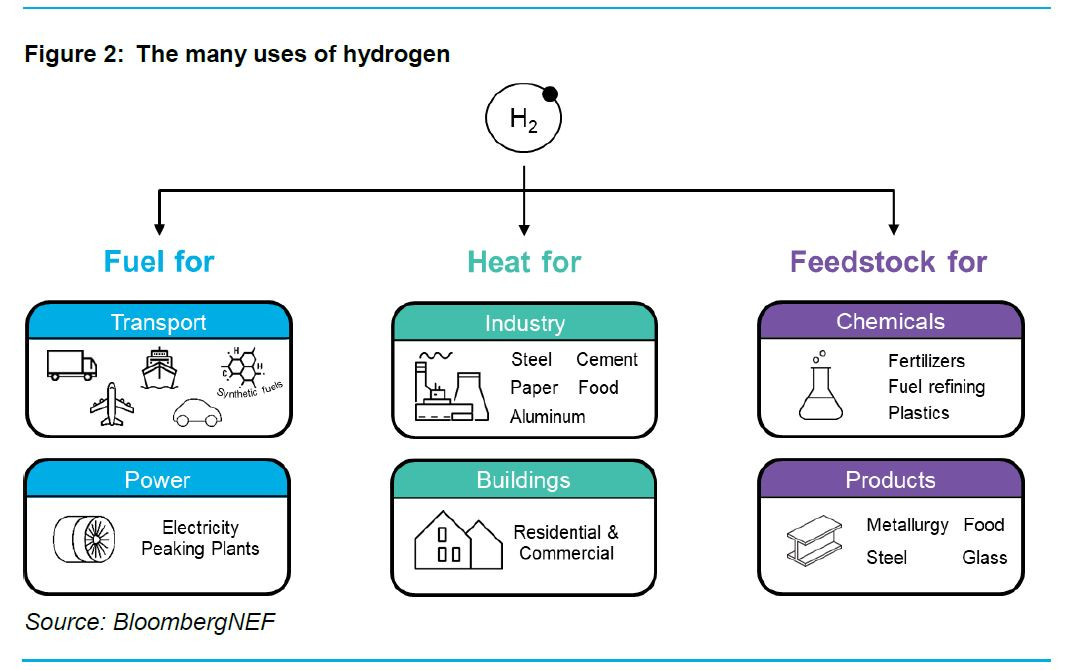 Germany places a large bet on hydrogen produced using renewable energy in its highly anticipated national hydrogen strategy that serves to underpin the country's ambitions to become a global leader in the technology. The strategy puts a clear focus on this "green" variety at the expense of support for using controversial carbon capture and storage (CCS) to produce hydrogen from natural gas. While environmental activists mostly welcomed this approach, industry was critical. But many experts still agreed the strategy opened a new chapter in Germany's energy transition. Read the report here. 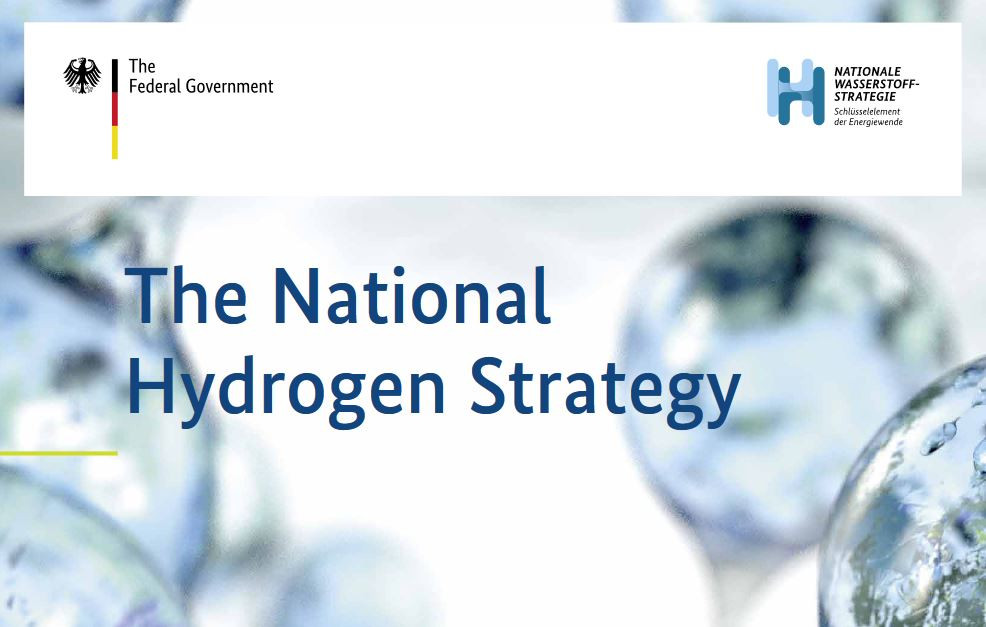 In the fight against climate change, hydrogen made with renewable electricity is increasingly seen as a silver bullet for sectors with particularly stubborn emissions, such as heavy industry and aviation. Germany has set out to become a global leader in the associated hydrogen technologies, and the governmnet has penned a National Hydrogen Strategy to fulfil these ambitions. This factsheet summarises the strategy, which was approved by government on Wednesday 10 June. Read it here.

In the fight against climate change, hydrogen made with renewable electricity is increasingly seen as a silver bullet for sectors with particularly stubborn emissions, such as heavy industry and aviation. As a result, the emission-free gas has become a big energy-policy talking point in a growing number of countries. As one of the key drivers behind a pan-European effort, Germany has set out to become a global leader in "tomorrow's oil" by beating Asian countries – not only to launch the next stages of its landmark energy transition, but also to secure a promising growth market for its internationally reputed industry. The country will flesh out its ambitions in a highly anticipated National Hydrogen Strategy expected in the coming weeks, which might become part of a "green stimulus" programme to restart the economy after the coronavirus crisis. Central questions remain unanswered: How much green hydrogen should Germany aim to produce? Should it support hydrogen produced with controversial carbon capture and storage (CCS) for a transitional period? Read the article here. 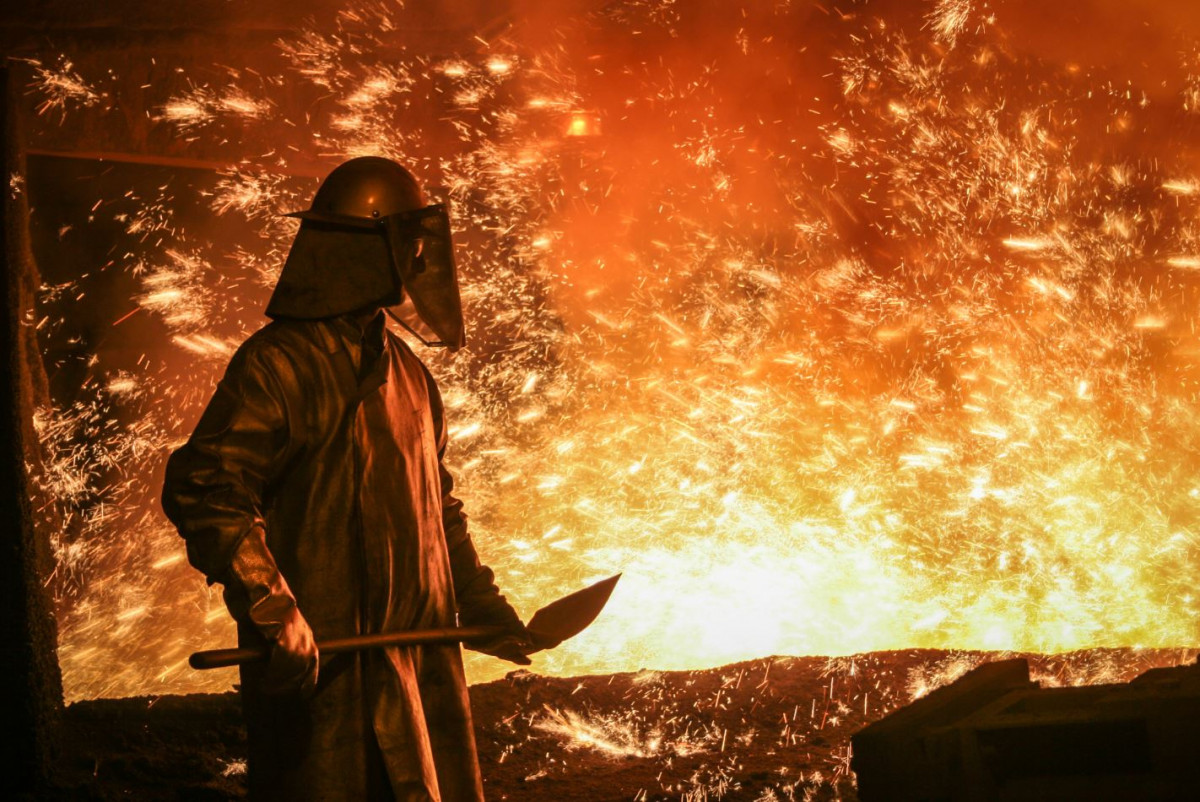 Pressure is rising fast on industry to join the great decarbonisation race. Many energy-intensive German companies, like chemical giant BASF or steelmaker thyssenkrupp, already have detailed plans for drastic emission cuts, but lack viable business models to implement them. National and EU policymakers urgently need to fire the starting gun for low-carbon investments worth many billions of euros with new legislation – otherwise, their new ambitious climate plans risk becoming obsolete quickly. Germany's coal exit, the European Green Deal, and a highly anticipated hydrogen strategy could provide the necessary push in 2020. But many companies enter the climate-critical year preoccupied with managing trade conflicts, digitalisation, structural changes and a slowing economy. Read the preview here. 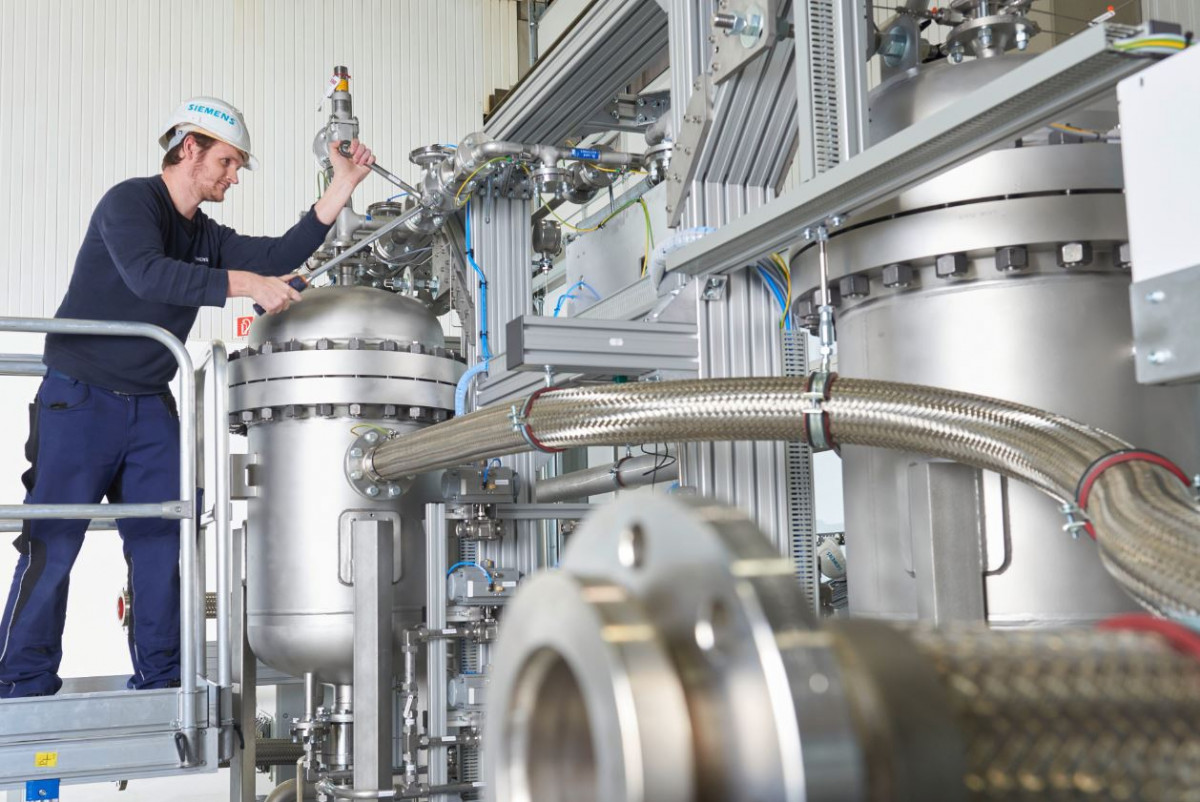 After balking at the Energiewende for many years, German industry has made a notable shift - embracing the energy transition with a new fervour. To be sure, efforts to curb climate change through a far-reaching shift to clean energy will produce winners and losers in the world’s fourth-largest economy, both in industry and regions. But business increasingly sees money to be made from a low-carbon future, alongside benefits for the economy as a whole. With the economy chugging along, many say now is the time to ensure Germany stays a global economic powerhouse – not by shunning the Energiewende, but by harnessing its innovative momentum. Read the analysis here. 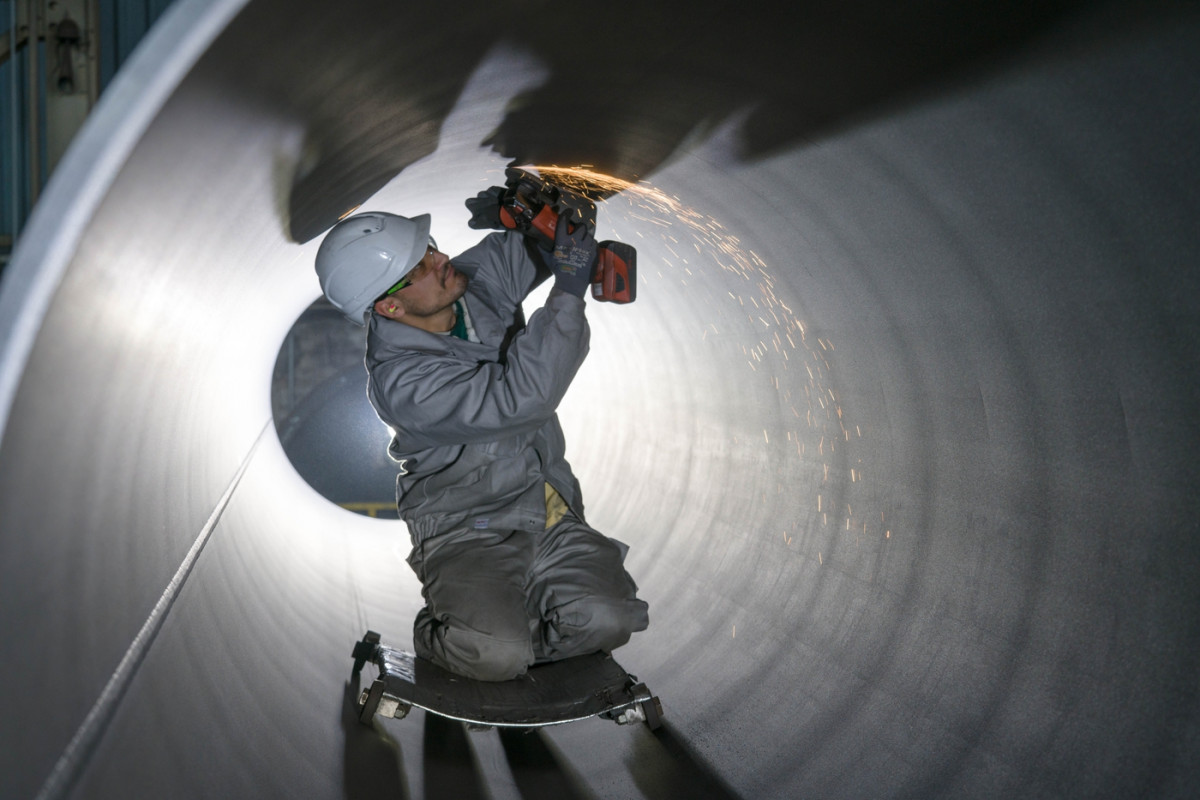 Does the energy transition seal the fate of natural gas in Germany? Europe's biggest economy will have to virtually phase out all fossil fuels to fully decarbonise by 2050. But the industry says flexible gas-fired electricity generation is the perfect partner for fluctuating renewables. With campaigns like "Greener than you think", it presents gas as a clean alternative to oil and coal, even though it causes more than a fifth of German emissions. Gas could indeed help to reduce emissions in heating, power production, industry and transport. But critics warn that betting on gas for short-term CO2 cuts will perpetuate its use, and make it harder and more expensive to reach carbon-neutrality further down the road. In the longer term, experts are looking to power-to-gas technology, which uses renewable electricity to make synthetic gas that can be stored on a large scale and used on days with little wind or sun. Read the analysis here. 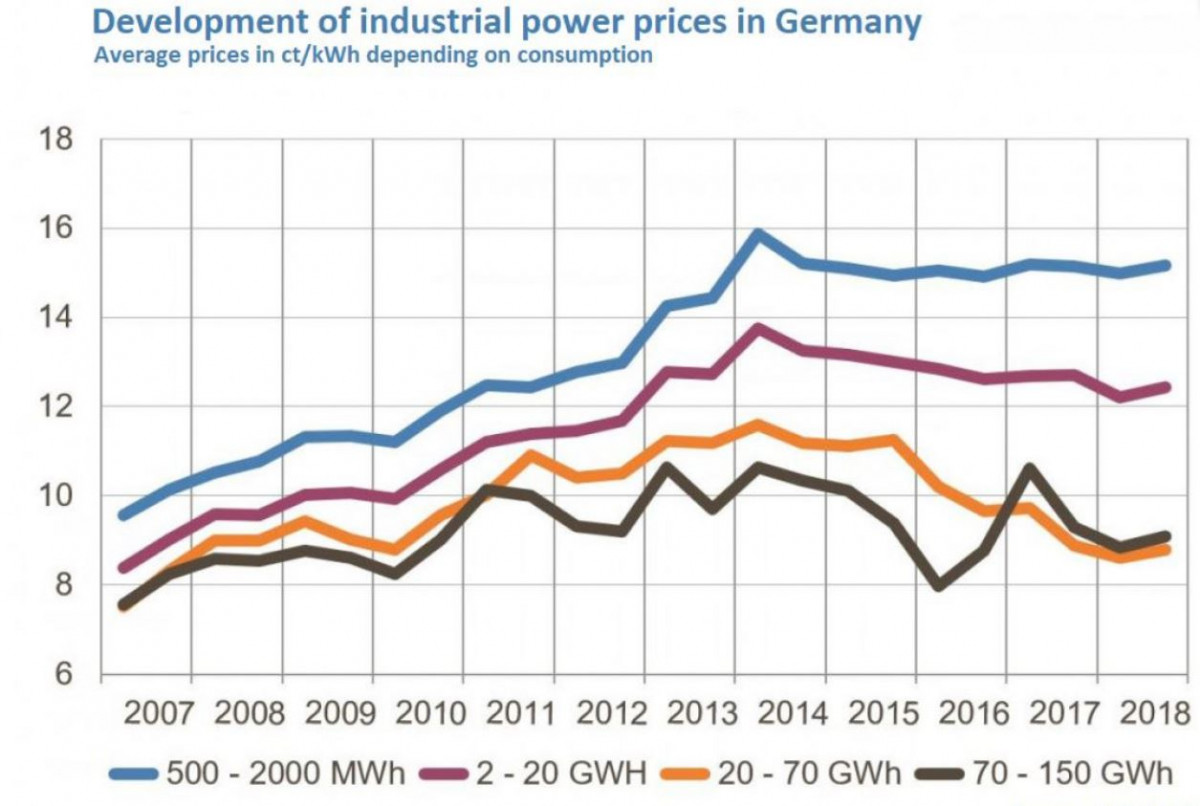 The power prices paid by industry are one of the most contentious aspects of Germany's energy transition and its economic impacts. Business lobby groups routinely call the price of electricity a central threat to industry competitiveness. But sweeping claims in this debate hide the fact that there is no single power price for industrial consumers, but instead an exceptionally broad range of prices. Due to a complex system of taxes and levies, they depend on how much power companies need, when they need it, how they source it, whether they compete with rivals abroad, and many other factors. Because wholesale prices have fallen in the course of the Energiewende while taxes and levies have increased substantially, the price of power for industrial consumers in Germany can be both extremely high and extremely low. As German industry plans to use massive amounts of renewable electricity to reach climate targets, the power price is set to become even more important in the years to come. Read the factsheet here.

Factsheet: Quest for climate neutrality puts CCS back on the table in Germany 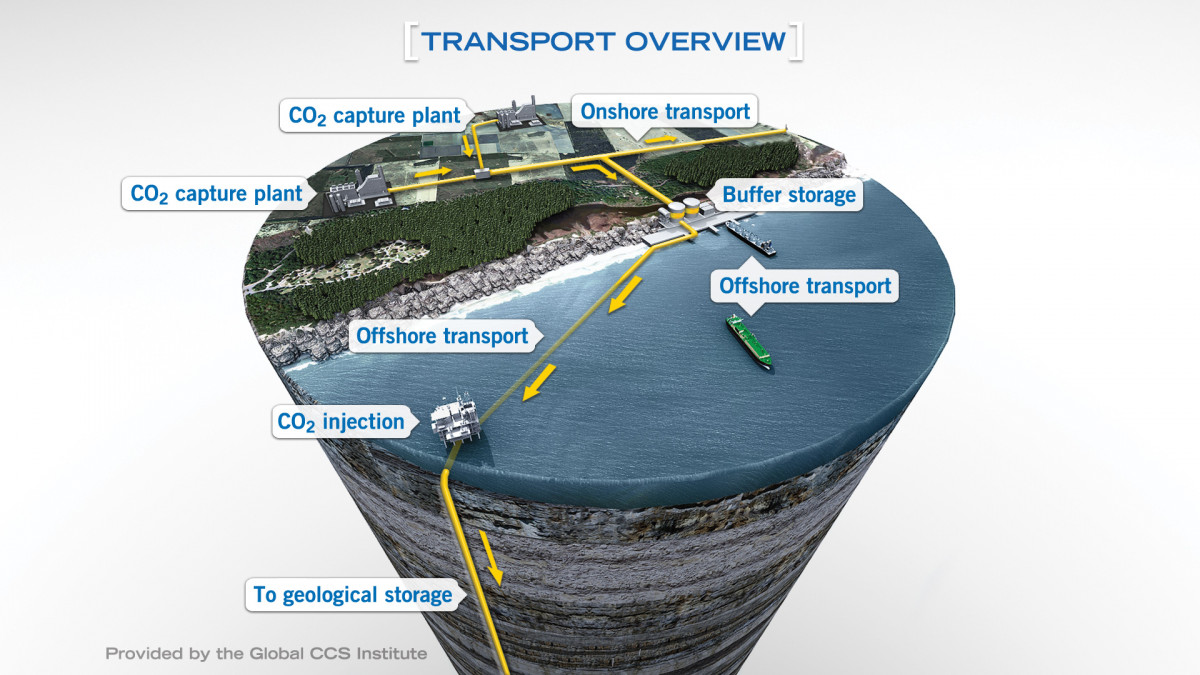 Years of protest against industry plans to use carbon capture and storage (CCS) as a lifeline for coal power made the technology a no-go issue for German politicians. But the new goal of climate neutrality by 2050 forces the country into a fresh debate about dealing with unavoidable CO2 emissions, for example in cement production. Chancellor Angela Merkel has said CCS will be necessary to reach the net-zero target, and her government is looking into tapping the sizeable carbon storage potential under the North Sea. This factsheet provides a brief explanation of CCS technologies, their history and current status in Germany. Read the factsheet here. 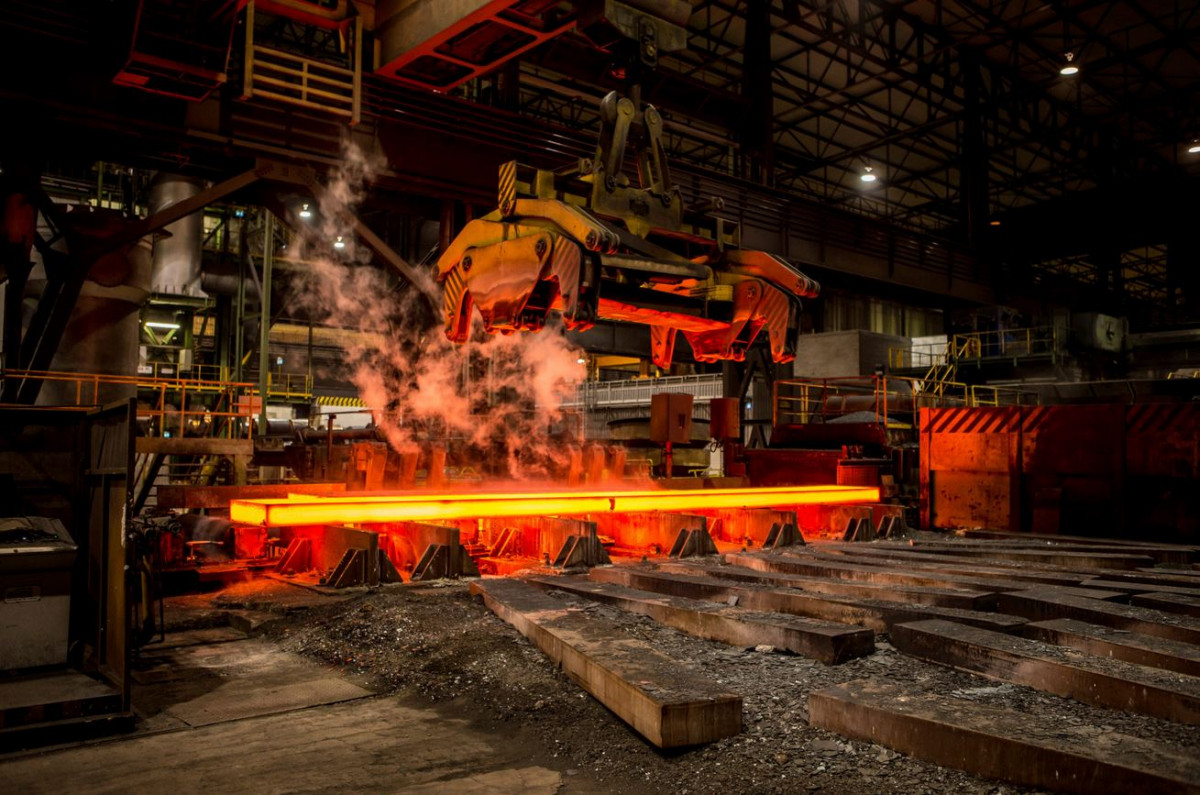 Volker Hille’s passion project could cut Germany’s entire CO2 output by almost one percent. He is head of corporate technology at Salzgitter Group, one of Europe’s largest steelmakers, which currently emits around eight million tonnes of CO2 per year due to its use of coal in metallurgy. Hille is an enthusiastic advocate of Salzgitter’s proposal to replace the fossil fuel with renewable hydrogen, which could slash company emissions by 95 percent. But, as the engineer explained to the Clean Energy Wire, there is a catch: Salzgitter can’t realise his plan yet because it will cost billions of euros and would result in steel that is virtually climate neutral, but couldn't be sold at present because it is too expensive. Read the interview here. 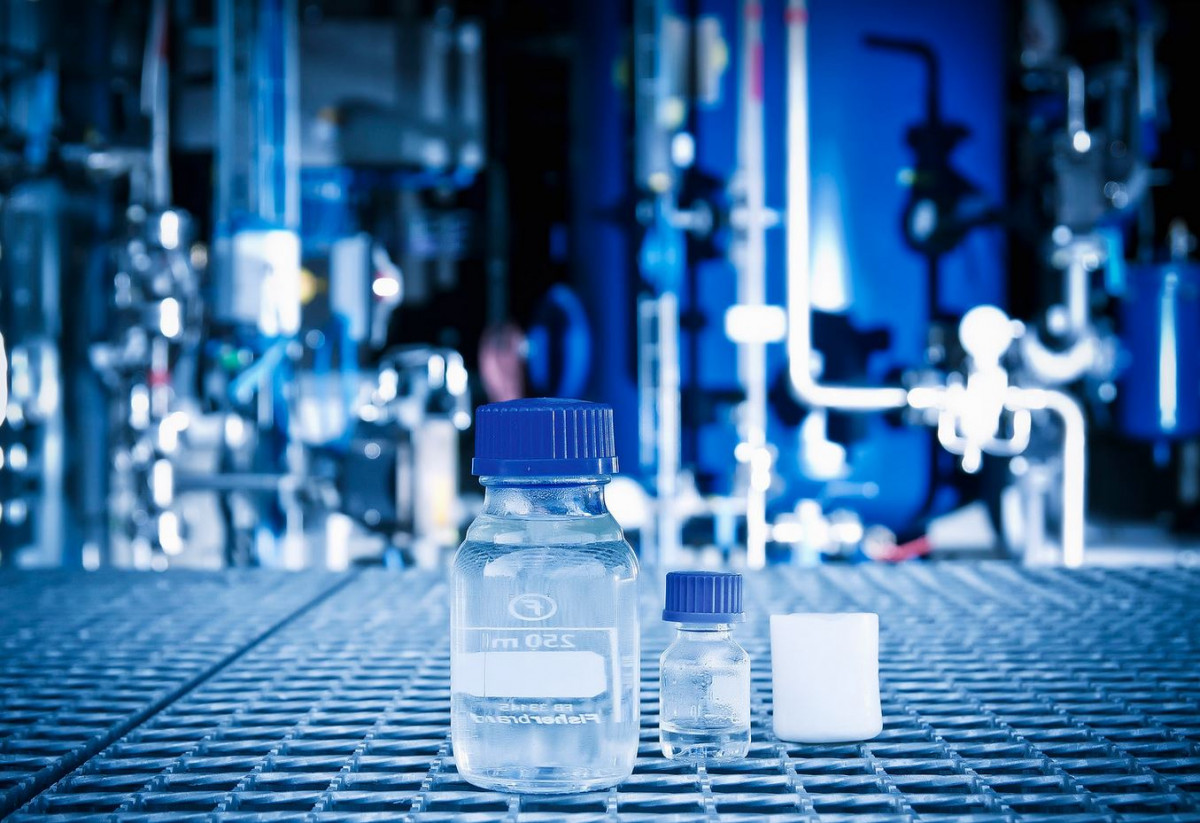 Renewable electricity can be used directly to replace fossil fuels in cars and heating on the way to decarbonisation. German start-up Sunfire offers a solution for many applications where this is not possible, such as aviation, steelmaking and in the chemicals industry: The company develops and manufactures systems that use renewable power to make climate-neutral gases and fuels that can substitute fossil fuels.
Clean Energy Wire spoke to co-founder and CEO Carl Berninghausen about the prospects for a hydrogen economy, making synthetic fuels out of thin air (literally!), and why Europe will not have to rely on renewable energy imports in the future. Read the company profile and interview here. 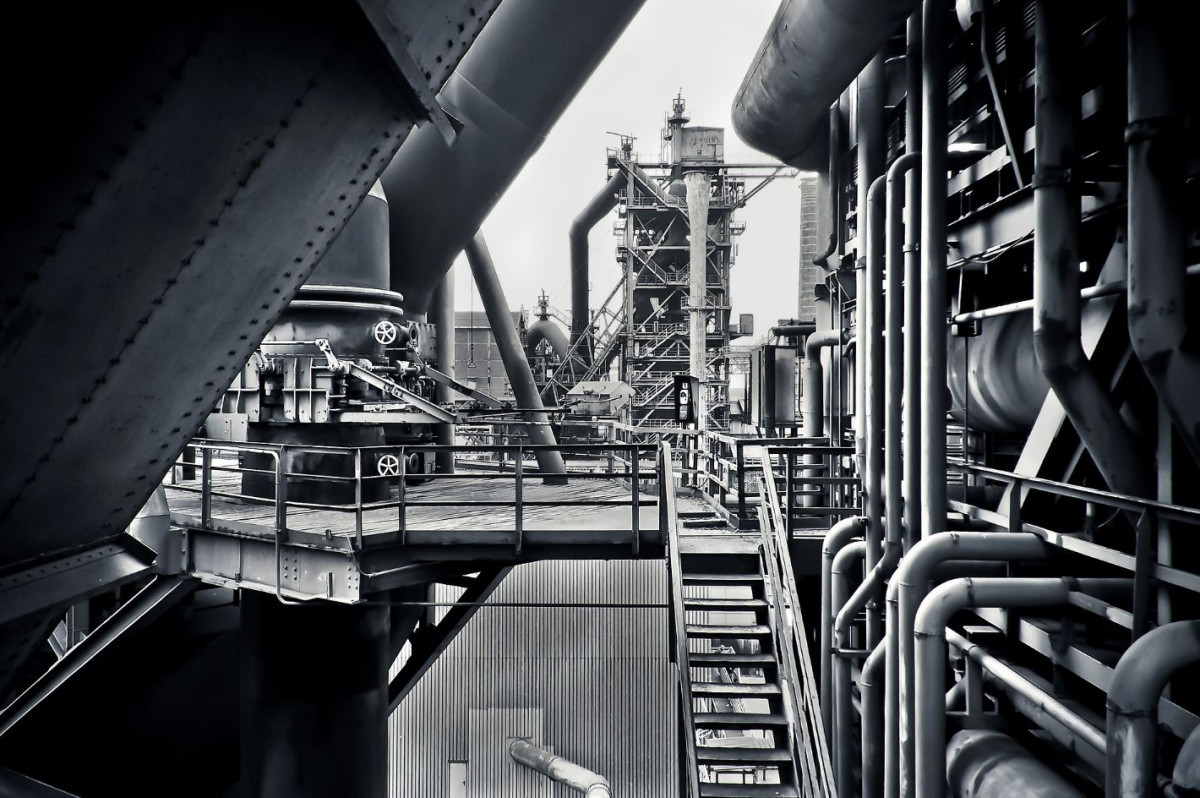 German industry heavyweights including chemical maker BASF, HeidelbergCement, gas supplier Linde and steelmaker Salzgitter say they are prepared for profound emissions cuts, but still lack the necessary market signal from policymakers. At a Berlin conference this week, unions, politicians and environmental think tanks agreed with the companies that existing policies are blocking the massive investments necessary for deep industry decarbonisation. Participants stressed there is no time to lose because of the sector’s long investment cycles – new plants tend to operate for many decades. Read the report here. 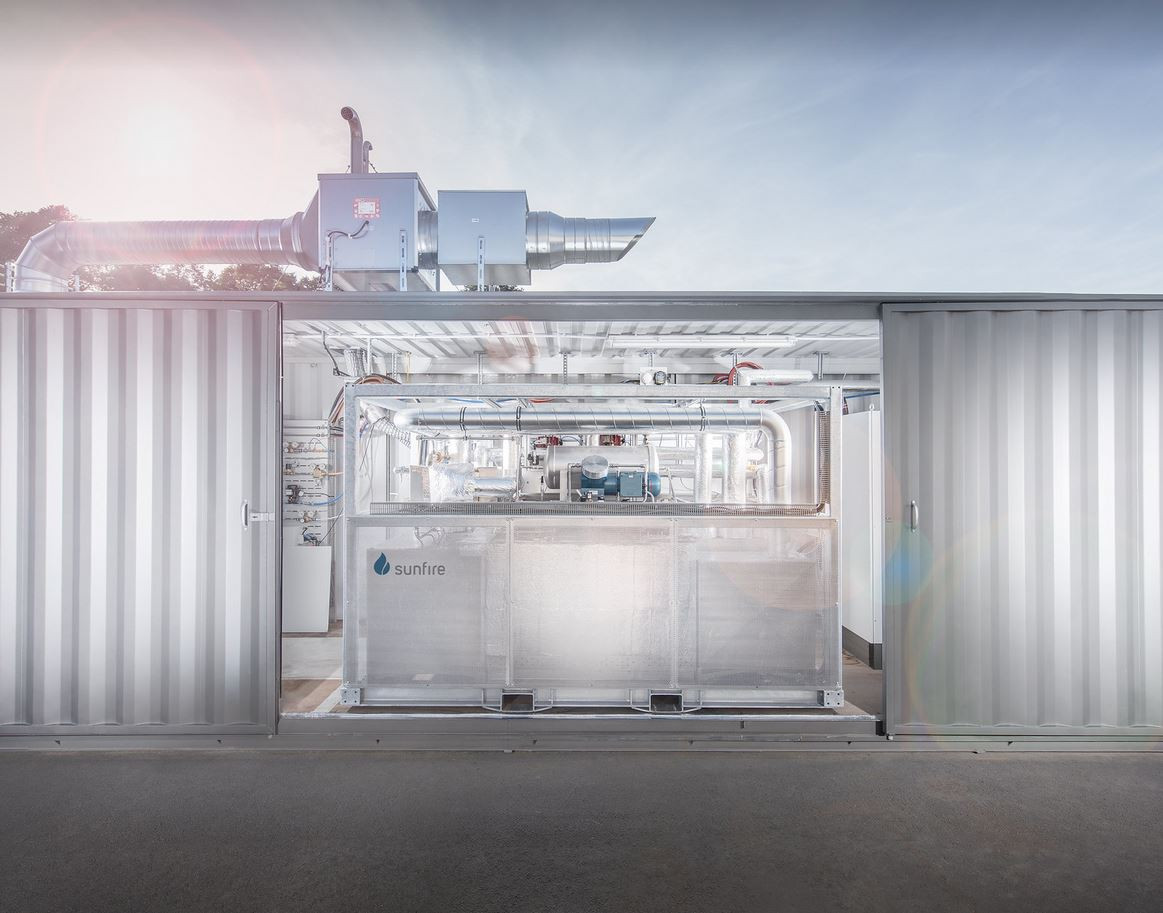 The German government believes hydrogen is key not only for a successful energy transition, but also for the future of the country's famed industry. This is why Germany must beat Asian countries – in particular China and Japan – to claim global leadership in the technology, according to economy minister Peter Altmaier. Even if investment costs for making renewable hydrogen in electrolysers are much higher in Europe, the ship has not sailed yet for Germany, he added. Development cooperation minister Gerd Müller said technologies made in Germany could be used by African countries to produce green fuels. Industry and utilities applauded the government's hydrogen efforts. Read the report here. 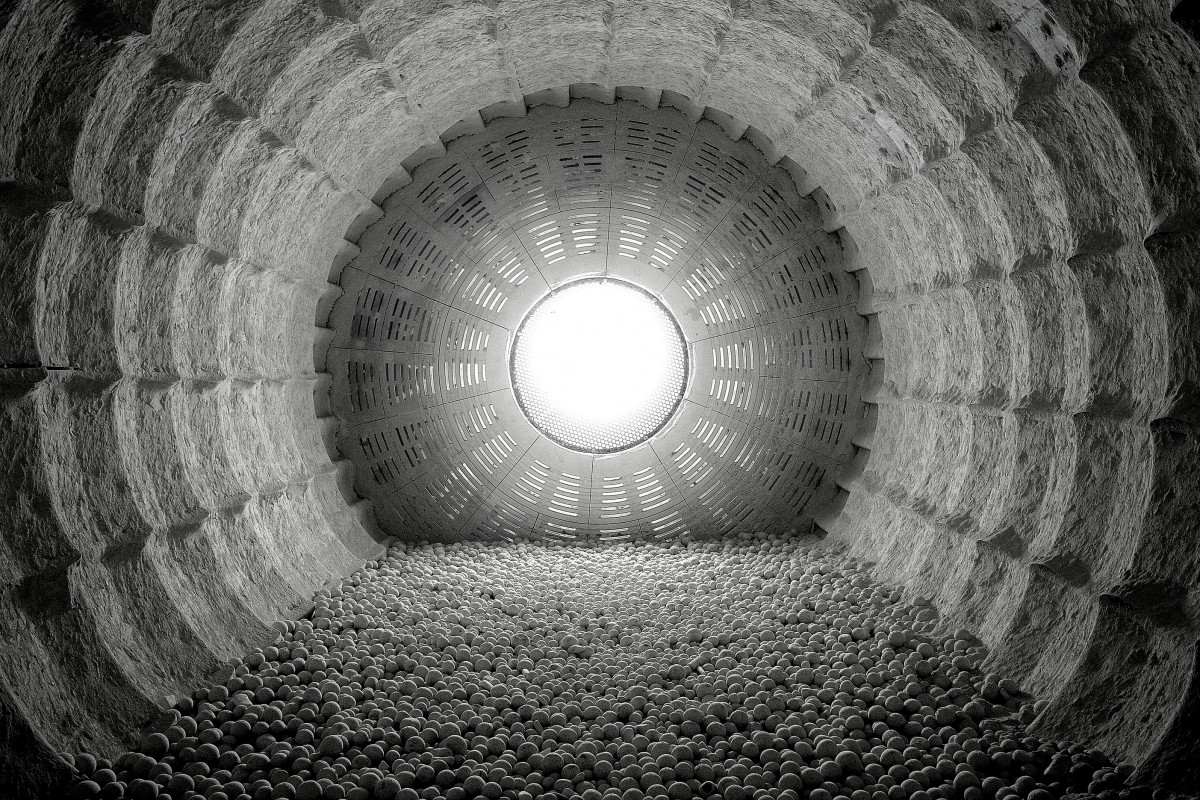 Energy-intensive basic industries – such as steel, chemicals and cement – have to quickly introduce and scale up key low-carbon technologies to avoid wrong investments at a time when governments aim for a climate neutral economy by 2050, says a study conducted by Agora Energiewende* and the Wuppertal Institute for Climate, Environment and Energy. As there is not yet a business case for these technologies and new facilities could have a lifetime stretching beyond mid-century, the government has to introduce the right policy framework now, say the researchers, and propose an emergency programme to make German industry a pioneer for green hydrogen, electrification and process emissions mitigation. Proposed instruments include a carbon contract for difference, a green hydrogen quota and the right government procurement strategy. Read the report here. 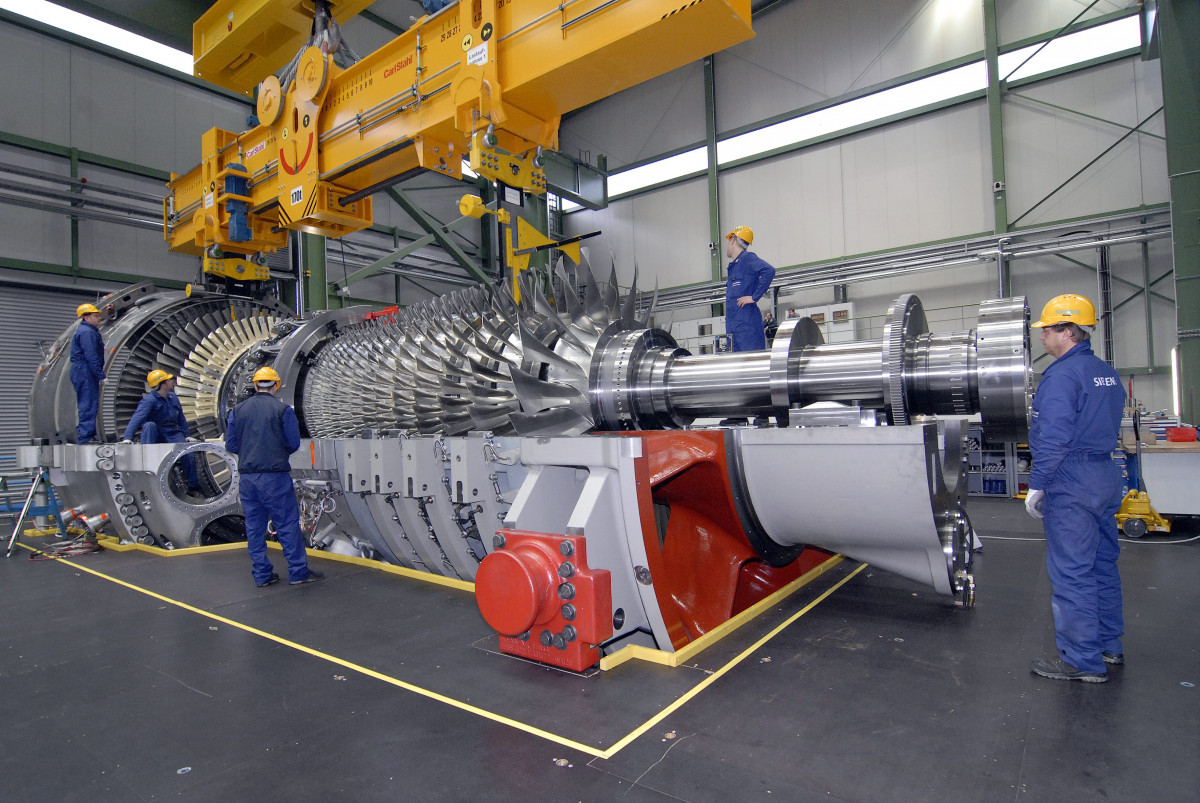 Like no other company, German industry behemoth Siemens epitomises the upheaval caused by the Energiewende in the world’s fourth largest economy. None of the electrical engineering and electronic group’s businesses has been left untouched by the global energy transition. Decarbonisation has boosted its renewable energy and industry efficiency divisions, while business areas serving fossil energy production have suffered. This Siemens case study reveals the profound economic transformations and challenges that characterise the global shift to renewable energies. Read the case study here.

All texts created by the Clean Energy Wire are available under a “Creative Commons Attribution 4.0 International Licence (CC BY 4.0)” . They can be copied, shared and made publicly accessible by users so long as they give appropriate credit, provide a link to the license, and indicate if changes were made.
Need more info?
News
31 Jan 2023, 13:17
Benjamin Wehrmann