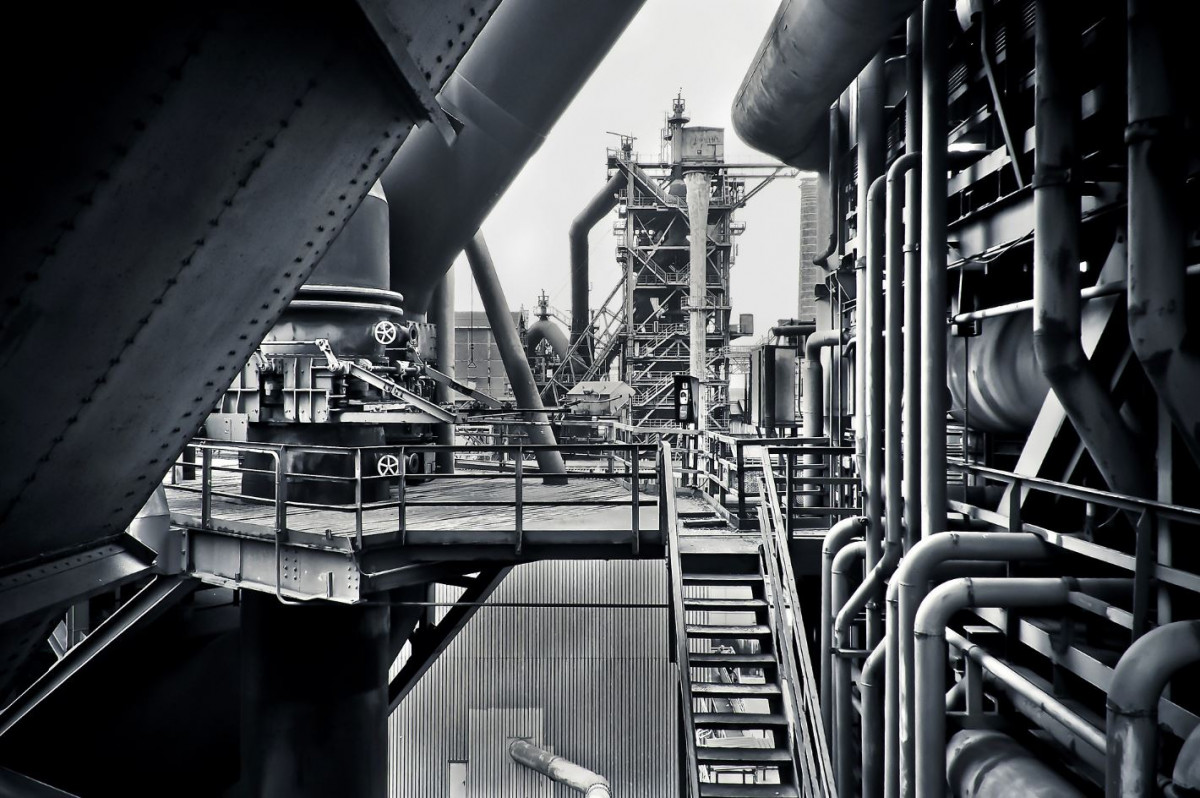 German industry heavyweights including chemical maker BASF, HeidelbergCement, gas supplier Linde and steelmaker Salzgitter say they are prepared for profound emissions cuts, but still lack the necessary market signal from policymakers. At a Berlin conference this week, unions, politicians and environmental think tanks agreed with the companies that existing policies are blocking the massive investments necessary for deep industry decarbonisation. Participants stressed there is no time to lose because of the sector’s long investment cycles – new plants tend to operate for many decades.

The technology already exists to make deep cuts to carbon emissions in energy-intensive industries like steelmaking, chemicals and cement. But these technologies are not being deployed in Germany because the existing regulatory framework does not offer viable business models, according to major industry players, unions, and environmental think tanks.

At a Berlin conference on industry challenges posed by climate change, participants agreed that Germany needs to fundamentally overhaul its taxes and levies to kick-start the transformation towards a low-carbon economy. Speakers said there is no time to lose given the industry’s long investment cycles – major installations such as furnaces operate for several decades – and because Germany risks losing its pioneer status.

“We must be quick, otherwise others will overtake us,” said Andreas Pinkwart, Minister of Economic Affairs, Innovation, Digitalisation and Energy of the state of North Rhine-Westphalia. “Greenhouse gas neutrality is technically and economically feasible, and the industry is ready for it.” Around one third of Germany’s energy-intensive industries – including steel, chemicals, cement, glass and paper – are based in North Rhine-Westphalia, Germany’s most populous state. “The opportunities offered by the transformation process towards climate-neutrality are so large that we can approach it more proactively,” said Pinkwart, whose business-friendly FDP party governs the industrial state together with Chancellor Angela Merkel’s conservative CDU.

Industry was responsible for nearly a quarter of Germany’s total greenhouse gas emissions in 2018. Largely driven by the collapse of large parts of Eastern Germany’s emission-heavy industry after reunification, the sector has reduced emissions by about a third since 1990, but it will have to cut CO2 output by an additional 25 percent over the next ten years to reach its official 2030 climate target. As Germany pursues the goal of becoming virtually climate-neutral by 2050, policy makers are shifting their attention to deeper emissions cuts, which are often much more difficult to achieve in energy-intensive industries.

The German government is currently locked in a hefty debate how to enshrine the 2030 goals in a climate protection law. While Social Democratic environment minister Svenja Schultze pushes for binding sector targets and the introduction of a price on carbon emissions in sectors beyond electricity production and manufacturing, some members of Merkel’s conservative CDU/CSU alliance are opposing both for fear that rising prices could alienate voters and businesses. About two thirds of industry emissions is covered by the EU’s Emissions Trading System (ETS), but the incentives offered are insufficient to make large investments profitable.

Germany’s powerful industry lobby BDI published a much-acclaimed in-depth study into the ways to decarbonise the German economy last year, saying that protecting the climate can benefit the economy under the right policy framework. As long as Germany’s efforts to reduce emissions do not put energy-intensive businesses at a disadvantage on global markets, “industrial companies will benefit from ambitious climate protection,” according to the study. 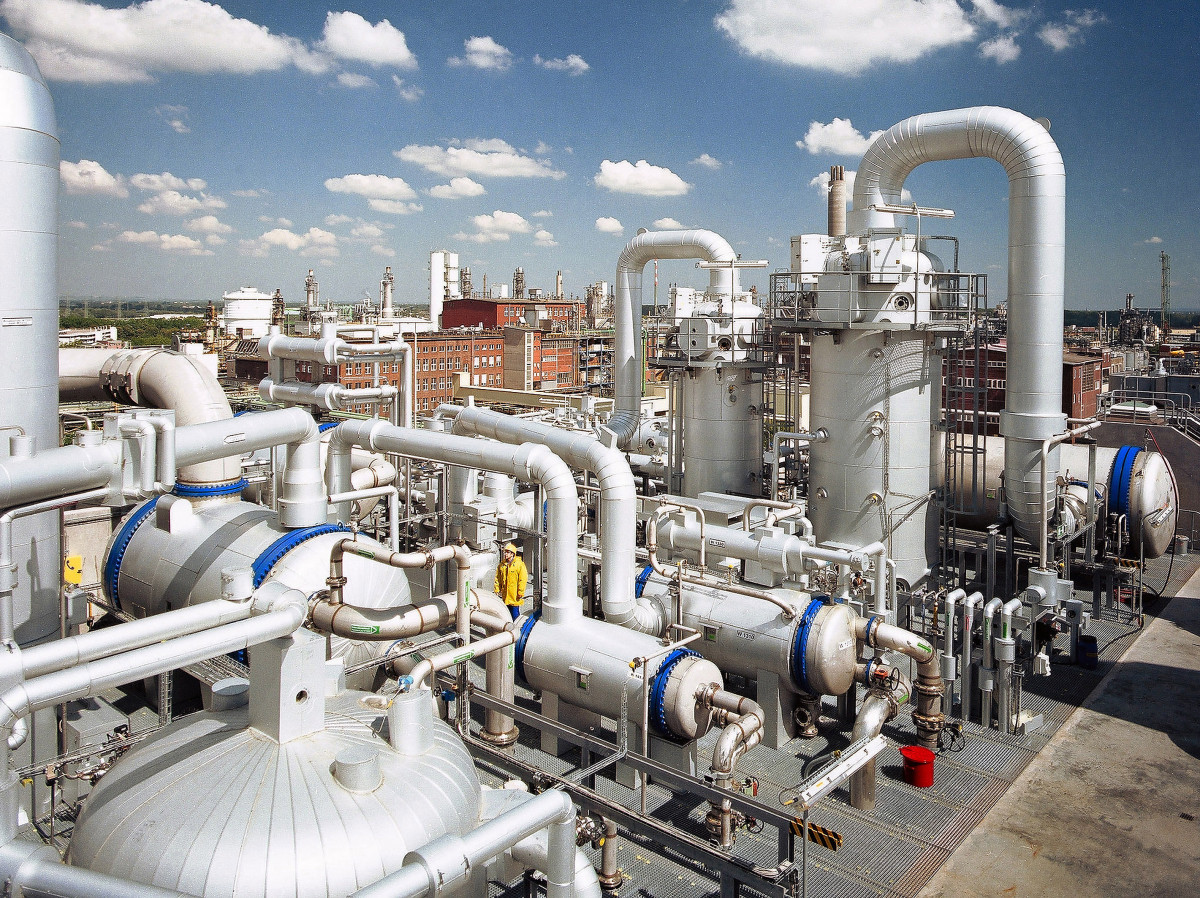 Having dealt with the low-hanging fruit, Germany faces tougher choices

Industry representatives at the conference agreed that many of the easiest steps to lower emissions, for example by increasing energy efficiency, have already been implemented. The next step for many companies will be much more difficult and costly: changing the core processes at the heart of their businesses. This could include replacing fossil fuels used in many chemical processes with hydrogen made using renewable electricity.

For instance, so-called “green hydrogen” is currently twice as expensive as natural gas, and industry executives say the government must find a way to make the technology commercially viable. Carbon-neutral cement is technologically possible by 2050, said HeidelbergCement public affairs manager Christoph Reißfelder. “But the framework conditions are not right for it,” he said. Jens Waldeck, who heads Linde Gas’ operations in Central Europe, also said that an overhaul of taxes and levies is needed to enable breakthrough technologies. Many other participants also highlighted the importance of paving the way for a ‘hydrogen economy’ currently blocked by relatively high power prices. Executives called for reducing taxes and levies on electricity to make low-carbon technology more competitive.

“We need to act early and fast,” said Manfred Fischedick, vice president of the Wuppertal Institute for Climate, Environment and Energy. “The necessary technologies already exist, but they are not competitive.” He added companies need both public support for the initial investments, and a change in framework conditions to create a viable market for CO2-neutral products.

An example is steelmaker Salzgitter’s proposal to replace carbon-based fuels with renewable hydrogen in metallurgy, a project dubbed SALCOS (Salzgitter Low CO2 Steelmaking). “We can only realise the SALCOS project if we can make sure that we will be able to sell our low-carbon steel afterwards,” the company’s head of corporate technology Volker Hille told the Clean Energy Wire. “The first stage of SALCOS alone will require an investment of about 1.3 billion euros in new plant equipment, illustrating the need of substantial public funding.”

Energy-intensive companies have slashed their capital expenditures as they have realised that conventional technologies with a high CO2 output are no longer sustainable and could turn into stranded assets, while innovative low-carbon concepts are not yet profitable, said Patrick Graichen, head of energy think tank Agora Energiewende*, which organised the conference in cooperation with energy, chemicals and mining union IG BCE. “Policy is in charge of bridging this gap,” said Graichen.

He criticised the fact that the term “climate protection” is not even mentioned in the National Industry Strategy presented by federal economy minister Peter Altmaier, adding that the next EU commission should also update state aid laws to enable decarbonisation projects with a view to reaching 2050 climate goals.

Company executives stressed that any new policy instruments, such as a CO2 tax, must not hurt their international competitiveness. Michael Vassiliades, head of union IG BCE, suggested a tax on finished goods depending on the emissions they caused, instead of a CO2 tax that would make production more costly. “This would solve the competition issue,” he said. “Industry requires clear policy guide rails for investments and innovations on its transformation path.” Many participants also urged the government to cut red tape, and boost research support.

Germany is currently debating a Climate Action Law to ensure it can reach its 2030 climate targets, after it emerged that the country will widely miss its 2020 targets. Chancellor Angela Merkel has convened a new ‘climate cabinet’ to ensure the law will be introduced later this year.

“We need to have these discussion now so that the climate cabinet can take the relevant decisions in the autumn,” Agora Energiewende head Graichen said.