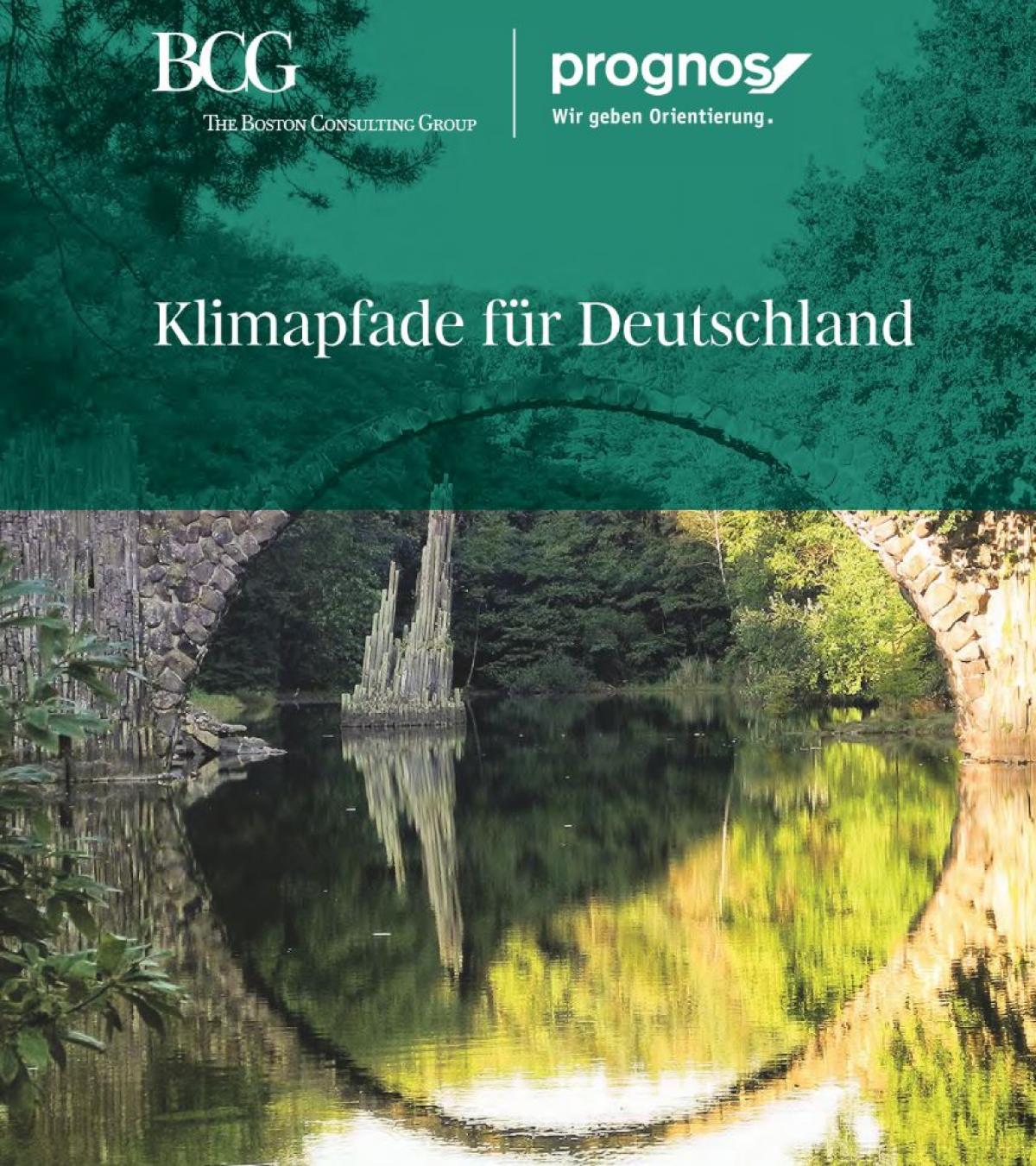 The BDI study entitled "Climate paths for Germany"
German industry believes the world’s fourth largest economy can boost its status as a manufacturing powerhouse by protecting the climate. Reducing emissions by 80 percent by 2050 is good for the economy under the right policy framework even if Germany goes it alone, the Federation of German Industries (BDI) says in a highly anticipated study. Environmental organisations said the publication signals a shift in the BDI’s stance on climate protection, but lamented the study considered a cut of 95 percent "unrealistic" if other countries don't follow suit.

As long as Germany’s efforts to reduce emissions do not put energy-intensive businesses at a disadvantage on global markets, “industrial companies will benefit from ambitious climate protection,” according to the study published by BDI, Germany’s most important industry association. [Summary in English here.]

The study was highly anticipated because the BDI has generally been sceptical of Germany’s attempts to reduce emissions through its energy transition, a shift to a renewables-based and nuclear-free economy.

The 280-page study signals a shift in the BDI’s stance on climate protection, according to media commentators and environmental NGOs.

“We are positively surprised,” said Germanwatch Policy Director Christoph Bals. “The BDI seems to increasingly realise that Germany’s industry is put in danger if we don’t use an ambitious climate policy as a driver for innovation and modernisation.”

Energy-intensive industry representatives have cautioned that the study’s findings should be taken with a pinch of salt because many of the projected results were based on unrealistic assumptions.

But he added that climate protection was a “huge business opportunity” for his industry because “chemicals are in everything."

The policies already in place in Germany would only lead to a 61 percent drop in greenhouse gas emissions, compared to the official goal of an 80 to 95 percent reduction, the study says.

The 95 percent target is realistic only if other industrialised countries make comparable efforts, according to the study, which was conducted by management advisers Boston Consulting Group (BCG) and consultancy Prognos.

Their calculations arrived at the conclusion that cutting emissions by 80 percent would require cumulative total investment of 1.5 trillion (1,500 billion) euros by 2050, coupled with requisite policy measures. The authors stressed that this figure should not be construed as “cost”.

“We are talking about investment, not additional cost,” explained BCG Managing Director Philipp Gerbert. He said the study does not take into account the cost of inaction on climate change, such as adaptation costs.

“Even without the external costs of climate change, we arrive at a slightly positive effect on the economy – that’s sensationally good news,” Gerbert said.

Those 1.5 trillion euros translate into around 45 billion euros per year on average, which according to the study's authors equal 1.2 percent of Germany’s gross domestic product (GDP). Germany had a GDP of of roughly 3.2 trillion euros in 2017.

Reducing emissions by 95 percent would require total investment of about 2.3 trillion euros.

Climate action proponents insist that Germany must pursue a reduction of 95 percent in order to comply with the Paris Climate Agreement.

“From the BDI study, we must not draw the conclusion that Germany only pursues the 80 percent target. This would be a disservice to the German economy: German companies would not be tomorrow’s technology leaders,” said Sabine Nallinger, head of Foundation 2°, which represents German CEOs in favour of rigorous climate protection.

She added that the BDI study showed that even the 95 percent target was achievable without hurting the economy if most other countries followed suit.

Based on the study's findings, the BDI says the government should: