Renewables produced 38 percent of the electricity used in Germany between January and September 2018, an increase of three percentage points over a year earlier, according to utility association BDEW. In January, April and May, renewables' share even climbed to 43 percent thanks to strong winds and sunshine. “If we have an average amount of wind in the fourth quarter, renewables could also cover 38 percent over the entire year,” BDEW said. In the first three quarters of the year, renewables produced almost 170 billion kilowatt-hours (kWh), while lignite and hard coal added up to about 172 billion kWh.
“Clearly, renewables are in the fast lane, while the contribution of conventional energy sources to cover gross power consumption is falling continuously. But we still have a lot of work ahead of us to reach the target of a 65 percent renewables share by 2030,” said BDEW head Stefan Kapferer. 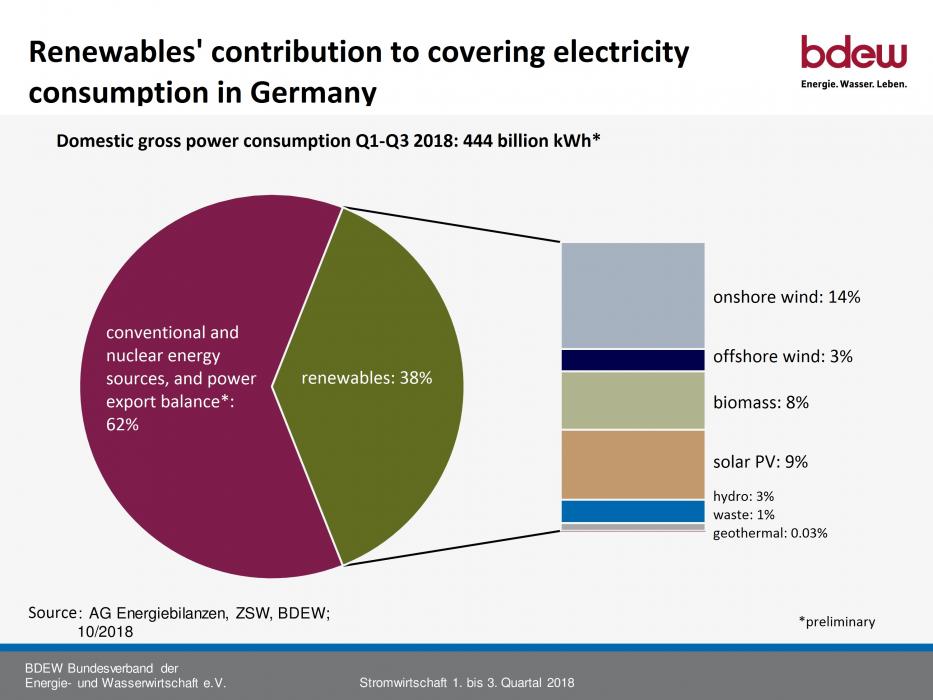