In the media: Coal use drops in Q1 despite higher energy consumption 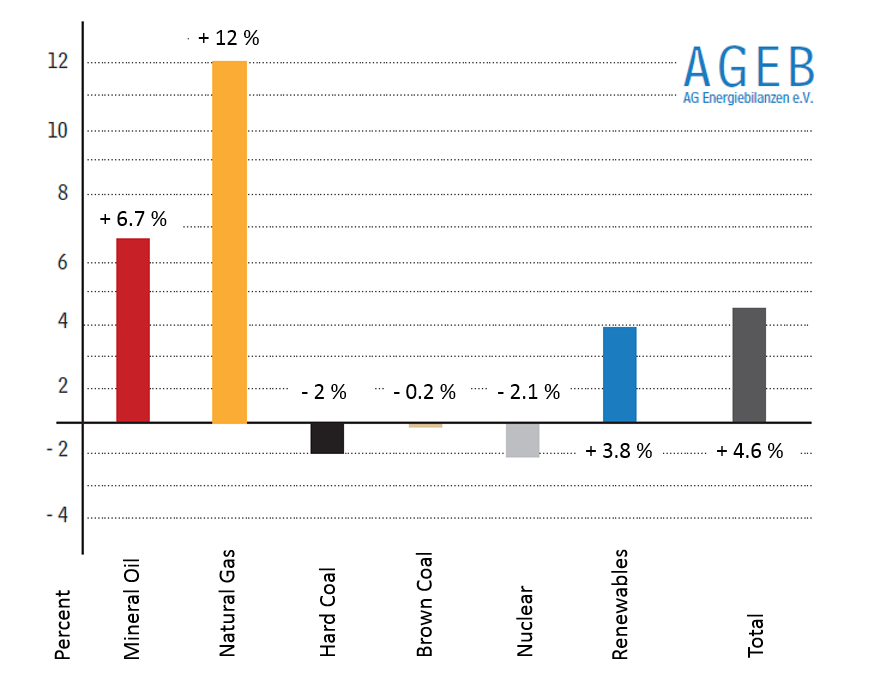 Read the press-release in German here.

Costly nuclear phase-out – how can Germany secure the money from power companies?

Researchers at the German Institute for Economic Research (DIW) say that current company reserves for decommissioning nuclear power plants and storing radioactive waste are insufficient. The government was not able to check whether and how utility companies had set aside the 38 billion euros as they claim, and in the event of bankruptcy, these reserves would not be protected, the researchers said at a press conference. In their study “Shutting down nuclear plants – what happens next?”, they propose a state-administered fund paid into by power station operators to make sure the polluters and not the taxpayer pays for nuclear remains. DIW scientist Claudia Kemfert said that the nuclear phase-out would not endanger security of supply and the wholesale power price would only increase very slightly, according to their model calculations.

Download the study in German with an English abstract here.

See a CLEW factsheet on the nuclear phase-out here.

The German government is partially to blame for the loss of 2,200 jobs at Siemens Germany, CEO Joe Kaeser said in a Siemens employee paper, according to Spiegel Online. German energy policy had “permanently taken away the basis for us to sell our products and solutions in the fossil energy sector in Germany,” he said in an interview to explain the job cuts. But new jobs were created in other countries where the power plant sector was still growing, Kaeser said, according to a Reuters report.

“RWE on its way to become nationalised”

Disposing of its nuclear waste will be very expensive – so expensive that energy utility RWE may have to be nationalised, write Carsten Knop and Helmut Bünder in the FAZ, citing a speech by Werner Müller, an expert in such cleanups, as head of the RAG foundation dealing with the remains of Germany’s coal sector. Of the 38 billion euros set aside for the nuclear clean-up, RWE has to provide 10 billion euros, but the company is only worth around 13 billion euros on the stock market at the moment, the authors write. In the end, the state may have to take charge, they write. Chancellor Merkel has not openly rejected the notion of a nuclear foundation, but she has said that power companies may not transfer their risks onto the state.

Following e-car company Tesla, car manufacturer Daimler will also sell batteries for companies and households that want to store electricity, news agency dpa reports. The modules can be ordered from June 2015 and the first ones will be delivered in autumn. The batteries would be suitable for households who produce their own solar power but also for football stadiums that only switch on their floodlights once a week, the article says.

First, the University of Edinburgh pulled around 300 million pounds of its endowment fund out of three of the world's largest coal and oil companies. One day later, the Norwegian state oil fund decided to divest from companies that derive more than 30 percent of their revenues from brown or hard coal, writes Michael Bauchmüller in an opinion piece for the Süddeutsche Zeitung. More than 50 companies worldwide, including German utility RWE, will be affected. In a time when there is little advancement in global climate policy, this divestment is one of the few answers to climate change, Bauchmüller writes. It frees capital for infrastructure projects needed to wean the world from the drugs of coal and oil, he says. Every euro invested in clean energy, in alternative engines and climate friendly cities, can help pay off the huge climate mortgage from industrialisation. And at the same time, the funds that divest now are pursuing a forward-looking investment strategy because when the carbon bubble bursts, they will be safe.