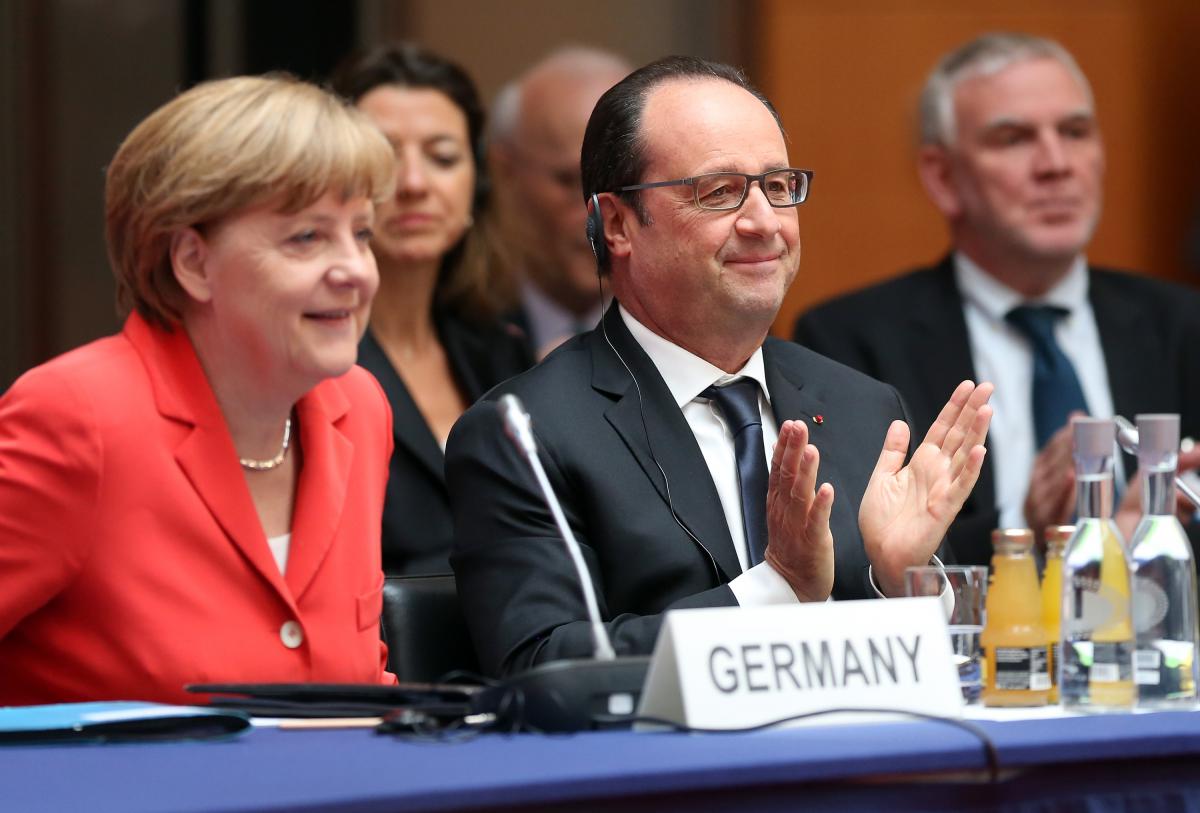 Chancellor Angela Merkel and French President Francois Hollande at the Petersberg Climate Dialogue in Berlin on Tuesday. © BMUB / Adam Berry
German Chancellor Angela Merkel and French President Francois Hollande have thrown their weight behind an ambitious and urgent push to make the Paris climate summit a success. The international community must start work now in order to reach a clear, ambitious and binding commitment to limit climate change at year’s end, the German and French leaders said at the sixth Petersberg Climate Dialogue, which aimed to prepare the ground for an agreement in Paris.

President Hollande stressed at a press conference following the event that there were only 200 days left before the Paris summit – “very little time indeed”. Many ministers present suggested that convergence on important issues would be needed well before Paris, the Petersberg Climate Dialogue conclusions say.

Chancellor Merkel stressed high level meetings of heads of states and governments were essential during the preparation period in order to avoid fruitless “last night” negotiations at the actual UN summit. The basis for political decisions was required by October, German environment minister Barbara Hendricks said. She added Germany was doing its best to foster engagement at the highest levels, for example by hosting the Petersberg Climate Dialogue and by putting climate protection on the agenda at the G7 meeting in Elmau in June. President Hollande said that the UN general assembly in September would be another key date where heads of state needed to be present.

“We have much more similar and realistic expectations than we had before Copenhagen,” Hendricks said. In order to limit global warming to 2 degrees Celsius the world’s economy needed to be decarbonised within the second half of this century, Hendricks demanded. 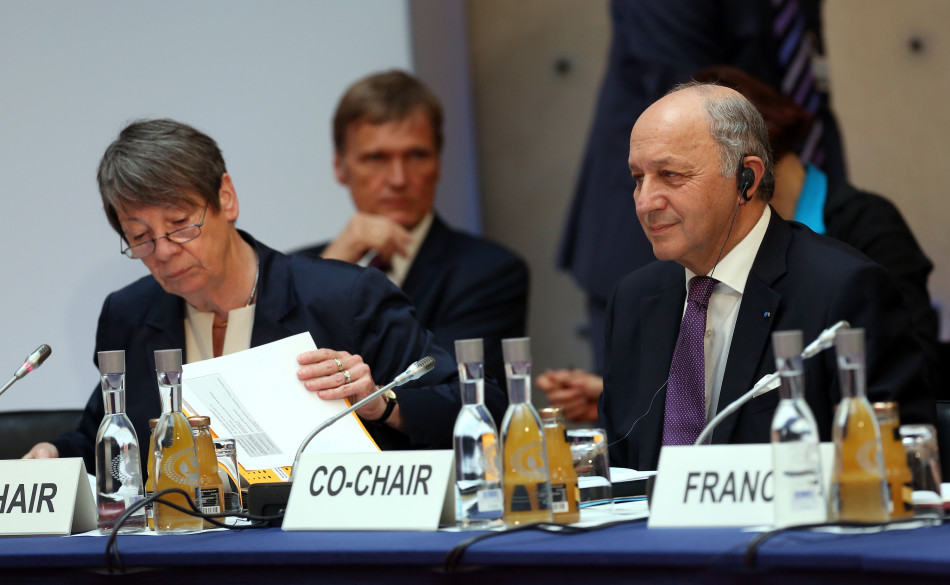 Hollande: “We have to build a world market for carbon”

Merkel referred only briefly to current disputes within Germany which threaten the country’s climate goals, such as the debate about an additional levy on coal. She said Germany had adopted the climate action programme in order to achieve emissions targets. “At present, we’re working very hard at putting it into practice. We’re not quite there yet.”

Environmental activist group Greenpeace criticised Merkel, saying she needed to decide whether she wanted to enter the history books as a climate chancellor or a coal chancellor.

Both Merkel and Hollande stressed the world needed a global emissions trading system. “We have to build a world market for carbon”, said Hollande. Both leaders stressed the importance of settling the issue of climate financing so emerging countries have the necessary means at their disposal to adapt to climate change. Merkel announced Germany would double its contribution to climate financing by 2020 – a move applauded by environmental NGO Germanwatch.

Both Germany and France stressed the aim should be agreement on a concise and ambitious text in Paris. “It’s very important to have a clear and mobilising text so all know what lies ahead”, said Hollande.

Both countries expressed hopes the climate summit could become a success. “I have become optimistic for Paris”, said German environment minister Barbara Hendricks. French foreign minister Laurent Fabius said many ideas were moving in the right direction and there were signs for a convergence of views. But Hendricks also warned: “Paris will not be the big bang that solves all problems. Rather, it will be the starting point for a global climate marathon.” But the political will to reach an agreement was bigger than ever before, Hendricks and Fabius concluded.