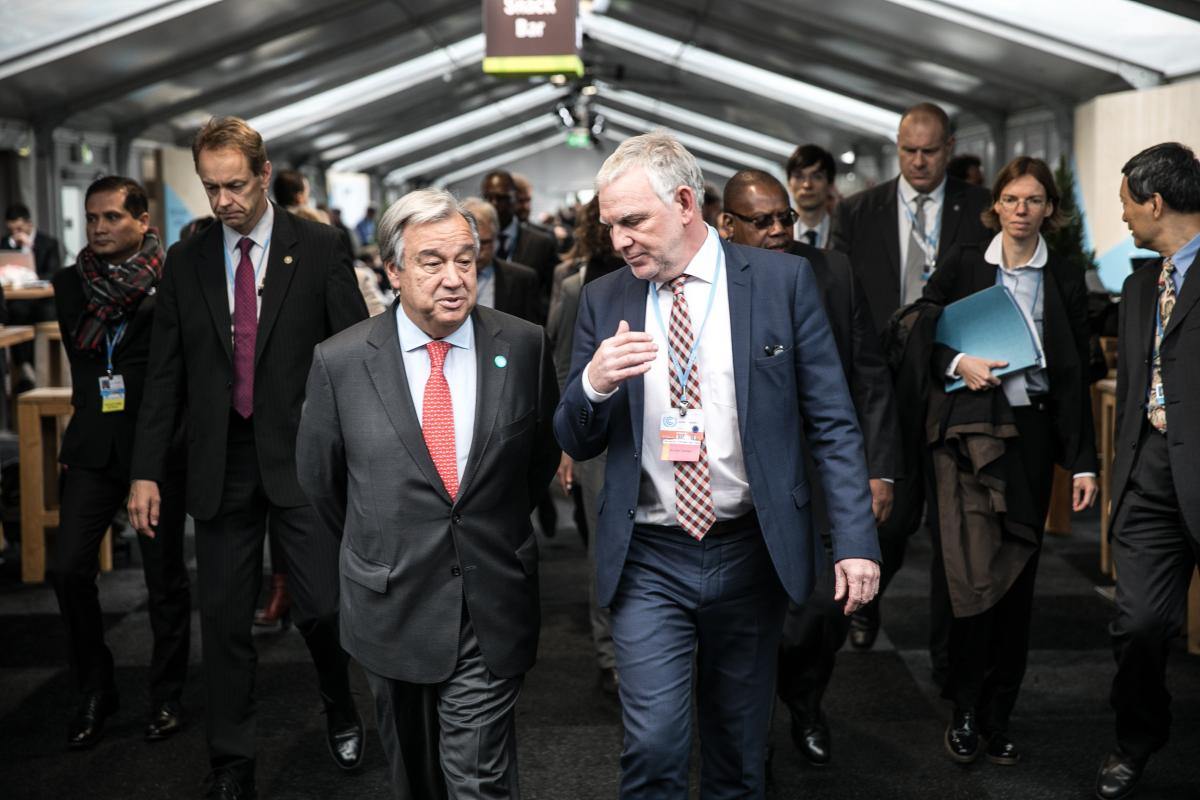 The rise of populism and unilateralists like US President Donald Trump increasingly challenge the rules-based international order and put global climate action as pledged in the Paris Agreement at risk. Still, a changing mind-set in industry and society mean that the landmark climate accord will stand the test of time in the end, says Jochen Flasbarth, state secretary in the German environment ministry. The Clean Energy Wire spoke with the seasoned negotiator ahead of the 24th UN climate change conference COP24 in Katowice, Poland. Germany, he says, has all the potential to return to the forefront of international climate policy.

Clean Energy Wire: The main task at this year’s UN climate change conference in Poland will be to decide the rulebook for the implementation of the landmark Paris Climate Agreement from 2015. It is the result of a process in which everyone had high hopes. How worried are you that this process will drift and that the agreement will ultimately run out of steam?

Jochen Flasbarth: My belief in my own predictions has been somewhat shaken in recent years. I would never have thought Brexit was possible, nor President Trump or the change of government in Brazil. But I do believe that the Paris Agreement will stand the test of time.

And there are also a few indicators. I talk a lot with industry associations at home. Just a few years ago I would have expected their criticism to get louder once the United States decided to abandon ship. But that’s not the case. When I attend industry conferences I find a lot of agreement with the view that it would be a big mistake to look for ways around climate action. For me, the earnestness with which solutions are being worked on is an indicator that there is another mind-set.

What would a successful result be in Katowice?

Of course, we simply have to do our homework. That includes the rule book, which must be enacted. We must take the Talanoa Dialogue a step further. And I am quite sure – whether we want it or not – that the Global South will link this again to the question of financing. That’s why I believe we will have to deal with this again.

Will the Polish Presidency make for a successful conference?

Poland is doing everything in its power to serve as a good host, contrary to what some might have thought. In Michael Kurtyka, it has made an excellent choice of COP-President. You can hardly imagine a better one. This shows that something is happening in the country.

The Talanoa Dialogue will be a big deal at the climate conference. Does Germany or the EU have any plans to show that ambitions are being raised?

There are different approaches. On the one hand, we have agreed at EU level that we will review our national contributions by 2020 - as envisaged by the Paris Agreement - with the aim of updating them. That is evidently rather cautious. I could have imagined more robust wording. Also, the European Commission's analyses show that with all the EU legislation already in force - i.e. emissions trading, effort-sharing legislation, and most recently energy efficiency and renewable energy legislation – a 45 percent reduction in greenhouse gas by 2030 will be achieved.

Hopefully, by 2020 we will see more success in climate action. I expect that in Germany, too. For a few years now, we have had a period of stagnation in emissions. Some first estimates give us reason to hope that our efforts will show on our climate footprint.

In recent months, the German government has repeatedly been criticised for not advocating more ambitious goals in EU climate negotiations. Is the criticism justified?

In general, the political process for environmental policy decisions in the EU is always the same: The Commission comes up with a proposal that moves things forward a little, and then the Council tends to act rather cautiously. This is followed by the Parliament taking a succinct position. Finally, we agree to meet halfway, and that has, frankly, always been good for environmental policy in Europe. That is why I very much hope that many people for whom climate protection is important will recognise the relevance of the European Parliament, because the European elections will take place next year.

Nevertheless, we are still in a situation where emissions in Germany are stagnating. Even the environment minister says that Germany is no longer a pioneer in climate action. The importance of Germany's credibility is often emphasised when it comes to climate negotiations. Does Germany still have the necessary credibility?

Other delegations are enormously forgiving towards us in international negotiations. I haven't experienced our climate footprint being held against us in the negotiations. We are still seen as pioneers, and there are good reasons for that. The world still commends us for driving the share of renewable energies so high – especially as a highly industrialised country. We have all the potential to once again be at the forefront of climate policy.