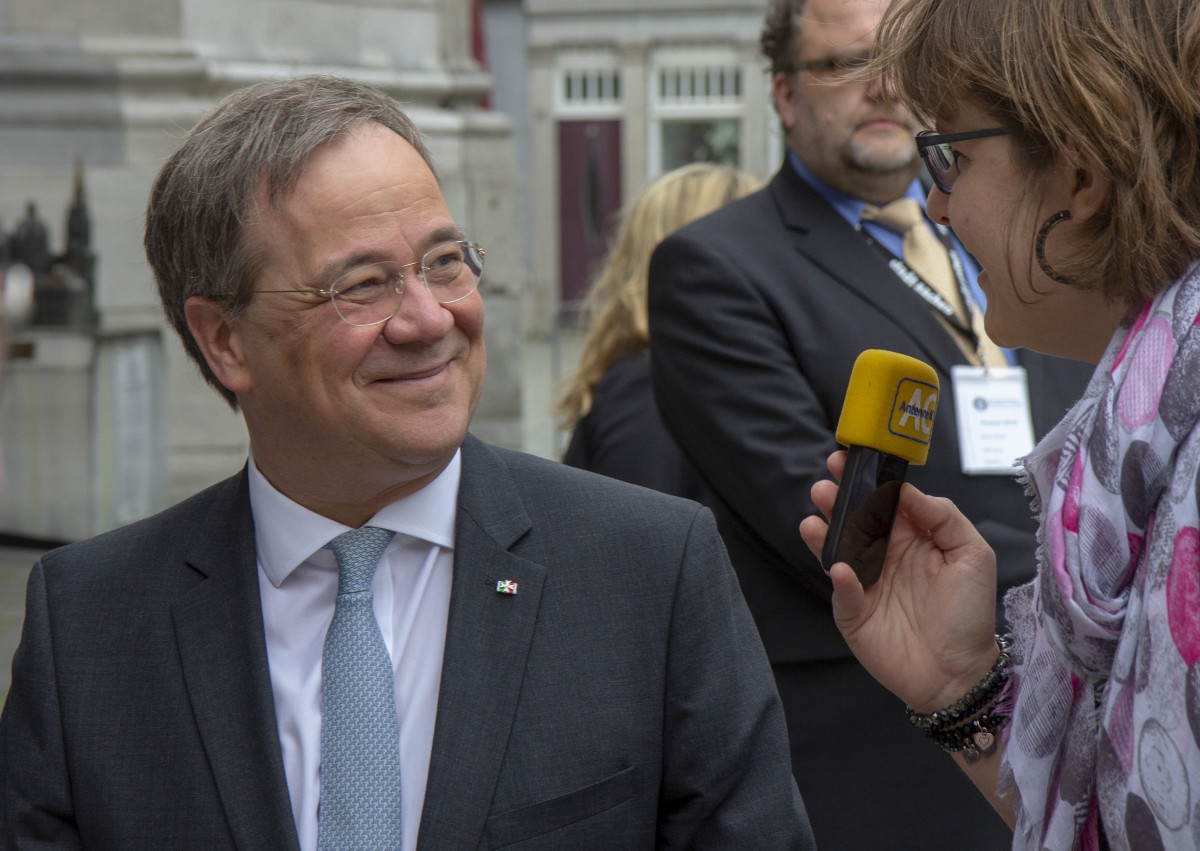 Armin Laschet has been elected the new leader of Germany's largest party, the Christian Democrats (CDU), clearing a major hurdle on what could be his way to becoming next German Chancellor. The premier of Germany's largest federal state, the traditional industry and coal mining heartland of North Rhine-Westphalia, is seen as a loyalist to Angela Merkel and stands for continuity with the parting long-term leader's centrist course, which could become difficult to maintain in a party struggling to assert its conservative identity. Even though he has been an ardent supporter of Germany's planned transition to a hydrogen-based economy, Laschet's reputation in climate policy is dominated by his pro-industry positioning in the country's coal exit negotiations and his government's heavy-handed handling of protests against a new lignite mine.

Germany's governing Christian Democrats (CDU) have ended months of uncertainty over who will become their next leader and voted for Armin Laschet, premier of the country's most populous state of North Rhine-Westphalia (NRW). Laschet, who is seen as a centrist likely to largely follow the moderate course of former CDU leader Angela Merkel, received most delegate votes at a digital convention of the centre-right party on 16 January. He relegated his competitors Friedrich Merz and Norbert Röttgen to second and third place, respectively, and succeeds as party leader current defence minister Annegret Kramp-Karrenbauer, who stepped down in early 2020 after failing to establish her authority in the conservative camp.

Laschet (59), who has been leading the conservatives coalition government of NRW with the pro-business FDP since 2017, could also be made candidate for chancellor by the CDU in the 26 September general election. Should he ultimately lead Europe's largest economy, his experience as a member of the European parliament might come as an asset in talks with EU commission head and fellow CDU member Ursula von der Leyen about details of the bloc's Green Deal, the EU programme to become the first climate neutral continent.

But Laschet's ambitions might still be thwarted by Markus Söder (54), head of the CDU's conservative Bavarian sister party CSU. The Bavarian state premier currently fares much better than Laschet in national polls and is seen by most Germans as the best candidate to follow in Merkel's footsteps after her planned post-election retirement. The conservative CDU/CSU alliance is set to pick its candidate for chancellor after two important state elections on 14 March -- in Baden-Wurttemberg and Rhineland-Palatinate --are over. According to a poll cited by broadcaster DW, 43 percent of voters would like to see Söder succeed Merkel, while only about 12 percent favour Laschet.

The NRW premier's performance in the run-up to the CDU vote, which was dominated by his unclear stance on imposing strict coronavirus containment measures in his state, failed to impress the electorate and saw him losing popularity. But Laschet surprised observers ahead of the vote that would see him carry away the CDU's crown on Saturday by appearing more ambitious and competitive the closer the vote was drawing. In his final speech built around the topic of "trust" ahead of the vote, he emphasised his working-class background and quoted his father, a former coal miner, as saying, "when you're down in the mine, it doesn't matter where your colleague is from. What matters is: can you rely on him?" The CDU delegates decided they can rely on Laschet, who faces the difficult task to maintain coherence in a party that is simultaneously trying to allure to voters from the environmentalist Green Party and the far-right AfD. With the party's widely popular figurehead Merkel leaving office after 16 years, the CDU under Laschet faces the double challenge of keeping former Merkel voters on board while at the same time quelling an internal power struggle over the conservatives' party identity.

Laschet, who graduated in law and worked as a journalist before fully entering politics and becoming a member of the European Parliament until 2005, is seen as the candidate most likely to continue on Merkel's path. But his climate policy record is regarded as somewhat ambiguous. During the public debates ahead of the party contest, he sought to present himself as a moderate broker of interests, pointing out his government's crucial role in negotiating Germany's coal phase-out. As the country's biggest coal mining state, NRW inevitably had a huge say in the phase-out talks, which Laschet's government ultimately supported and that will see the state do much of the heavy lifting in terms of early coal decommissioning. But the coal exit deal also brought him a great deal of criticism for his generous stance regarding compensation payments for coal plant owners and his defence of the newly opened NRW coal plant Datteln IV, which according to Laschet would "lead to reduced emissions."

"If he carries his NRW climate course over to the federal government, things will look bad"

Similarly, critics slammed his government's handling of the protests in the Hambach forest near lignite mine in Garzweiler, where the premier was accused of taking sides with mine operator RWE and disregarding the interests of the widely-supported climate activists as well as local residents protesting against the opencast mine's expansion. Climate activist network Fridays for Future greeted the new CDU leader on Twitter with a plea to halt the destruction of NRW villages for mine expansion, commencing just two days after his victory. For Green Party MP Franziska Brantner, the climate record of Laschet's NRW government therefore bodes ill for the CDU's climate policy future. "If he carries his course on climate and coal policy in NRW over to the federal government, things will look bad for climate protection in Germany," Brantner told news website Euractiv.

Following the coal exit deal, Laschet has largely moved on to a more optimistic narrative about the NRW's energy policy future, positioning the core state of German heavy industry as a vanguard for the production and advanced use of green hydrogen and called for easing regulation on environmentally-friendly projects, such as railroad construction. His state government coalition partner, the pro-business FDP, even stated NRW would be entering "a whole new dimension" in climate action through a range of ambitious policies. But in the last public CDU candidate debate before his election, Laschet warned against curtailing Germany's economic opportunities through "excessive" climate action that scares industrial companies away with high power prices and tight regulation. This is in stark contrast to the idea vigorously promoted in Merkel's government over the past years that rigorous and rapid climate action actually works as an asset that will bring more economic stability in the long term.

A tentative CDU programme he published together with his junior running mate, popular health minister Jens Spahn, had been criticised for remaining remarkably shtum on climate action and energy policy, with the most specific idea on the future of mobility being "flying taxis," rather than on how to manage the increasingly challenging transition in the car industry that touches upon the very core of Germany's industrial strength. News website Der Spiegel therefore concluded "nothing so far indicates that a CDU leader Armin Laschet will become a driver of climate action," adding that "this isn't enough for a chancellor in this decade that will be crucial for climate policy."

Whether Laschet is going to run for chancellor for the conservatives still is far from certain, given Söder's commanding lead in popularity polls. But the new CDU leader still has time to sharpen his profile now the internal party struggle has been decided in his favour and could again surprise observers by mobilising campaigning reserves on the last stretch of the race. Laschet might draw some comfort from knowing that he not only became premier of Germany's largest state four years ago after initially performing poorly in polls. He also knows that Angela Merkel's own candidacy back in 2005 had been met with enormous scepticism by voters and her own party, many of whom thought her too unimpressive and unpopular to lead the country.