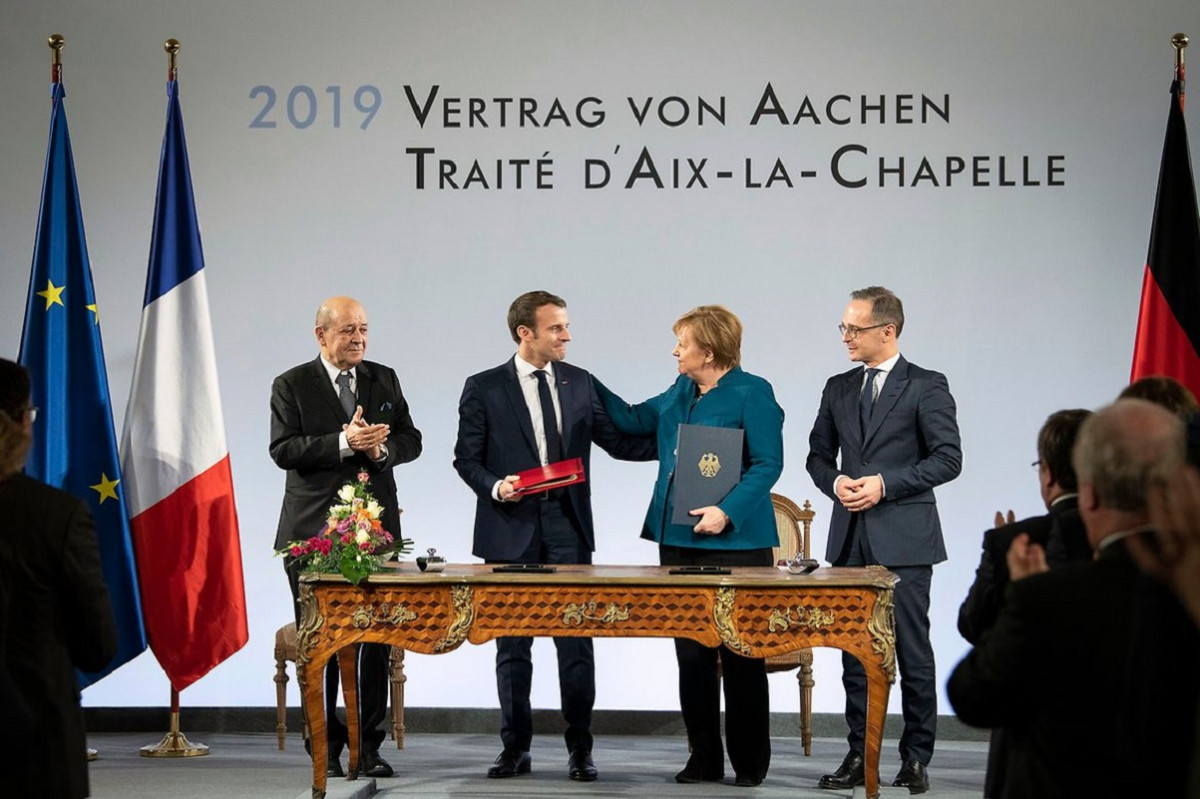 Germany and France have signed an update to their landmark 1963 post-war Élysée friendship treaty, showcasing their commitment to European cooperation in the face of Brexit and growing nationalism in several member states. The treaty calls for closer cooperation on energy and climate policy to strengthen multilateral accords such as the Paris Climate Agreement, but German NGOs criticised it lacked clarity and ambitious goals.

French President Emmanuel Macron and German Chancellor Angela Merkel signed the Treaty of Aachen which is designed to strengthen the Franco-German friendship and bring it to a "new level". The text addresses policy areas such as the EU, peace and security, but also energy, climate and sustainability.

The countries aim to work on joint initiatives and political strategies, “which include creating incentives for the transformation of their economies and supporting ambitious measures in the fight against climate change.” France and Germany pledge to “make sure that climate action is taken into account in all policy areas” and drive forward the energy transition.

“It lacks a vision, concrete measures and goals.”

With the new treaty, “climate policy cooperation becomes a main pillar of Franco-German partnership”, said environmental and development NGO Germanwatch in a statement. While the treaty offered opportunities to wean economic sectors off fossil fuels, the text lacked more concrete measures, said the organisation’s policy director Christoph Bals. “It would have been obvious to include the goal of greenhouse gas neutrality by 2050 in this treaty.”

Despite many good ideas, the treaty is no reason to celebrate in regards to climate policy, said Hermann Ott, member of the executive committee of environmental and development umbrella NGO DNR. “It lacks a vision, concrete measures and goals.”

Morgane Créach, managing director of Climate Action Network France (RAC-F), said the treaty lacked a plan to coordinate both countries’ energy supply transformation through exiting nuclear and coal. “Together, [France and Germany] could not only create millions of new jobs, but also develop the energy transition in a socially fair manner,” she said.

In an additional paper, the two governments formulate priority initiatives, which include intensified cooperation on energy policy, for example to discuss the possibility of a joint Franco-German chapter in the countries’ national energy and climate plans. The paper also calls for projects on cross-border mobility, the energy transition and innovation.

Driving forward the energy transition together will be a “big task”, said Merkel at the signing ceremony. “Everyone knows we come from different positions regarding nuclear energy, renewables and coal.”