The expansion of Germany’s offshore wind power capacity is progressing “according to plan,” but industry representatives still urge the government to do away with caps and significantly ramp up goals for capacity growth. According to the German Wind Industry Association (BWE), the country’s offshore wind capacity in 2017 reached 5.3 gigawatt (GW), generated by nearly 1,170 turbines in the North Sea and the Baltic Sea. They produced 18.3 terawatt hours of electricity last year, an increase of almost 50 percent compared to 2016. “We see an industry that has grown up,” Uwe Knickrehm of industry association AGOW told journalists in Berlin. He said problems in connecting new installations to the grid, a major obstacle in the past, have been largely overcome and offshore turbines have proven that they are capable of substantially contributing to Germany’s power supply and emissions reduction goals. According to Knickrehm, auction results from 2017, in which project developers offered to build offshore wind farms without support, warrant an increase of expansion goals to 30 GW by 2035.
BWE President Hermann Albers said the industry lobby group welcomes the increased renewables expansion goal in the coalition blueprint of Germany’s negotiating conservatives and Social Democrats. However, he added that “the lacking commitment to a carbon price shows that a market-oriented approach is still absent.” He said that Germany’s next government must not only increase the expansion of renewables, but also make concrete progress towards the gradual phase-out of coal-fired power production in the country.

Find the press release and report (behind paywall) in English here.

Southern German company Heindl Energy proposes to overcome one of the energy transition’s central challenges – how to store renewable electricity on a large scale – with a pumped hydro system that does not require mountains, reports Ralph Diermann for Spiegel Online. The company wants to use a massive rock piston with a diameter of at least 100 metres, which is lifted hydraulically using electrical pumps powered by renewable energy. Storage experts told the author that the idea is valid in principle, but many technical hurdles will have to be overcome. Heindl Energy, which has received support from a venture capital investor, is currently in negotiations to build a pilot project with a diameter of 20 metres in Saudi Arabia.

Find more information on the company’s website in English here. 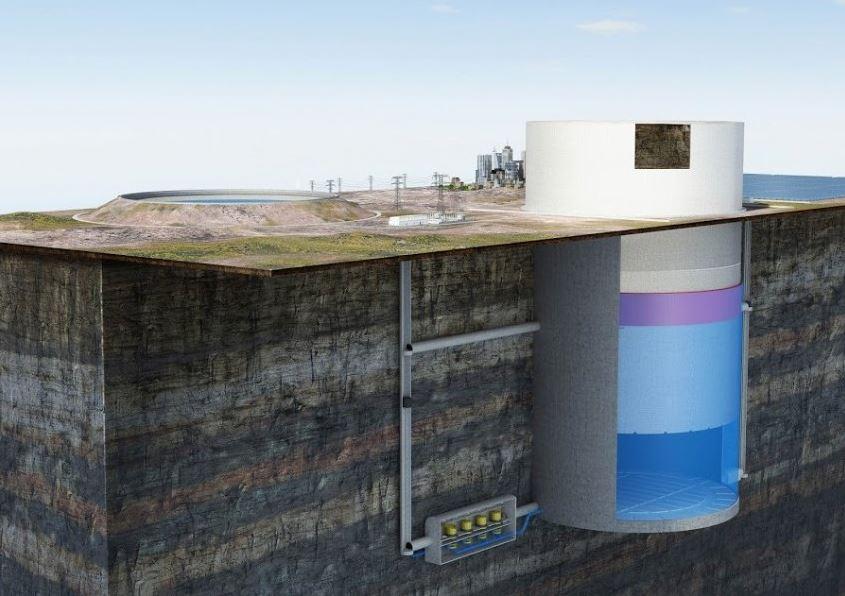 The German Federal Ministry of Environment suggests a new “social contract” to align the agricultural sector with the country’s environment and climate protection targets. This would include linking subsidies to farmers’ contributions to climate change mitigation and nature conservation instead of the size of their land. Environment Minister Barbara Hendricks said in an interview with Die Welt that emissions in particular from the agricultural and transport sectors have to be lowered to reach Germany’s 2020 climate target.

Read the BMUB policy brief in German here and the interview here.

Man-made climate change negatively impacts species in freshwater systems through rising CO₂ levels, write researchers from Ruhr-Universität Bochum (RUB) in an article in Current Biology. While ocean acidification is often called “climate change’s equally evil twin” and is being widely studied, research on freshwater systems is rare, writes the university in a press release. The authors researched how the pCO₂ (partial pressure of carbon dioxide) dependent freshwater acidification affected the small planktonic crustacean Daphnia, a food source for many larger organisms, and found that it affected their sense of smell, making them more vulnerable to predators. Studies on other species are now needed, write the authors.

Find the article in English here, and the university’s press release in German here.

Germany’s power industry will be able to supply the additional electricity needed for switching from combustion engine technology to e-mobility, according to a study conducted by Aurora Energy Research and reported by news agency Reuters. An anticipated shift to 40 percent electric cars on German roads by 2035 would create additional power needs of 31 terawatt hours (TWh), or five percent of the current annual consumption. “E-mobility will be the more economical choice by then and its impact on the German power market will tend to be moderate,” said co-author Benjamin Merle.