Preview 2021: ‘EU decision on 2030 target will set tone for next year’s climate and energy policy’ 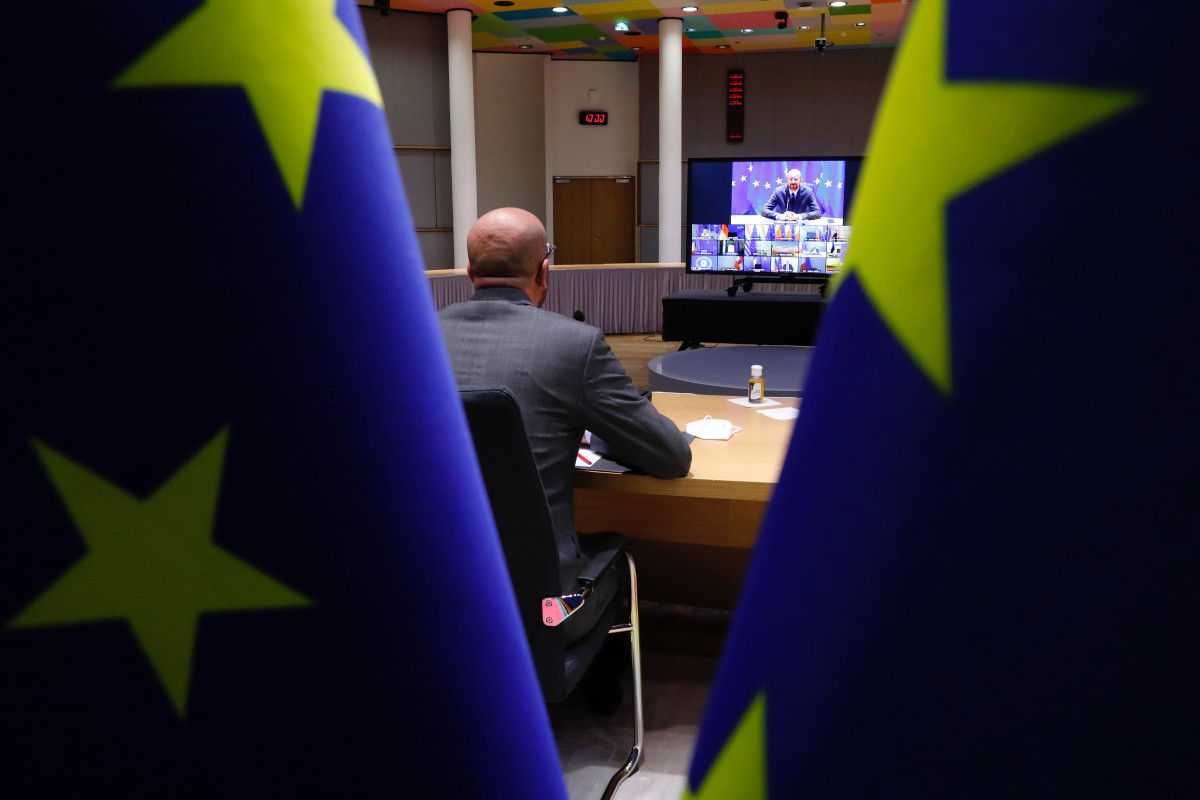 "Failure by the EU this week to agree on the 2030 target would be tantamount to an international embarrassment and a setback for international climate policy though," says Brick Medak. Photo: European Union.

The decision by EU leaders on raising the bloc's 2030 greenhouse gas reduction target has major implications for the Europe’s and Germany’s energy and climate policy in 2021 and beyond, says Brick Medak, head of think tank E3G's Berlin office. Heads of state and government meet in Brussels on 10-11 December to find a deal. The European Commission’s proposal to increase it was a major catalyst for countries across the globe to announce more ambition even before the target has been officially adopted and next year will see EU officials having to work out a whole raft of legislation to implement it in all sectors. International climate action also demands significant attention with the crucial UN climate conference in Glasgow in November. With a new target, the European Union, China and the US could become “climate superpowers” and pull along many others. That means Germany “cannot afford to focus only on itself” during what is at the same time a “super election year” with national and six state-wide votes, says Medak. 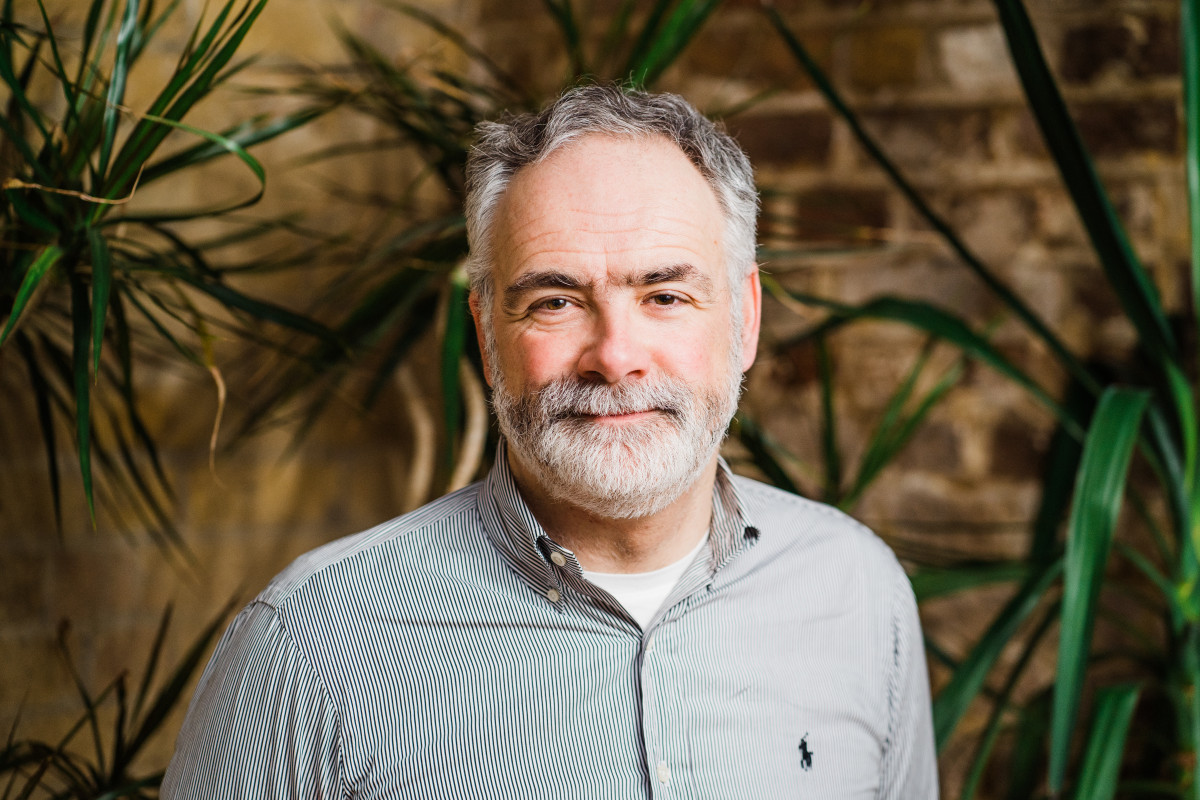 Clean Energy Wire: What will become important next year in European climate and energy policy, also taking into account the coronavirus pandemic and its effects? What will this mean for Germany?

Brick Medak: Much will depend on European leaders adopting an ambitious new climate target for 2030 at their summit this week and on the details of that target. For example, whether there will be two separate targets for CO2 reduction and CO2 sinks. Holding the EU presidency, Chancellor Angela Merkel and the German government have a key role to play here. Should the EU adopt a climate target of at least 55 percent lower CO2 emissions compared to 1990 without any tricks, this will clearly set the framework for 2021.

Germany can't afford to focus only on itself during the election campaign, but will have to play a major role in shaping European and international climate and energy policy.

Building off the decision on the climate target, the main focus of European climate and energy policy will be on the implementation of the so-called "Fit for 55" programme, under which the EU Commission intends to adopt regulations by mid-2021 to implement the new climate target and the European Green Deal. The targets for renewables have to be massively increased, the European emissions trading system has to be readjusted, a renovation wave for buildings has to be launched, ambitious measures for transport have to be adopted, and above all, the EU-wide phase-out of coal and gas must be accelerated. All this will have a major impact on Germany's Energiewende and, in the best case, will accelerate it considerably. Against this background, the German coal phase-out date of 2038, for example, is far from being realistic and the phase-out will very likely already have happened by 2030.

What will be the impact of the German national elections on the European energy and climate policy (and vice versa)?

Germany is not only facing nationwide elections in 2021, but also a super election year with six more elections at the state level. Usually, German politics come to a virtual standstill in such a year. 2021, however, will probably be different, at least in climate and energy policy. Germany, for example, will have to play a major role in the adoption of the Fit for 55 programme. Furthermore, the UN climate summit in Glasgow in November is imminent, and Germany must play a central role in making it a success. It can’t therefore afford to focus only on itself during the election campaign, but will have to play a major role in shaping European and international climate and energy policy.

Failure by the EU this week to agree on the 2030 target would be tantamount to an international embarrassment and a setback for international climate policy though.

Climate is also likely to loom large in the elections since climate change remains high on the agenda for people in Germany despite the COVID-19 crisis. The main issues here will be a faster phase-out of coal and gas, the accelerated expansion of renewables and more efficiency in the buildings and especially in transport. All key decisions on Germany's Energiewende will have a huge impact on European climate and energy policy. On the other hand, the Fit for 55 programme will also have a major impact on the German Energiewende. German and European climate and energy policy thus function like communicating tubes.

2021 is set to be the year of COP26 in Glasgow, should the pandemic allow for it to take place. Which role can and should the EU play in international climate action and who are the main partners/players it needs to interact with?

Here too, the decisions in the coming weeks will set the tone for 2021. The UN climate summit that was originally scheduled for November 2020 had to be postponed due to the coronavirus pandemic. Nevertheless, based on the EU's announcement to increase its climate target for 2030 to at least 55 percent and to achieve climate neutrality by 2050 at the latest, various countries such as China, South Korea, South Africa, Japan and Colombia have announced similar steps. In addition, US President-elect Biden, for example, has already announced his intention to re-join the Paris Accord, which Donald Trump had withdrawn from a few weeks ago. Other countries have also announced that they will follow suit at the UN Summit on 12 December. Last week, Great Britain also announced a target of 68 percent, thus putting the EU under even greater pressure. This race to zero towards climate neutrality should also encourage other countries to do more. At the same time, however, it is also clear that the current announcements are not sufficient to actually achieve the Paris climate targets. The international community would therefore have to tighten up its targets once again.

While the EU's announcement has been a major catalyst for this climate domino, the EU heads of state must still finally adopt the 2030 target at their summit on 10-11 December in order to meet international expectations. Failure by the EU to agree on the 2030 target would be tantamount to an international embarrassment and a setback for international climate policy, though.

But if a higher target is agreed on, it would send out a strong signal to the international community at the UN summit on 12 December, thereby maintaining a domino effect for 2021. The key partners here are China and the USA. If these three "climate superpowers" succeed in agreeing on an ambitious climate policy, they will be able to pull many other countries along with them. In particular, with its European Green Deal, the EU is playing a pioneering role in climate policy with a strong spill-over effect for many other countries. And not only in climate policy, but also in dealing with the COVID-19 pandemic. Only if the global programmes and measures to combat it are green enough will it be possible to meet the objectives of the Paris Agreement.

What do journalists need to have a close eye on when it comes to reporting on the very large package of climate and energy legislation proposals the Commission aims to present by mid-2021? What are the key issues?

With Fit for 55 the EU will indeed adopt a gigantic package in 2021 to implement the European Green Deal. Key issues here will again be the reform of emissions trading, the renovation wave for buildings, the accelerated phase-out of coal and gas and the expansion of renewable energies as well as measures in the transport sector.

Preview 2021 – 'Hydrogen in transport will be a major topic'