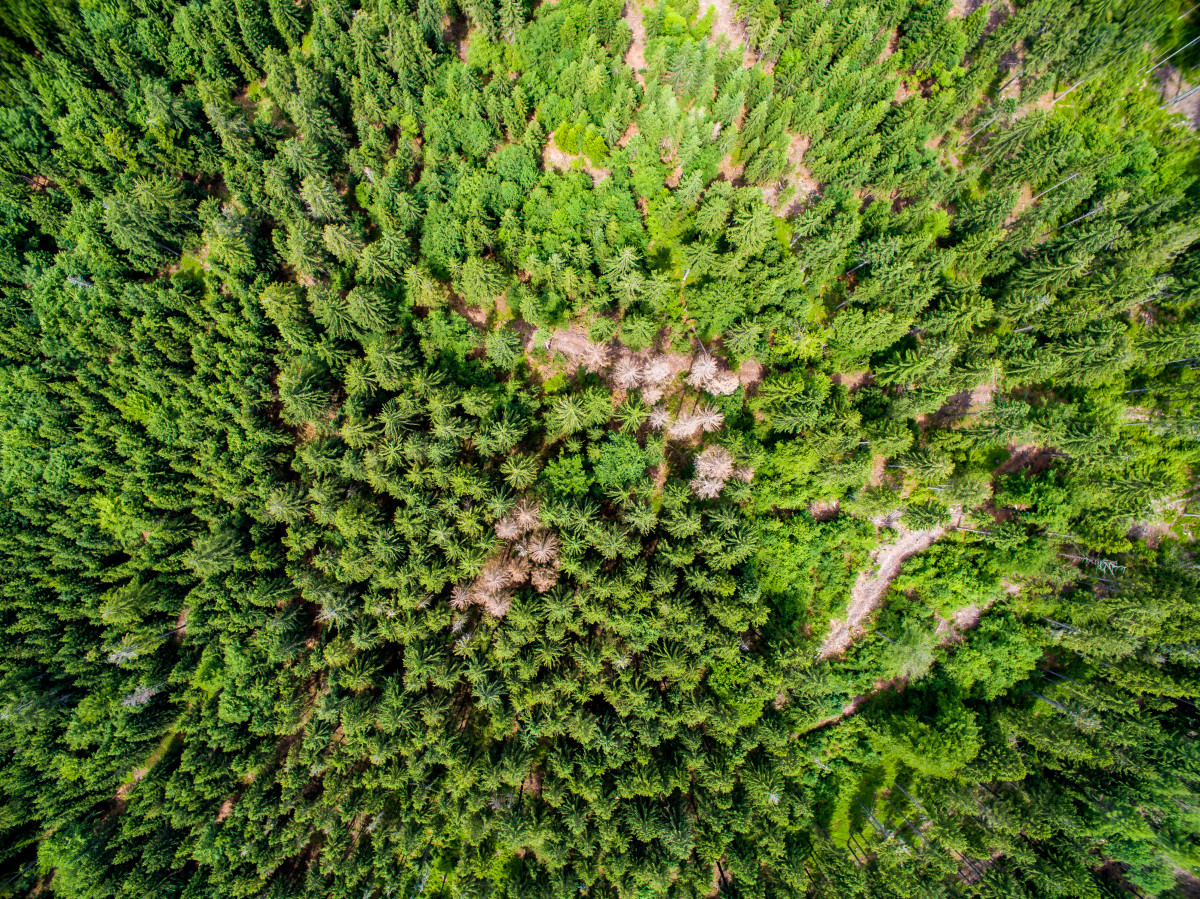 Extreme droughts and prolonged heat waves have significantly raised awareness of climate change dangers in Germany in the past years. And the changing weather patterns are also having a huge impact on the country's environment, as forests and rivers will likely change their appearance in a lasting way, says Alexander Marx, hydrology researcher at the Helmholtz-Zentrum für Umweltforschung. Global warming is a major factor behind recurring dry spells in the country. However, addressing the problem requires a different approach than just tackling climate change, in which action taken at the local level is much more more important than a comprehensive international response, Marx told Clean Energy Wire. 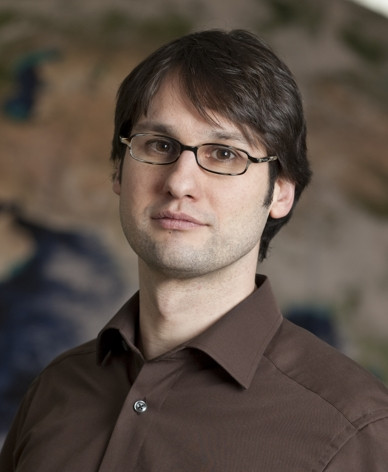 Andreas Marx heads the Climate Office for Central Germany at the Department for Computational Hydrosystem of the Helmholtz-Zentrum für Umweltforschung (UFZ) in Leipzig. Photo: UFZ

Thick and extensive forests are an internationally renowned symbol of Germany and today about one third of the country’s surface is covered by trees. Given the enormous strain that droughts have lately inflicted on German forests, will the country still look the same in 100 years?

Alexander Marx: This is very difficult to predict, but I doubt that the country's forests are going to collapse altogether. What seems clear is that we're going to lose parts of our forests to the droughts. About 200,000 hectares have been lost as a direct consequence in recent years. But what is more worrying is that the overall vitality of trees in the country has diminished. A survey of canopy densities in 2019 showed that only one out of five trees can be called completely healthy, whereas 80 percent suffered from frailties to at least some extent. So, some are saying that the structure of our forests is definitely going to change, since some tree species, such as the spruce, can no longer be sustained in large monocultures.

But then again, a restructuring of national forests has been going on for at least 30 years, as monocultures used in forestry are increasingly replaced by mixed woodlands. But tree species that are considered typical for Germany, for example beeches, have come under enormous stress from droughts and pests in the past years and this has worried forest rangers a lot.

Apart from forests, droughts also pose a danger to other parts of the environment, for example river systems. A case in point is the River Rhine, where low water levels have already caused severe problems for inland navigation. Is it possible that barges will no longer be able to use the river at all in the near future?

There are significant regional differences regarding the impact of droughts on rivers. Take the Rhine and the Elbe, two of Germany's largest rivers. The Rhine sources its water both from rainfall and from melting snow and ice in the Alps, whereas the Elbe depends almost entirely on rainwater. So, while shipping on the Rhine became very difficult in 2018, inland navigation on the Elbe had been suspended completely along vast stretches of the Elbe during the summer for some years now. Thanks to the Rhine's more diverse sourcing, it is highly unlikely that shipping there will come to an end completely in the next 50 years or so. But things might look different for other rivers.

Does this mean that a lack of rain poses a greater danger than glaciers melting due to global warming?

Yes, but only in the short term. But if the Alps' glaciers stop contributing as much water as they still do today, things might look very different. About one third of the Rhine's water comes from glaciers during the summer, which means that it's likely that disappearing ice sheets in the mountains will become an additional stress factor for the river. 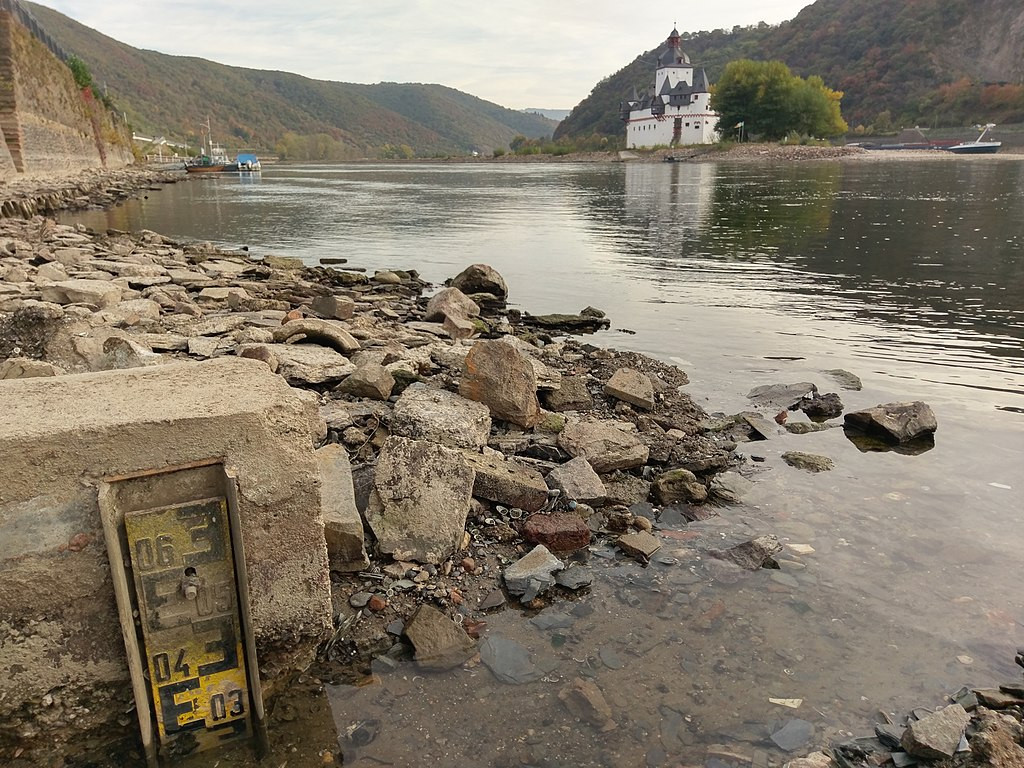 The droughts in 2018 and 2019 have greatly raised the alarm level regarding climate change for many people in Germany. To what extent is climate change responsible for the lack of precipitation and what other human-made factors might contribute to the dry spells?

Climate change definitely is the main factor at play here. In the past two years, we've seen a huge precipitation deficit, coupled with long-lasting heat waves. The duration of these heat waves has really been extraordinary and the heat causes a lot of water that is already in the ground to evaporate. In Leipzig, for example, you'd expect to have six or seven very hot days per year. In 2018, we had 36 and in the next year 29. And the situation was similar all over Germany. Greater heat also means people are using more water at home or for their gardens, thereby putting a further strain on water levels.

But climate effects are not the only problem. Soil compaction caused by increasingly heavy vehicles is a challenge that has been known for a long time, but it continues to intensify. Compact soils cannot absorb water as well as loose soil, meaning the rain just flows off and doesn't fill the area's water reservoirs. So, even if there was no decrease in rainfall, soil compaction means that water shortages can still occur in areas that are used for agriculture or forestry.

In the years before droughts became a major issue in Germany, one of the most common problems was flooding, basically the complete opposite to a lack of water. Are these two kinds of events not somewhat contradictory?

Not all kinds of floods are the same. Sometimes you will see floods as a result of heavy and often locally confined rainfall. This might well happen in one region while another one right next to it is experiencing a drought. In this case, you have an absorbency problem similar to that caused by soil compaction, meaning that the ground doesn't suck up the full volume of rainwater that is falling during a short amount of time, which then gathers at the lowest point to cause floods. A different kind of flood occurs when soils are already too wet to absorb even usual volumes of rain. 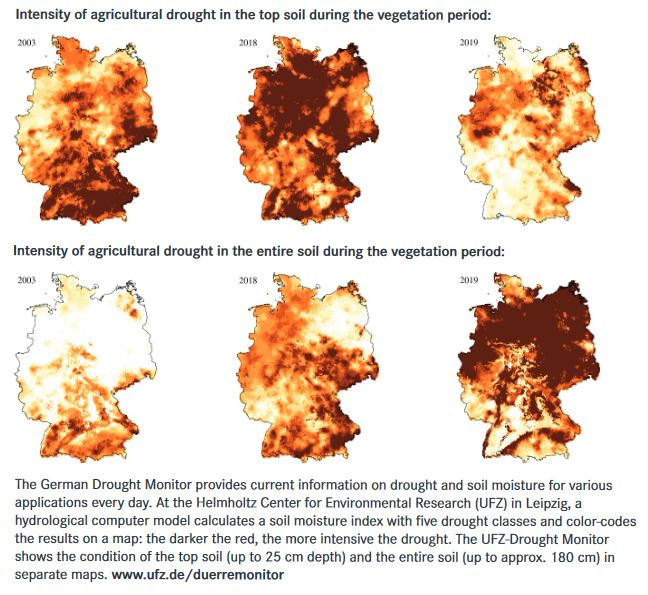 In line with many similar initiatives around the world, the German government has vowed to plant hundreds of thousands of trees in a bid to revitalise ailing forests and improve the country's greenhouse gas emissions balance by using the trees as natural carbon sinks. Given that recurring dry spells are already putting existing forests under a lot of stress, is this idea even viable?

It's true that forests are already heavily damaged, but there is no alternative to planting new trees – even though this will hardly be a measure that is going to massively improve our CO2 emissions balance. What's important is that more money is put into forest tending and that more staff is hired to carry it out on the ground. And it's important that this is also done at times when there's no immediate pressure due to droughts.

How much can Germany do on its own at all to protect itself against water scarcity? Isn't this something that, like climate action, requires a high degree of international concertation?

There's a huge difference to international climate action. Adaptation to droughts is a challenge that needs to be tackled at the regional and often not even the national level. The differences in soil structure and local microclimates are so vast that a sweeping solution can hardly be applied to all regions. Some regions in Germany, for example those near the Alps, receive up four times as much rainfall than others, such as in eastern central Germany. National governments or international institutions might provide some assistance in each case, but solutions have to be found by local decision makers.

Note: see this factsheet in English by Clean Energy Wire's partner project klimafakten.de for more information on droughts in Germany.

Climate impact of farming, land use (change) and forestry in Germany