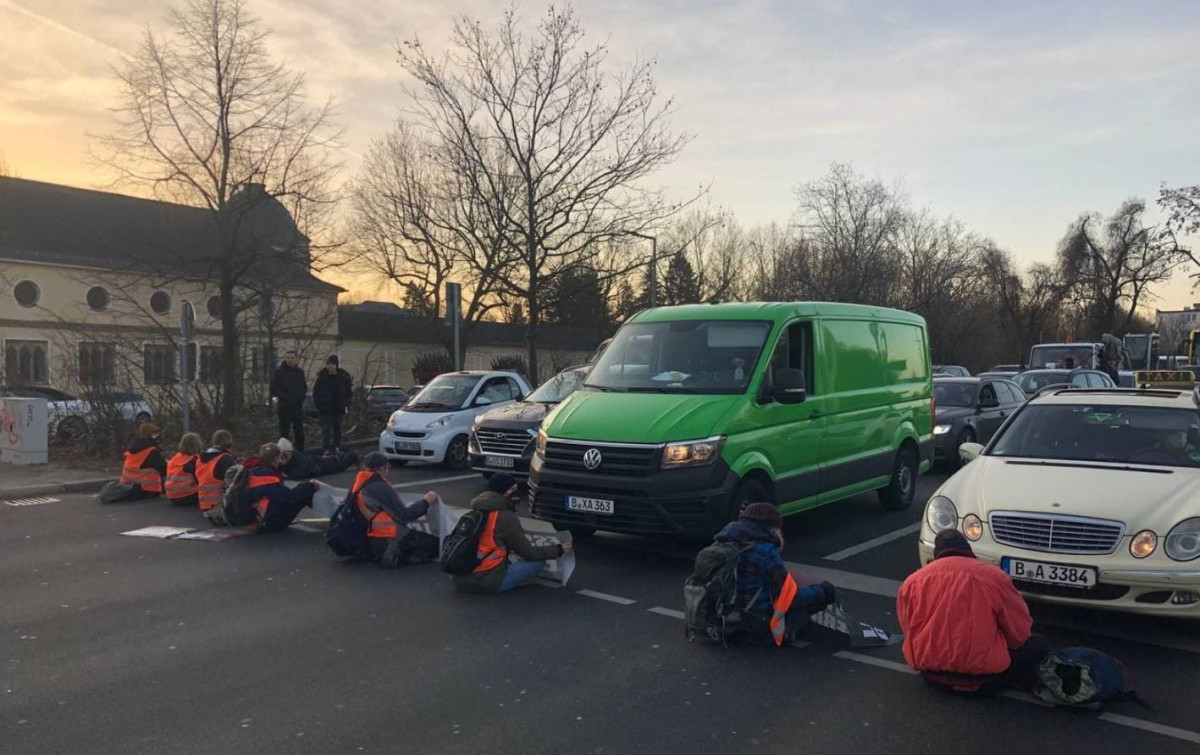 More drastic forms of climate protest such as recent hunger strikes and motorway blockades risk widening the divisions within the German youth climate movement, says social movements researcher Dieter Rucht from the Berlin Social Science Center. “If the climate movement should move toward more radical means of action, the division within the movement becomes clearer,” Rucht told Clean Energy Wire. Acts of non-violent civil disobedience by large groups can have a positive impact, Rucht said. "The real problem is when you go a step further and you commit acts of sabotage that are undertaken by a few."

Climate activists from the movement "The Last Generation" have received broad media coverage in Germany with disruptive actions such blocking traffic by gluing themselves onto motorways. The group focuses on preventing food waste, arguing that throwing away massive amounts of unspoiled products contributes to hunger and climate change. Their disruptive approach, which partly echoes the UK's Extinction Rebellion tactics, is met with sharp criticism, even among supporters of more ambitious climate policies. It also triggered a wider debate about whether acts of civil disobedience are a legitimate form of climate protest. The organization says that following a pause because of the war in Ukraine, it will ramp up blockages of roads, ports and airports. Clean Energy Wire spoke to Berlin Social Science Centre fellow and social movements and political protest researcher Dieter Rucht about the significance of more disruptive climate action. 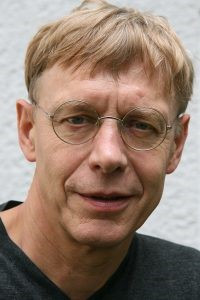 Fridays for Future mobilized masses of people on global action days, with the movement primarily led by school students and other young people becoming particularly popular in Germany. But when street protests become repetitive, they lose appeal for the media and it is difficult to continue increasing participation. I think the decline of mass mobilization is not due to the pandemic, but it’s really a sign of exhaustion. It is a sign of exhaustion from activists and organizers who are simply tired and could not keep up with the pace and enormous investment of their own energy. That’s why they are thinking of other types of protest including acts of civil disobedience.

The movement is not a unified body, and it never was. There are various tendencies that differ along ideological lines. Some people take the issue of climate change and link it to the issue of social inequality, the global North and South or are really addressing the problem of capitalism or neoliberalism. You already have these internal lines and tendencies. When the question is if the movement should move toward more radical means of action, this division becomes clearer. There is a risk that the movement is not only discussing this issue, but also becoming more differentiated with clearer dividing lines.

How does having the Greens in government affect the momentum of the climate movement?

In the medium run, the Greens will not meet the high expectations of many activists and thereby create frustration and attract strong critique.

Many critics of these disruptive actions argue they hurt and alienate average citizens rather than provoke change. Is this a fair assessment of the protests?

At this point we hardly know about the reactions of the population apart from some voices that can be heard or seen in media, but these reactions are based on a highly selective choice of the speakers or interviewees. To my knowledge there is not yet a reliable survey measuring the actual reactions. My perception is that most people agree that policy makers need to take strong measures. Nobody is embracing food waste, so everybody agrees with the aim.

But people are more sceptical about the specific actions. They don’t see, including myself, the direct link between doing something about food waste and blocking people who want to enter or exit the highway. This link is not clear and is not convincing.

A "Last Generation" activists cuts a fence to enter the airfield of Munich airport. Still from Youtube.

Do the protestors need to break the law to have their grievances heard? Will they lose momentum if they work within legal boundaries?

Breaking the law is a definitional component of civil disobedience, but to do so in a completely non-violent manner. As long as this is done with masses of people or in moderate form, it still has a potentially positive effect. The real problem is when you go a step further and you commit acts of sabotage that are undertaken by a few.

I think there will be a kind of alienation between those who are active for environmental protection and those who are in government with the duty to solve the problems - a gap between the expectations of extra-parliamentary groups and the government policies. We can expect a much a stronger critique of the government in the future than exists right now.

With Fridays for Future being the most popular, widely known organization, is there potential for more disruptive groups to take its spot as the next generation of activists? 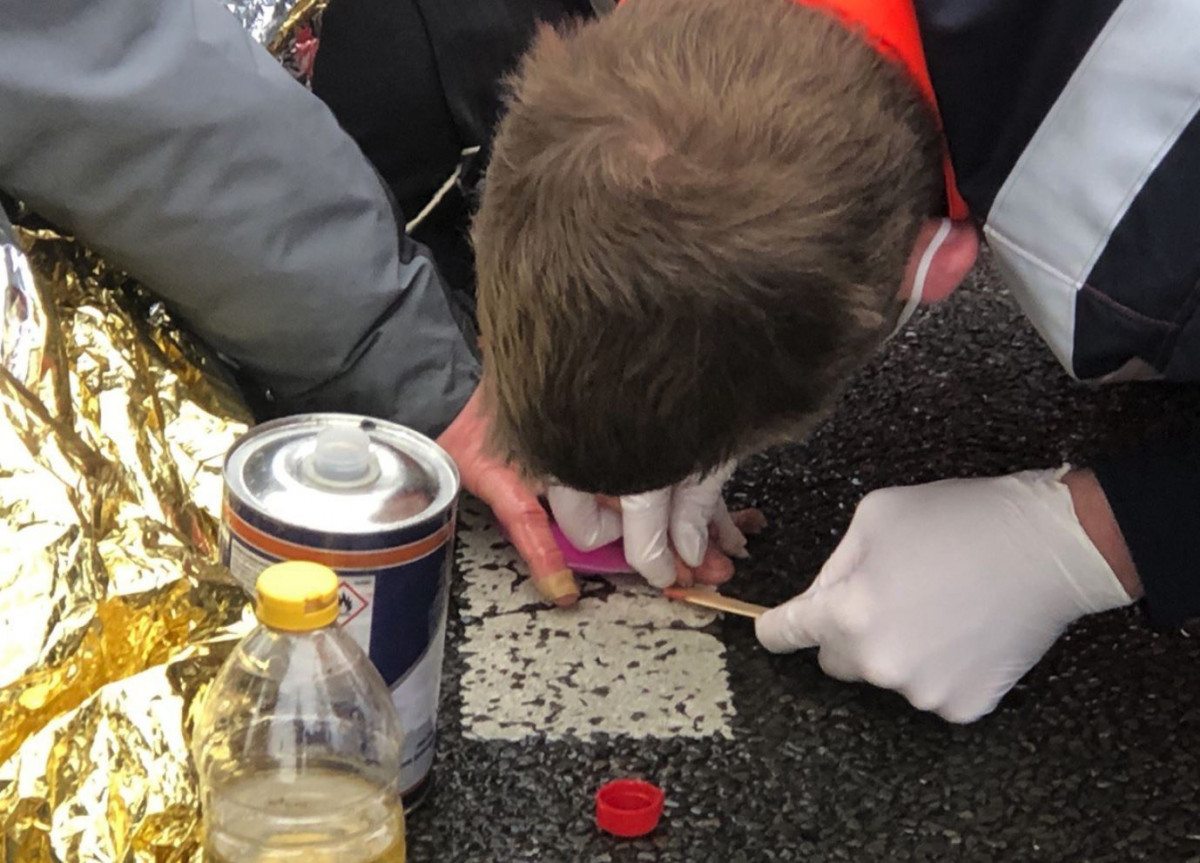 Police attempt to remove a protester who glued their hand to the road. Image by Letzte Generation.

Do you think participation in these more disruptive forms of protest will remain limited?

Yes, I think so, simply because the costs are high. If you look at the road blockings of the airports, there were four people involved in Berlin. This is already an indicator, in spite of the huge media coverage they have received in the last few weeks. They have a lack of support regarding real activists who are on the ground. I think if there would be more activists, more people ready, they would’ve shown up in greater numbers than just four.

Is it important that the climate movement has the support of the youth in Fridays for Future and The Last Generation?

Yes, this is their capital so to speak. It is far easier for them to get support and applause from the younger generation in regards to climate change. But we shouldn’t assume that the vast majority is supporting or active in the movement. The climate movement has always been a fraction of the youth in Germany and there were still many people involved in Fridays for Future.

How will the war in Ukraine affect future climate movement protests?

We can expect a stronger link between the topics of peace and climate and a growing critique of the planned expenditures for the army. In light of the current war, some parts of the Left have revised, or will revise, their position on NATO, now recognizing its importance as a protective shield. This, however, does not imply that they embrace the export of weapons and the extra funding of the German army.