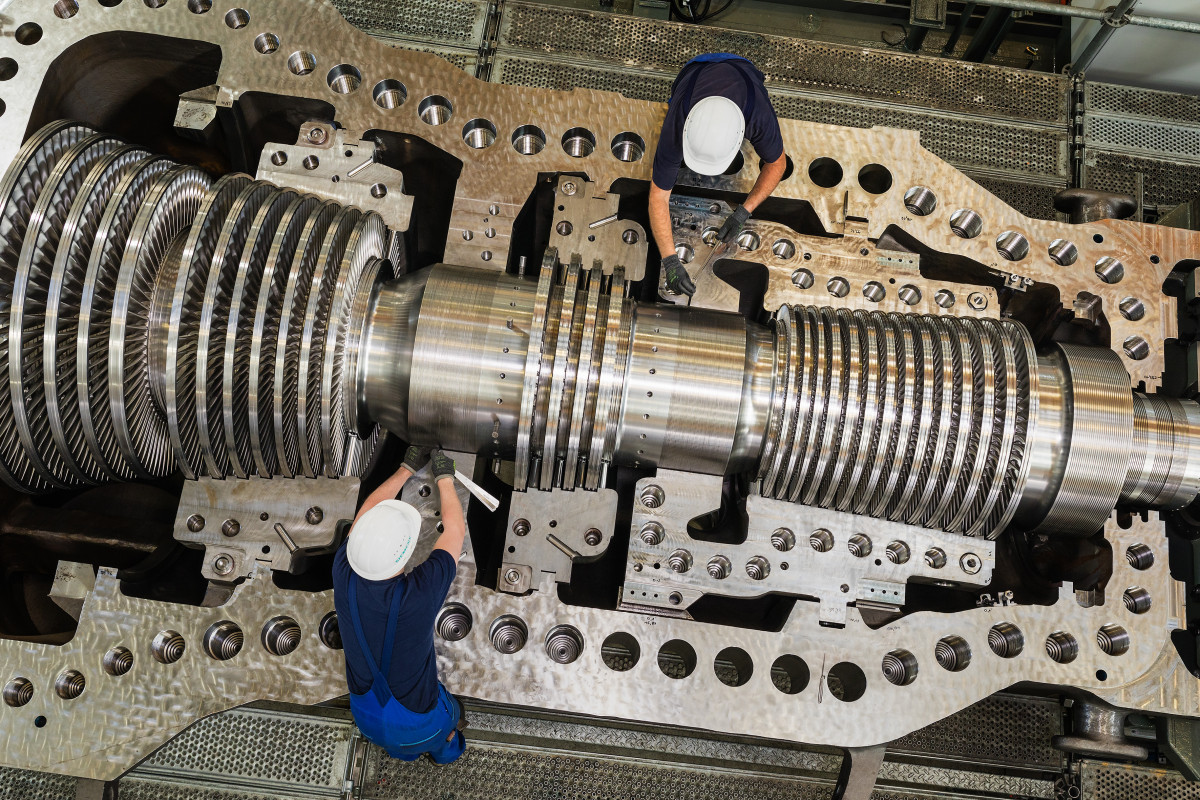 A steam turbine during final assembly at Siemens' site in Görlitz. Photo: Siemens

Siemens is planning a hydrogen research laboratory and innovation campus in the east German city of Görlitz, where the company’s turbine plant was previously due to be shut down. Chancellor Angela Merkel called the plans a “milestone” for Görlitz, which could turn the region – still very dependent on mining the lignite Germany plans to phase out – into a “region of innovation”.

Siemens has promised the eastern German city of Görlitz a laboratory for hydrogen research, an innovation campus to attract high-tech companies, 30 million euros in investments and 100 new jobs, in a declaration of intent, signed by the company, the Free State of Saxony and research organisation Fraunhofer-Gesellschaft. Together, the three pledge to “support structural change in Lusatia”, a region that still depends heavily on coal for income and jobs, and will be heavily affected by Germany’s planned exit from coal-fired power generation.

In addition, a research laboratory at Siemens’ site in Görlitz is to investigate the production, storage and use of hydrogen. Over the next five years, the site should create around “100 new, highly qualified jobs”.

It is also important that this energy region becomes a region of innovation. The foundation stone for this has been laid today with the hydrogen future.

“This is a milestone for the development of the innovation site Görlitz. This will be good for the region,” said Chancellor Angela Merkel, who visited Siemens’ turbine plant. Merkel stressed it was “important that this energy region becomes a region of innovation. The foundation stone for this has been laid today with the hydrogen future.”

The federal government plans to invest heavily in structural change in lignite mining states like Saxony – an estimated 40 billion euros over the next 20 years – as part of the country’s coal phase-out. “We will continue to make sure that this regional structural funding really makes progress...in a truly innovative way and at the highest level,” Merkel said.

Climate and energy policy are set to play a role in the regional elections in eastern Germany that are due to be held in September. The far-right party Alternative für Deutschland (AfD) is exploiting anti-government sentiment to discredit the fossil fuel phase-out and the expansion of renewables by calling them "imposed ordeals".

In 2018, Siemens announced that the company would shut down its turbine plant in Görlitz, endangering more than 700 local jobs. Following protests from workers and politicians, the company changed course, deciding to keep the plant and promising, as Clean Energy Wire reported, the declaration that has now been signed.

"With this Pact for the Future, we are keeping our promise to actively shape structural change in Lusatia," said Joe Kaeser, CEO of Siemens AG. “We are creating an ecosystem for one of the most attractive future fields in the long term when it comes to measures against climate change, and thereby also when it comes to securing Germany's competitiveness in future industries."

In a similar vein, state premier for Saxony Michael Kretschmer said, “the establishment of an innovation campus and research and development activities for climate-friendly and digital industrial processes will create new, highly qualified jobs”.