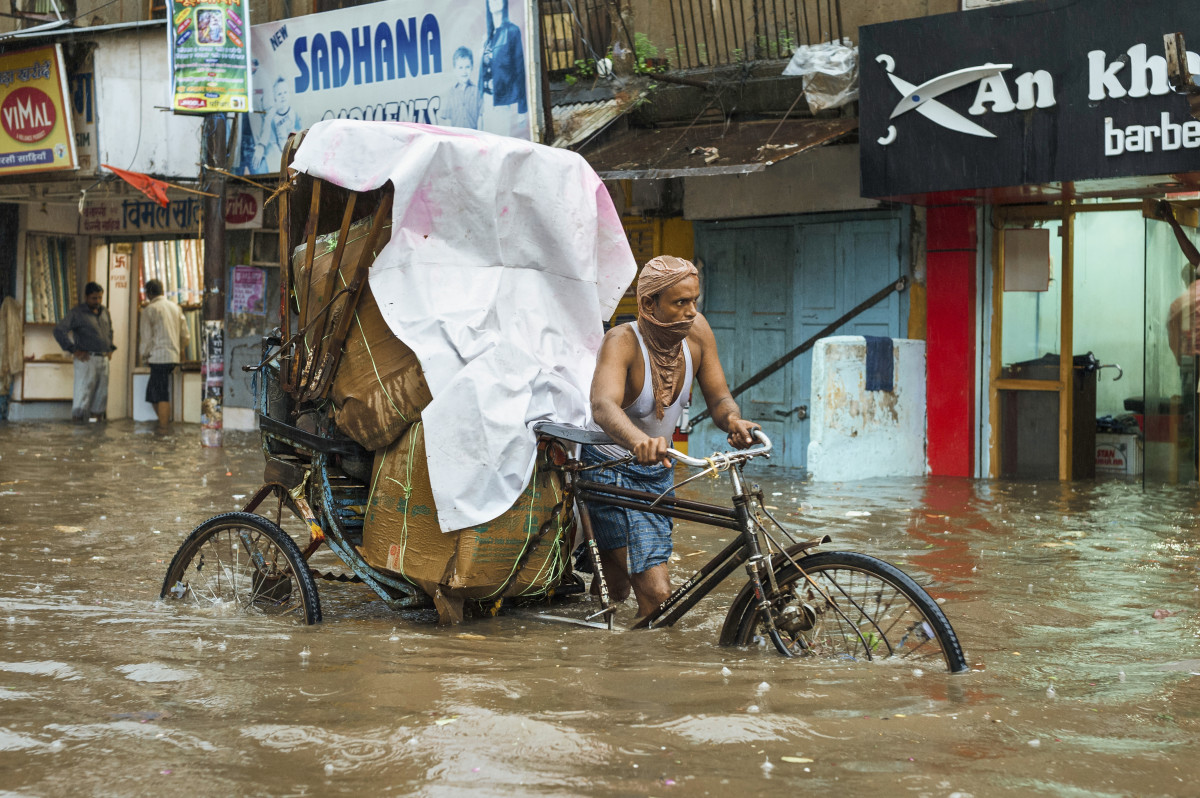 The world is already facing “unequivocal" consequences of climate change and damages will increase rapidly with rising temperatures, the United Nation’s climate science body IPCC is warning in its new landmark report. The paper on impacts, adaptation and vulnerability calls for “concerted anticipatory global action” to avoid missing “a brief and rapidly closing window of opportunity to secure a liveable and sustainable future for all”. German environment minister Steffi Lemke said that “independence from fossil fuel imports and climate action are more urgent tasks than ever” and that the government would seriously tackle climate change adaptation. Environmental NGOs called on G7 countries to accelerate the roll-out of renewable energies and abolish climate-damaging subsidies. [UPDATE: adds media commentary]

Leading climate scientists of the Intergovernmental Panel on Climate Change (IPCC) on 28 February 2022 published their Sixth Assessment Report (Working Group II) on “Climate Change 2022: Impacts, Adaptation and Vulnerability”. For the first time since 2014, the landmark paper details the scientific understanding and conclusions on how global warming effects humanity. It looks at climate change impacts on ecosystems, biodiversity, and human communities at global and regional levels. It also reviews vulnerabilities and the capacities and limits of the nature and people to adapt to climate change. Some key takeaways are:

"Independence from fossil fuel imports and climate action are more urgent tasks than ever. Only if we seriously advance both can we also manage the necessary adaptation to the climate crisis. The massive expansion of renewable energies and the necessary adaptation of society, infrastructure and ecosystems are a huge task for the future. The Federal Government will consistently tackle climate adaptation: Our precautionary adaptation strategy will set clear goals, and the Climate Adaptation Act will create a secure legal framework. […] With the Emergency Climate Adaptation Programme, we are expanding and supplementing existing measures. In addition, we are working on permanent funding for climate adaptation."

Germany’s development ministry will fund the InsuResilience Global Partnership initiative which insures poor and vulnerable countries against climate risks with an additional 21 million euros, the ministry announced on the day of the IPCC report release.  Development minister Schulze: "While industrialised countries like Germany can still limit the consequences of weather extremes and climate change to some extent with investments in adaptation and reconstruction, the least developed countries or small island states do not have this possibility. In future, German development policy will provide the most vulnerable countries with even greater support in coping with weather extremes or the consequences of climate change. Together with the G7 countries, the German government wants to create a global protective umbrella against climate risks, and strengthen and further develop the global architecture of climate risk financing and insurance for the poorest and most vulnerable people and countries."

UBA president Dirk Messner said that the IPCC analysis shows that climate change can worsen the livelihoods of future generations in particular. “We must therefore quickly and consistently push ahead with climate protection and climate adaptation. However, the new IPCC report also gives cause for optimism: adaptation measures are increasingly being implemented worldwide and are most effective when they are prudently planned and fit the regional and local situation. In many regions of the world - like here in Germany - adaptation measures are already taking effect, for example: more green spaces in cities, or when rivers and streams are renaturalised to reduce the risk of damage from floods. It is important to take climate risks into account in all forward-looking decisions."

The catastrophic consequences of the climate crisis and species extinction are a growing threat, Karsten Smid, climate expert at Greenpeace Germany said. “These developments are happening faster than climate science has expected so far - that is the alarming message of this report.” The IPCC report “provides solid ecological reasons for a determined expansion of renewable energies, the dramatic events in Ukraine provide emphatic political reasons,” he said. “It is now up to the German government, as G7 chair, together with the leading industrialised countries, to consistently accelerate the expansion of renewable energies and to finally altogether abolish climate-damaging subsidies".

Johan Rockström, Director of the Potsdam Institute for Climate Impact Research said that “the impacts of climate change are increasing rapidly, they are hitting us earlier than expected, and they are affecting more people.” He added: “A warming of just 1.5°C will endanger the livelihoods of billions of people, through heat waves, floods, droughts, rising sea levels. It is important to recognise that climate impacts are not just about temperature, but also about the health of natural ecosystems that determine resilience to climate change ... Solving the climate crisis must be done here and now and is our global priority for a secure and just future for the people of Earth.”

Climate change-driven extreme weather events have already caused major and sometimes irreversible damage worldwide - to an extent that far exceeds previous estimates, environmental NGO Germanwatch said. It added Germany had to experience this bitter reality last year, including a flood disaster that claimed more than 180 lives in addition to massive costs. But such catastrophes are much more common in the Global South, Germanwatch said. "Those countries and people who have contributed the least to the climate crisis suffer existentially from its effects - especially on the African continent," said Vera Künzel, officer for adaptation to climate change and human rights at Germanwatch. Rixa Schwarz, head of the international climate policy team, added: “The G7 must ensure that the 100 billion US dollars per year for climate protection and climate adaptation that was pledged by industrialized countries for 2020 will finally be achieved this year. The funds for climate adaptation in this package must be at least doubled."

"The summary of the current state of knowledge confirms what NABU has been demanding for years: the protection and restoration of natural ecosystems must be promoted at all levels. Once again, the connection between the natural and climate crises shows that they can only be fought together,” says NABU President Jörg-Andreas Krüger. NABU is pushing for a comprehensive renaturation plan for Germany that covers 15 percent of the land and sea area. “Synergies between nature conservation and climate protection must be created and the resilience of our ecosystems strengthened. This is the only way that natural ecosystems can effectively support us in climate adaptation and climate protection,” says Krüger.

Jan Kowalzig, climate change officer at the relief and development organization Oxfam said “the report presented today clearly shows that the consequential damage of the climate crisis primarily affects people living in poverty in low-income countries, who find it difficult to protect themselves against climatic changes, but who have generally hardly contributed to the crisis. The report underscores the urgent need for more support for the poorest and most climate-affected countries. […] The other central message of this report: How catastrophic the climate crisis unfolds depends on how quickly the world succeeds in reducing emissions of climate-damaging greenhouse gases to zero.”

Dr. Christiane Averbeck, Executive Director of Climate Alliance Germany, said "the current scientific findings on the consequences of climate change make it unmistakably clear: the way to a future worth living is to quickly reduce greenhouse gas emissions and protect and restore ecosystems. We call on the German government to use this year's G7 presidency to ensure that all G7 countries commit to ending electricity generation from coal, oil and gas by 2035. […] In addition to mitigation measures, the federal government must introduce a climate adaptation law that supports people and regions in coping with climate-related extreme weather events."

“The report has never been more political than today,” writes Bernhard Pötter in Tageszeitung (TAZ). “It speaks of global justice, good governance, historical guilt from colonialism and the fact that the poor, old, young, sick, indigenous and marginalized suffer particularly. That means: The climate crisis is not fate, it is caused by our actions and omissions. We have to make smart political decisions and then implement and control them. We created the global warming problem ourselves.”

“It is news that could hardly be more frightening,” writes Uwe Westdörp in Neue Osnabrücker Zeitung (NOZ). “According to the Intergovernmental Panel on Climate Change, a good three and a half billion people are already at high risk from the effects of ongoing climate change. But the news threatens to go largely unheard as the war in Ukraine eclipses all other issues. This is understandable on the one hand, but highly dangerous on the other, because climate protection cannot be postponed. It must be avoided at all costs as one crisis exacerbates the other.”