Factsheet
The growth of renewable power – which have lower production overheads – has forced down wholesale electricity prices. The “merit order effect” describes the mechanism by which the market price is set.

In the energy only market, the merit order effect describes the lowering of power prices at the electricity exchange due to an increased supply of renewable energies. The power price is determined by the “merit order” – the sequence in which power stations contribute power to the market, with the cheapest offer made by the power station with the smallest running costs setting the starting point. Power from renewable installations such as wind turbines and photovoltaic installations has to be sold on the exchange too, but these suppliers have almost no operating costs (since they do not need fuel or much manpower). That means they lower the entrance price and push more expensive conventional producers down the merit order (See Figure 1). 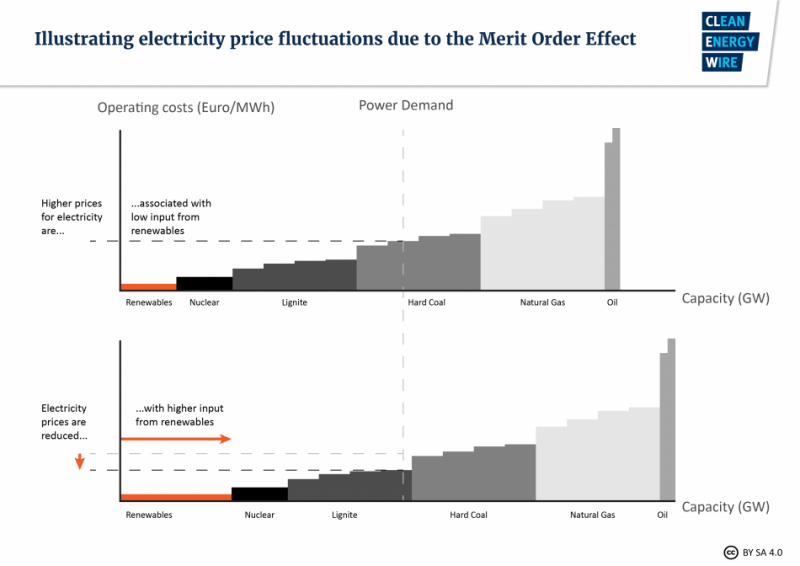 Power stations with high generation costs such as gas-fired and hard coal-fired plants (often owned by the large utilities or municipal utilities) are vulnerable to being pushed out of the market as they cannot compete at the lower prices. 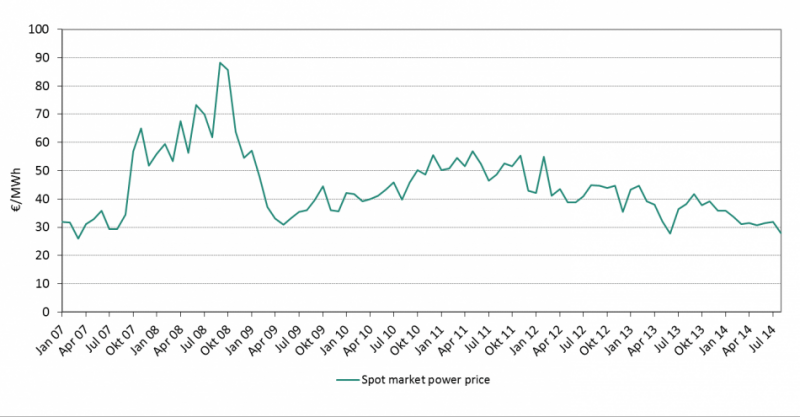 In October 2014, three gigawatts of gas power capacity were registered with the national grid agency (Bundesnetzagentur) as preliminary retired while overall net capacity of power stations – conventional and renewable – that feed their power into the German grid increased from 179.7 GW in 2012 to 188.1 GW (Bundesnetzagentur Monitoring Report, p. 35).

Another effect of increased supply from renewables, particularly solar power, is the flattening out of the daily lunchtime peak price at the power exchange. At this time of high demand, gas- and coal-fired plants used to be able to achieve high returns but with solar power production also peaking around noon, conventional power plants lost this important advantage.