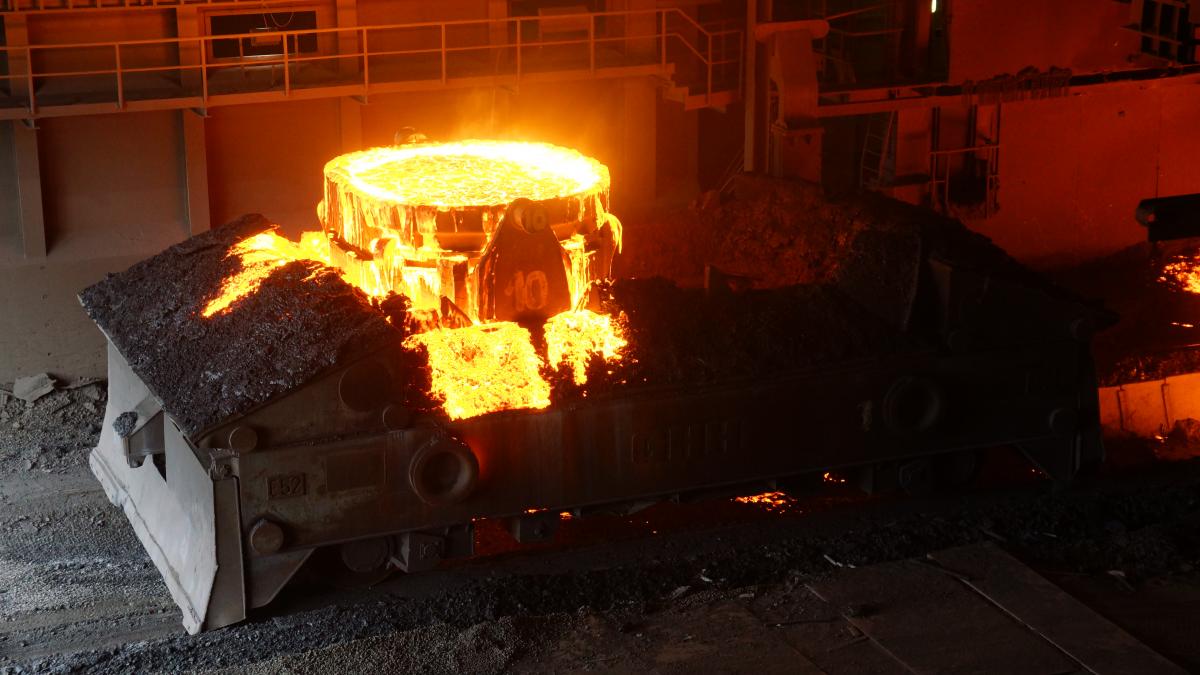 acatech calls for an open debate on CCU and CCS for industrial processes such as steel production. Source - CLEW 2017.

Germany needs to have a rational and open public discussion about carbon capture and utilisation (CCU) and storage (CCS) as ways to avoid releasing climate-harmful emissions from industry into the environment. A position paper by the National Academy of Science and Engineering (acatech), developed by representatives from research institutions, companies and NGOs, says the technology could be necessary for Germany to reach its long-term climate goals.

An alliance of German experts from science, industry, government and environmental organisations has called for an immediate and open public debate on whether and how carbon capture and utilisation (CCU) and storage (CCS) should be used as climate protection instruments for unavoidable industrial processes.

"We need a broad public discussion on how seriously we take the goals of the Paris Climate Agreement and what consequences we draw from them,” said Hans-Joachim Kümpel, head of the CCU and CCS - Building Blocks for Climate Protection in Industry project at the National Academy of Science and Engineering (acatech), which headed the alliance. “This also includes the question of whether we as a society keep the CCU and CCS options open to us,” he said at the release event for the group’s position paper in Berlin.

According to Kümpel, relevant technologies would have to be developed starting now to be available at scale in 2030, when the low-hanging fruits in greenhouse gas emissions reduction will have largely been picked.

The energy transition in Germany is in full swing and the country aims to become largely greenhouse gas neutral by mid-century. German industry is currently responsible for about 20 percent of total emissions. With its Climate Action Plan 2050, adopted in 2016, the federal government for the first time set a sector target: By 2030, industry’s greenhouse gas emissions should be roughly halved compared with 1990 levels – or reduced by a little less than 30 percent compared to 2017. In the plan, the German government says that the industrial sector is particularly challenging in terms of reducing emissions and that CCS “may be necessary” in the long run.

Reducing energy consumption and switching to renewable electricity where possible will likely be sufficient to reach the 2030 target. Further emissions reduction in industry after that is technically very demanding and costly.

While the German discussion on CCU and CCS has largely fallen silent because of public criticism over the involved costs and risks for environment, other governments have been pushing ahead with research funding and pilot project support. Norway is developing plans to capture and store huge amounts of CO₂ from European neighbours in empty gas fields under the seabed off its North Sea coast. The UK energy minister Claire Perry recently announced that her ambition is for her country to become a global technology leader in carbon capture.

For Andreas Bode, corporate technology expert at German chemical giant BASF, avoiding emissions in the first place has the highest priority where it makes economic sense. “From a technological point of view, almost 100 percent of avoidance is conceivable, but then you have to attach a price tag,” said Bode, who was part of the core group of experts working on the paper.

CCU – which makes it possible to use CO₂ and reduce its release into the environment by making PVC products, for example – can help reduce emissions, Bode added. However, related processes are extremely expensive and consume large amounts of the renewable energy, which is urgently needed in other sectors.

“CCS is the ultima ratio which we do not push, but we follow the debate,” Bode said about the idea of storing unavoidable emissions deep underground either on land or below the seabed.

The BASF representative says that a higher price on CO₂ emissions is necessary for the technologies to become a business case. “This highly depends on the type of process.” 100 euros per tonne of CO₂ and higher would be needed. “However, there are also processes where 500 -1,000 euros would be necessary.”

CCS must not be option to extend coal-fired power generation

Project head Kümpel emphasises that at this point the alliance does not advocate the use of carbon capture and utilisation or storage, but calls for a rational debate.

In the German public eye, CCS is a particularly sensitive topic at the moment. After strong public opposition, the country introduced a law in 2012 which gives federal states a veto right regarding carbon storage on their land.

According to Erika Bellmann, climate and energy expert at environmental NGO WWF, the debate leading up to the technology’s earlier rejection was misguided. “It did not centre on small amounts of residual emissions in industry, but was essentially about saving coal-fired power generation and the fossil energy industry. That led to many misgivings which cannot be dispelled overnight,” Bellmann – who is also part of the project core group – recently told the Clean Energy Wire.

“Because of the history of this debate, CCS has to be discussed in a very transparent and rational way now,” Bellmann said at the Berlin event.

Kümpel also made clear: “We do not see CCS as an option to extend coal-fired power generation.” For the alliance, CCS is explicitly seen as a way to deal only with emissions from the industrial sector, which are unavoidable due to production and cannot be used in any other way.

Thomas Gäckle, responsible for resource policy at the federal economy ministry, welcomed acatech’s project. “We are happy that these topics have found a platform for a large debate again. If we talk about climate targets, we also have to talk about the necessary conditions, and that includes CCU and CCS.” Gäckle said, however, that it was not enough to only deal with it on a national level and that it therefore had to be pushed into the European and G20 discussion.