Germany still lacks an overview of the total cost of the Energiewende and the government must improve cost transparency, efficiency and coordination of the energy transition in order to keep citizens’ trust, the Federal Court of Auditors said in a special report. The court, whose report has largely advisory character, called for the introduction of a carbon price to replace the large number of regulation and subsidies.

Germany’s federal court of auditors (Bundesrechnungshof) criticised the government’s handling of the energy transition as inefficient, and warned that citizens could lose trust without a change of tack. Germany is falling short of most of its Energiewende targets, including the reduction of greenhouse gas emissions, despite the “enormous” costs for businesses and consumers, the court said in a special report, which largely reiterated criticism voiced in 2017. The court is in charge of examining the federal government’s financial management.

“It’s sad that Germany has lost its leadership role,” the president of the court, Kay Scheller, said in a statement. “Germany started strong and now looks relatively weak internationally.” The situation was “unsatisfactory” in particular because the Energiewende had been launched to counter climate change, which was a key driver for migration, poverty and extreme weather events, Scheller said. The government needed better indicators to monitor cost and supply security, better coordination and more incentives such a carbon price instead of the existing plethora of complex regulations and subsidies, he said. 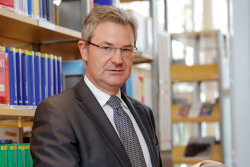 Chancellor Angela Merkel’s government has said that the country is on course to miss its 2020 goal to reduce carbon emissions by 40 percent compared to 1990. In particular, economy and energy minister Peter Altmaier has come under increased criticism from environmental groups, business lobbies as well as the energy sector for a failure to drive forward important legislation and projects such as the extension of power grids, seen as key to keeping the Energiewende – the dual shift out of nuclear and fossil fuels to renewable energies – on track. [Also read the CLEW factsheet How much does Germany’s energy transition cost?]

The German Renewable Energy Federation (BEE) voiced support for the auditors' call for a carbon price. Such a price was an effictive tool to reduce CO2 emissions, giving renewable power sources an edge over fossil fuels in the power and heating sector, the head of the BEE, Simone Peter, said in a statement.

The court of auditors said the economy and energy ministry, in charge of the energy transition, lacked the indicators and processes to define and to monitor the stated goals of affordability and supply security. The government could not provide a transparent cost overview, the court said. It estimated the overall cost amounted to at least 160 billion euros over the past five years alone. The court also said the ministry’s coordination of actors, measures and programmes was insufficient, and the steering, controlling and ability to react and to correct course was too sluggish.

The court’s report said the economy and energy ministry had rejected the criticism. The court, whose reports have largely advisory character, had drawn attention to a lack of cost transparency, inefficiencies and missing coordination on several occasions in the past. The government has put an expert commission in charge of monitoring the progress of the Energiewende. In its latest report, published in June 2018, the monitoring group had also concluded that Germany was about to miss most of its energy transition goals and urged the government to give the project higher priority.