Car remains Germans’ favoured means of transport, but it stands still more than 23 hours per day

Private cars remain the favoured means of transportation for most Germans, but they are only used for 45 minutes per day on average, a study commissioned by Germany’s transport ministry (BMVI) has found. About 43 percent of all trips are made with either a car or a motorcycle, practically unchanged from the last survey in 2008, the study “Mobility in Germany 2017” that surveyed a total of 150,000 people says. However, more people nowadays use car sharing services and the use of bicycles and public buses in cities has also increased. The authors say that especially older people tend to use a car, while younger citizens and those living in bigger cities “are following a different trend.” 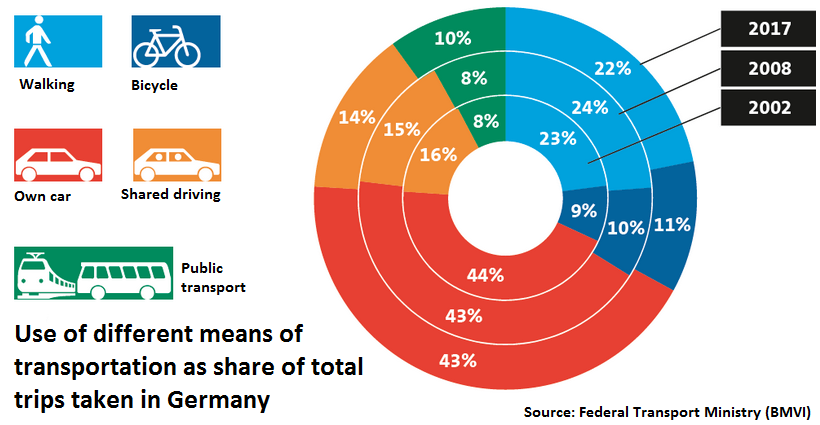